The Album Is Dead, Long Live the EP 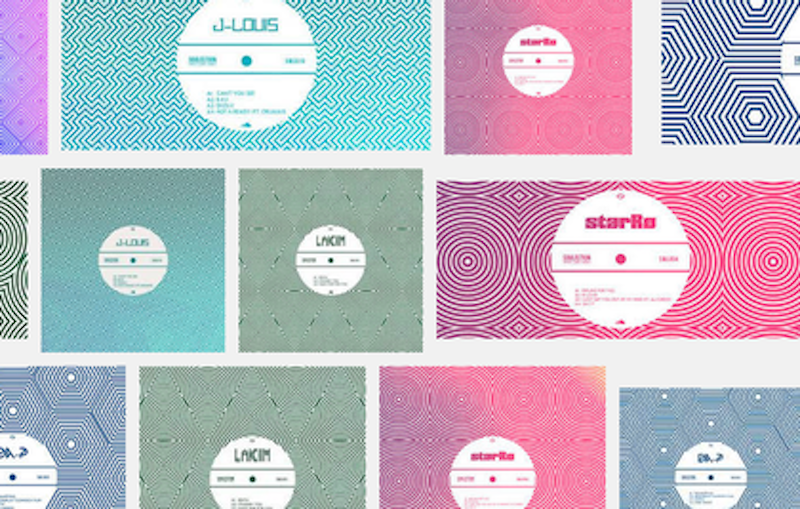 The death of the music industry is speeding along, as album sales continue to crater with no bottom in sight. Eventually, even old boring farts like me won't bother to download diddly; everyone will get all their music via YouTube or Spotify, and musicians will make money from live shows or not at all.

The new dispensability of actual physical albums is painful for those of us still wedded to outdated pleasures like album art and CDs. But it's opened up opportunities, too. Labels don't need to be megaliths with distribution networks anymore; other, smaller models are available. One of those is Soulection, a self-described "record label, radio station, and niche collective" based in LA, but (thanks to the Internet) with artists from all over, including some in Europe.

Soulection focuses on semi-experimental electronica and dance. They sell vinyl and the usual paraphernalia (t-shirts, stickers, etc.), and presumably their releases (mostly free) are intended to promote DJing appearances and production opportunities. In pursuit of those goals, they've started a series called White Label—mini four-song EPs, released as free samples, "to exposes as much talent as possible," as they say.

The White Label series is gimmicky, and at 10-15 minutes, the releases are over almost before you've started them.  Short can be sweet, though. Zikomo's White Label release, for example, is pretty wonderful, with a nice, droney R&B vibe. "Run Pon Dem Ting" is a mellow, head-nodding groove, while "Yo Yo" has a heavier, more drugged-out beat —there's some of the repetitive reiteration of footwork, though without Chicago juke's manic energy.  The stand out track is "Time," which starts with a smooth soul-sounding R&B hook, the singer declaring in an airy falsetto that "time is a friend of mine.” Then that hook starts to loop and the singer starts to skip like a CD player; it's two sublimely irritating minutes of psychedelic scratching.

Abjo's White Label release is even better. He's got a footwork influence too, but also seems to be channeling 90s electronica weirdos like Aphex Twin or Squarepusher. He uses beats like those guys did anyway—not just as the foundation of the track, but as skittering accents on top of it. He's got Aphex Twin's unexpected penchant for melody; "Introspection" sounds like blissed-out dream pop with hailstones falling on tin. "Selectal" sends keyboards and beats shimmying and sliding around each other; it's a dance track by which to throw out your discs. "Tomorrow's World" is a Kraftwerk-worthy title for a Kraftwerk-worthy track; keyboard washes racing you through a future city, as if Vangelis got sped up and whacked repeatedly about the skull with drumsticks. The EP is lovely, slyly funny, and hard to categorize; even Soulection seems a little unsure what to call it, concluding (aptly enough) "This is that deep thought music." Brief as it is, it's one of my favorite albums of the year so far. (Abjo's also got a full-length album available on the label which I plan to get—so the EP will generate some income for him, at least.)

Not everything on the White Label is quite that good. J-Louis' straightforward house is pleasant enough, but it's not revelatory; Losco makes some great grating, clanking, bleeping sounds, but I don't want to listen to them over and over, even at only 12 minutes in length. It may grow on me, though—and even if it doesn't, the process of discovery with the White Label releases is a pleasure in itself. Downloading bite-sized albums is as addictive as surfing from obscure performance to obscure performance on YouTube, but without the ads. Soulection probably isn't the future of record labels, but it is one lovely, digitally wrapped present.