In a world that isn’t mine. 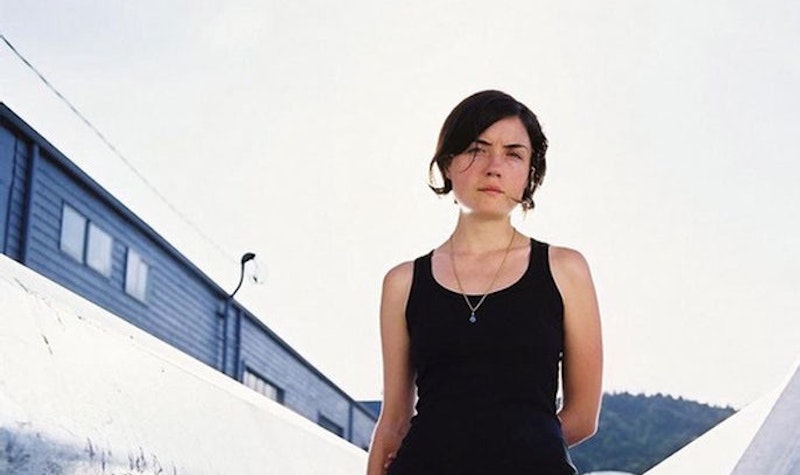 I rarely write negative reviews about bands or records I don’t like, so by now my archive of music articles is a trench of superlatives and roundabout recommendations, some more enthusiastic than others, but unless you’re playing stadiums, no band deserves to get kicked in the head these days, at least if I have the option not to. It’s difficult to come up with a new way of saying that something is good or great, but the music of Liz Harris, better known as Grouper, is hard to discuss without sounding evangelical. But why worry? Though I think it often, “Grouper is God” isn’t quite right—her music is a conduit through which the cosmos communicates with us. Her body of work is nearly a decade deep, without a single smudge or misstep, and though I prefer some to others (Alien Observer is her masterpiece), every single thing Harris has done is a religious experience. She’s my favorite artist in any medium—everyone else is rolling in the mud, while Grouper holds the answers. In her words, “fly back to the source.”

Her latest LP, Ruins, is a collection of sparse unaccompanied piano songs, four with vocals, four instrumental. Recorded in Portugal in 2011, Harris said, “When I wasn’t recording songs I was hiking several miles to the beach. The path wound through the ruins of several old estates and a small village. The album is a document. A nod to that daily walk. Failed structures. Living in the remains of love.” Grouper's music is melancholy but far from bleak. It’s the only music I’ve ever been able to sleep to—not boring, but soothing. The sound of Harris’ voice and the chords she favors are ghostly but free of pain, a soul leaving its body, absolved. Though her voice is more exposed than ever, the lyrics are still hard to make out, wonderful as they are. Two stick out: “Maybe you were right when you said I’ve never been in love” from “Clearing” and “I’ve got a present to give you when we finally figure it out” from “Call Across Rooms.” Both are achingly beautiful lullabies from another world, full of fog and snapped twigs. Harris weaves haunting images with simple gestures and phrases like the impatient tack-tack-tack of her playing on “Call Across Rooms,” or the gorgeous chord cycling of “Labyrinth,” which ends with the sound of her microwave beeping after a thunderstorm had knocked out the power.

Time stands still when I listen to Grouper. Even as I write this, my head is lilting to the side, eyes drooping, as chords drop out and come back in on “Labyrinth.” Her voice, her voice… consider the opening line of “Water People,” a single from 2011: “The stars are captured as they fall to the sea,” and the beginning of the last verse, “The loneliness I can’t describe in me.” From most singers it’d sound maudlin, but the tone of her voice makes you believe in every word, every sentiment. Harris’ music inspires a religious feeling in me, that her music comes from something outside of her. It’s the sound of nothing, the sound of everything, the end of time, the beginning. By refusing to tour or play live very much, Grouper has also managed to cultivate and maintain the kind of mystery that doesn’t really exist anymore in music. Grouper's music floats high above the clouds, blissed, mournful, constantly moving, constantly the same. It feels like the center of the universe, and with Ruins, Harris has added another amazing LP to her catalogue, a new batch of songs done in a new way that still sound like they’re coming from the same “source.” Hail Grouper, and may she live forever, as her music surely will.