Home Is Where the Havoc Is 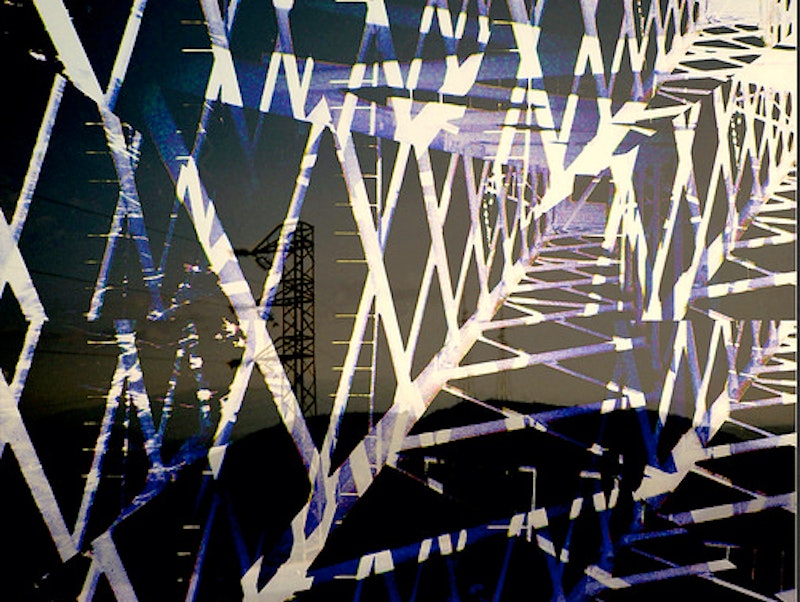 The “found” sounds had been piling up overtime—streams at night, random generators, thunderstorms, and traffic—but I hadn't known quite what to do with them or when, until a Facebook friend who happens to be a UK noise priestess put out a call for material for an anti-fascism compilation. Without even thinking about it, I cast in my lot. Suddenly I was committed, with five days to scare up the noise I’d been daydreaming about finally making for more than a decade. My first track was organic if conceptually unremarkable, a straight-up collage job: six short iPhone Voice Memos shepherded into a playlist, with a cassette capture of apartment ambiance humming along. I’m not ashamed of “Vaporized,” but its seams show, and I can be heard clicking and shifting amidst the splatter of rain, the sharp bleat of crickets, and the imperceptible shuffle of snowflakes. Listening to it is like watching a well-intentioned if bland student film made by a friend that you will never watch for fun in your spare time.

While the experience of building “Vaporized” felt curatorial, academic, even pat, midwifing “Condensed Raw” was downright gnarly. Weeks earlier, when the battery in the fire alarm in the hallway of my apartment house went on the fritz, the responsible course would have been to drag a chair out there to take matters into my own hands.

Instead, I left a running handheld tape player to capture 30 minutes of high-frequency, tea kettle mewling. “Condensed Raw” is three minutes and 22 seconds of exploration, pushing the limits of the tape player, waving the player over and against the iPhone—which I use to formally record—like a broken fencer’s foil to inspire the distortion devices inspire in one another, toying with volume, jabbing and jerking with a headphone jack to elicit weird, ringing absences of sound. As it happened, I could accelerate and decelerate the piercing tones on the cassette. I felt like a deviant, like Thurston Moore molesting a guitar with a drumstick or beer bottle live in concert or any of those noise artists I’d so envied onstage at Ende Tymes 2014—lunging about, fingers flying, gulping back excited laughter, lost in the moment.

“Condensed Raw” turned out so unhinged and assaultive that remixing it made sense. The original was loaded into the PC and played as I manipulated material from another cassette, from early summer, a sunny Saturday when my son and I were out on a walk. You can hear his laughter and chatter in “Condensed Cooked,” after the dirge of a passing airplane and before the unattributed body slam of random, warped sounds dumped into a very heavy, very rough mix.