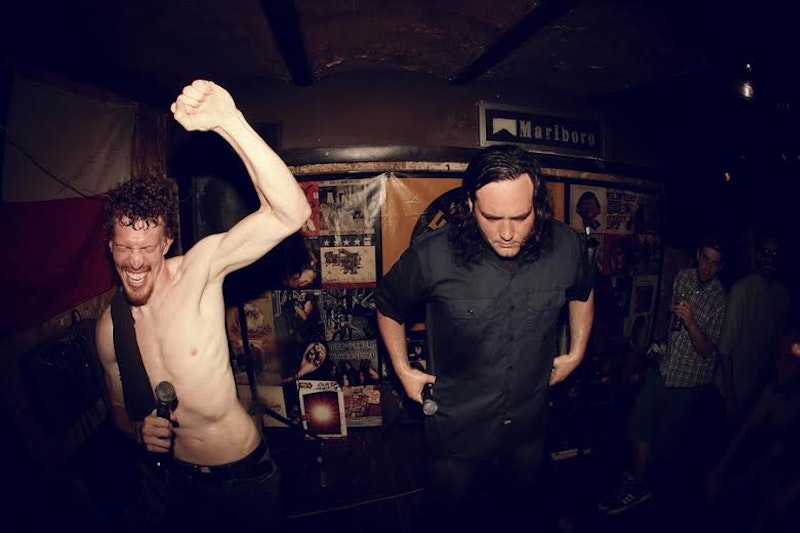 I turned 33 on tour. That night I played a show in Kingston, Ontario with three MC's I'd been working with for years. The sound guy and I had been on the road together. My friends Jenna and Christian surprised me mid-set with a box of donuts from my favorite local spot, and B Rich led the crowd in singing me happy birthday. I felt at home, and I'd have felt equally at home in Pittsburgh, Savannah and San Francisco. It made me think of how different my life and the music world seemed when I started touring 14 years ago.

As a kid, indie rock was all around me, and I was invited to be a part of it. Hip-hop was far away, and I consumed it through CDs, radio and magazines. As I came of age, I got the idea to combine the DIY touring band life I saw my older friends living with the rap music younger friends and I were making. I hadn’t seen anyone else do it, but something told me that was the move. I dove in headfirst, without much knowledge or direction. The Internet existed, but I didn't know how it could help or what it would become. The closest thing I had to a guidebook was the back of a Friendly's placemat on which a friend had written down 30 phone numbers of DIY promoters.

Rap touring instantly revealed itself to be a clusterfuck. When my friends in Oxes toured, they were able to link up with bands that had inspired them (Arab on Radar, Trans Am) as well as find new like-minded bands like Lynx and Karma to Burn. Baltimore's Charm City Suicides, while unclassifiable, were embraced as a hardcore punk band, and were able to play where the hardcore bands played. For an 18-year-old white rapper from Catonsville, MD, it was a different story. Indie rap heroes like Thirstin Howl III or Breezly Brewin’ weren't a phone call away. If there were other rap oddballs like me in DC, Philly or Richmond, I didn’t know how to find them. There had been a wave of art-rap like Anticon, Sage Francis and Atmosphere, but by the time I came along, those people had been beamed out of the DIY scene into another stratosphere of labels, booking agents and publicists.

What was left in the wake of previous indie-rap success stories was a mass of opportunists trying to work the power vacuum and become the next Eminem or Mos Def. I played with a lot of groups with names like The 5th Element or Ill Logic Society. Often it felt more like a talent search at a mall than a show. The MC's didn't like music as much as hearing themselves talk. The audience wasn’t comprised of fans but hip-hop entrepreneurs, pushing business cards and demos on each other. While the rock underground felt mysterious and powerful, a well-fostered community built with care, the hip-hop underground was hollow and doofy, like a bucket of crabs I had to escape.

My musical ideas were unique, but the audience wasn't in the market for unique. It would’ve taken a phenomenal live performer to get my ideas to fly in that environment, and I wasn't all that. I was the wack dude on many nights. I knew I could come out and pull the "When I say hip-hop, you say one love" routine and make a connection, but that would’ve compromised the mission. I could dress and talk differently and be accepted, but I didn't want to disguise myself. If I couldn't be honest what was the point of it all? I knew I had to stick to my guns, but it often felt lonely and hopeless.

So what happened? I guess things just slowly changed into what I’d always wanted, and I didn't fully see it until now. Taking Eze Jackson on his first tour made me realize how much the world around me has evolved. After hearing horror stories about touring, he was surprised that we dealt with so many tight, boundary-pushing MC's, and so few assholes. I realized the wack MC's had largely gone away, and a tight new rap underground has risen over the years.

Eze asked me where I met the other acts on the tour. In answering, it was clear how much this network of weird rappers and I have been woven together into a larger tapestry. Bookhouse was the punk/rap duo we played with in Chapel Hill, but before that, they were kids that went to Height shows in North Carolina. Lord Grunge was the wild man that rocked a short, hype set in Pittsburgh, but for the past 18 years he's been one half of Grand Buffet, my rap mentors who showed me the ropes. P.T. Burnem was the dynamic live MPC basher/world traveler who headlined our Richmond show, but he was just a crazy kid hanging around Catonsville when I invited him on his first tour.

When we talked about cities and scenes, it was the same. The Northeast was receptive, but it wasn't like that before people like Seth on Gray Street, Jack Toft and Ceschi helped build new scenes. The South was tough for me until I met Plucky Walker in Asheville, A Student uniVersal in Knoxville, and noise hip-hoppers Salvo in Columbia. Back in 2000, unorthodox acts like these might’ve been buried under the mass of chuckleheads. Now their time has come, and they hold down important pockets of the cultural life of their towns.

We ended the tour with a packed show at Eris Temple in Philly. All the acts on the diverse bill pushed their way to the front to see each other's sets. There was a young kid doing his first show, and I knew it was going to be a sweeter memory for him than some of my early experiences were for me. As Gavin Riley closed out the night with a final track, it hit me: I have what I've always wanted, right here and now. We're not just struggling to try and do it. We're doing it. We're no longer just laying the foundation for some future moment. We're not isolated odd ducks trying to find homes. We've found each other and we've built a world together, for us and for everyone else that wants in.

I remember when it seemed like we were all separate and trying to do things. Now we're connected, and we've done things that have a place in the world. I think of myself as Height the Rapper, and I like when people recognize what I do. But it's even cooler that I can be noticed as a guy who's credited in the liner notes of P.T. Burnem's Paper Cranes, or the guy that spit blood in Mrs. Paintbrush's face in a Grand Buffet video. The worlds we made up in our basements are real. I started touring with Dan Deacon a decade ago, and now I travel the same roads with an MC who samples Dan's music and cites him as an inspiration. More than ever, I'm meeting young kids that I know will be inspiring the next crop of outcasts in 2024. Their story is just beginning, and we're all a part of it.

This is an actual DIY rap scene, not made up of "unsigned" artists trying to get in, but people who take things into their own hands. This is avant-garde; not jokers imitating the last thing that worked, but people making up new things that may or may not work. It's small, it has no name, and it comes with no hype. If you're waiting to get the memo from Pitchfork about this cool scene, it won’t happen. Still, a new world exists for us. The true believers have stayed the course.