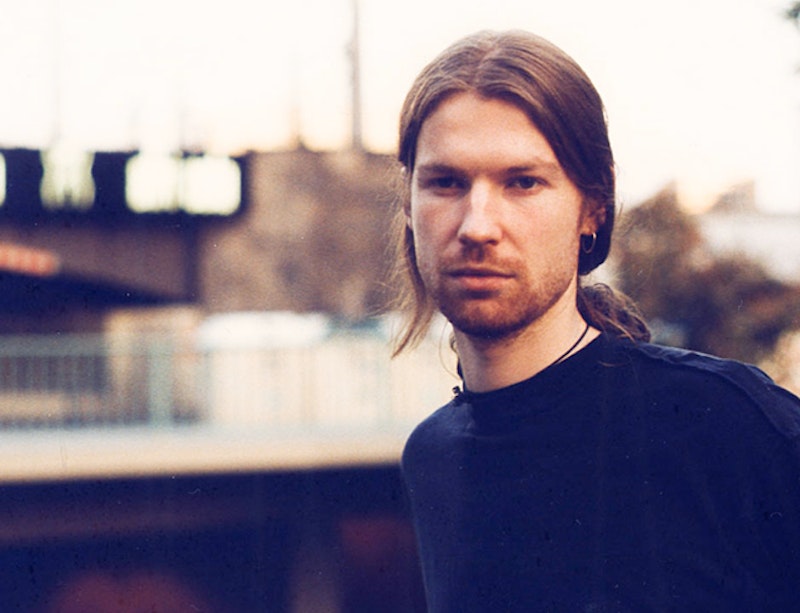 Given that the Syro track list is a murder scene of number + nonsense word compounds, and because no one has had the decency to post a YouTube or Soundcloud stream of this song or the full album that isn’t pace-staggered or outright fraudulent, know that “180db_ [130]" is the fifth cut, is brief and is drenched with starch. It begins as a surge of agro-vintage rave, mutates into hyperactive Richard D. James daydreaming-in-myriad directions and then expires as a programming drum clinic of sorts. Less a comeback bid than the ultimate in “IDM comfort food,”Syro boasts diversions creamier, crazier, more telescoping—“180db—[130]" is really a snack, or an intermission—but I’m forever charmed by whichever noisome effect is employed that somehow imitates both a DJ scratch and an expert beatboxer simultaneously.

Shellac, “All the Surveyors”

Since hyper-indignant Shellac is awesome Shellac, “All the Surveyors” is a damned rout, even if the tune feels unfashionably late to the all-transparency, all-the-time party. That taut, punishing physicality elbows you into a corner, outfits you with a tinfoil hat, and then busts into conspiracy-nut self-parody so bald and fumbling—the wide-eyed crow caws (maybe because vultures are mute), the paranoid surveillance-state psychobabble, the jostle of multiple voices—that you should already be laughing along with Steve Albini. Not necessarily laughing because these are the delusional ravings of a loon, but because you well know that we’ve all already been weighed, measured, and mapped by the surveyors, who aren’t wearing jackboots or flying black helicopters; they’re peddling killer apps guaranteed to solve all of our problems at the swipe of a finger. Anyway, kudos to Shellac for making the illusion of raging against the not-so-impending Singularity feel hilarious and vital for three minutes.

Tony was always around and I didn’t care, really. I can ride with Gaga for "Telephone" or that Saturday Night Live episode where it was just her and a piano, but beyond that, it’s cold admiration at a distance: wholly appreciating that she’s an idol for various minorities, genders, sexual orientations, and artistic camps without feeling any desire to get personally involved. So I was shocked to find Cheek to Cheek such a delightful invitation to take both Bennett and Gaga seriously even as they’re clearly at their least serious. The theme is standards presented in jazz style, mostly duets—lithe drumming, lotsa pianos, ad-libs galore—with everybody maybe kicking back a few drunks and peeling off the minks and fucking around in high style like the pros they’ve long since proved they are.

The collective euphoria high is such that this thing feels like a Christmas album. The title track is fun, and representative of the whole: Gaga’s vocal tone is full, slinky, nuanced, controlled, versatile; coarse but stolid, Bennett’s a Swizzle-Stick Rock of Gibraltar you could imagine holding down a twice-weekly Vegas residency even with age 90 coming up. They sound dynamite as a duo. The fact that I have a recent weakness for this sort of schmaltz—Dean Martin, Frank Sinatra, “Baby It’s Cold Outside”—may color my impression somewhat. But—but—listen to how these two attack these buh-bops at the end. Seriously, why shouldn’t they stay on this particular path? This is some dream-team shit.