That Right There is Your Grandfather's Chair

Henry Canyons’ Cool Side of the Pillow looks forward and back. 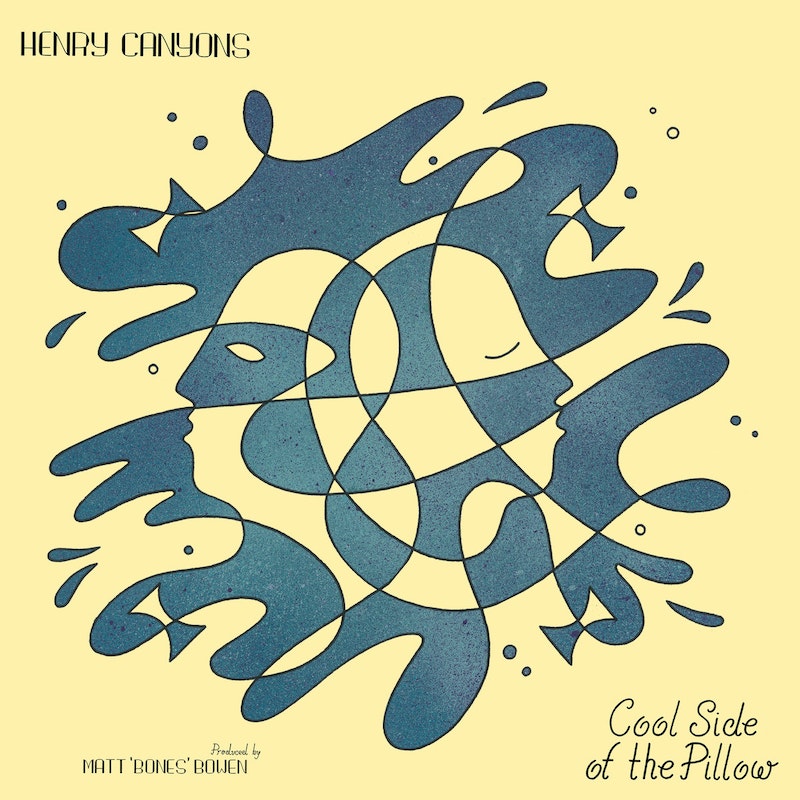 "I'm older than my father when he had me/not sure if that means I'm doin' well or more badly," guest star billy woods muses on LA-based rapper Henry Canyons’ new album, Cool Side of the Pillow. The song is "It Don't Mean a Thing," referencing Duke Ellington's famous 1931 composition, and its jazzy bassline provides a sleepy, retro-lounge groove. A disembodied voice declares, "It don't mean a thing if it ain’t got," and trails off, as if uncertain what's needed for meaning, or how the past precisely fits into the present. The track's nostalgic, but the nostalgia fits uncertainly. The past feels good and feels unnerving—it's a resource, a reassurance, and a reminder that you've got something to live up to.

Hip-hop has always had an unusual relationship to history. Originally, rap was a bizarre, innovative, forward-looking genre made out of vivisected bits of older records. DJs didn't cut ties with what came before, but instead figured out a new way to relate to it. Now that hip-hop has its own decades-long history, the shock of the retro-future has worn off; Canyons' music doesn't sound disruptive in 2018. But the New York born rapper has on old-school ear for the juxtaposition when throwback beats are re-spliced into something comfortably weird and weirdly comfortable.

Most of Cool Side of the Pillow stays in a mellow mid-tempo, with harmonically intricate jazz samples, polished production, and hip elusive lyrics—if Steely Dan had ever attempted a hip-hop crossover, it might sound something like this. "Easy Come, Easy Go" opens with a corny sample that would fit neatly into a Dan the Automator record, and then Canyons riffs on his musical roots, "When I was young/jazz sax was my instrument/put it down for a while/currently missing it," he says, running his voice over the lyrics in a be-bop quasi-scat, imitating the horn he's talking about. "Triplets!" he exclaims, giving the word three syllables. "Are you feeling this? So goddamn rhyth-um-ic!" On the next song, "Special Blend," he name-drops Pan's Labyrinth and Coltrane in the same line before the song rides out on a sax solo, sliding and stuttering around the beat.

"Goodnight Moon" is based around a slightly different kind of backwards look; the title and chorus are from the famous children's book by Margaret Wise Brown. Other than the title, it's not clear how the story inspired the song, though Canyons does mention his grandmother and going to Nellie Bly, a children's theme park in Bensonhurst. Oblique references to his family are wrapped around elliptical boasts about being an "ethereal fisherman," and a riff in which he compares himself to a hawk with one wing flying in circles around the same spot. "Will he kill it, or just remain simmering?" he asks. The track impishly follows its cool jazz piano figure through now and then, layered on tops of each other. You keep telling the moon good night because it keeps coming back.

The song "To the Dreamers" is the most pointedly up-to-the-minute song, but even the criticism of Trump's anti-immigrant policy is presented as a contemplative refraction.

Billy woods judges his life in relation to his dad's; Canyons thinks about how his own kids will use his own chair. The past and the future both inspire and judge now; you're trying to be worthy of both. Hip-hop treats beats as something you're holding in trust till the next beat makers pick it up. "I'm always cooking something funky for my kinfolk," Canyons murmurs on the album's title track. Cool Side of the Pillow picks up all that jazz from the past and slides on into the future. It's got a great tradition to live up to, but it's not doing badly.