Thalia Zedek Made It Out Okay 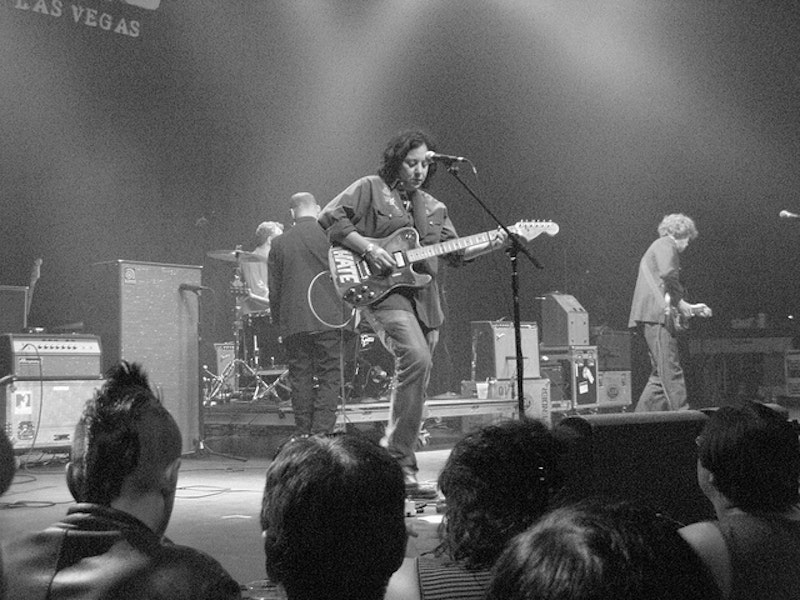 I first heard Thalia Zedek about ten years ago, when a friend from college sent me a burned copy of Matador at Fifteen—a rarities and best of compilation from the venerable indie rock label that featured the likes of Pavement, Yo La Tengo, Cat Power, Interpol and more. Zedek's contribution, the lachrymose ballad "1926" from her 2001 solo debut, Been Here and Gone, with its harrowing first lines—"I saw you older/It looked like Death had been at your face"—is surely among the compilation's best songs.

Though Zedek has been around for more than 30 years, starting out with Boston all-girl art-punk bands like White Women and Dangerous Birds back in the late 70s, she's always been more of a cult favorite. Her 90s band Come, a collaboration with ex-Codeine drummer Chris Brokaw, was praised by everyone from Kurt Cobain to Entertainment Weekly, but that praise never really translated into album sales, and Come broke up after only a few albums.

Since 2000, Zedek has gone solo, but I all but forgot about her until last year's Via, her first album in five years. 2013 marked Zedek's return: to promote Via she toured the U.S. and Canada with Low, and reunited with Brokaw to play shows and reissue Come's debut album, 11:11—there was also a reissue of the self-titled debut EP from Live Skull, another Zedek band from the late 80s. In October, Zedek went back into the studio to record Six, out now on Thrill Jockey, a low-key EP that's little more than Zedek and her guitar—nothing like the angry acid-blues of Come.

Most of the EP's 29 minutes is given over to slow-burners like "Julie Said," "Dreamalie" and "Afloat." "Midst" is little more than an instrumental filler. The opening track, "Fell So Hard," features a scorching slide guitar and the cover of Freakwater's "Flathand" adds some beautiful viola backing from David Michael Curry. Still, Zedek's voice is as ravaged as ever—you can hear every 3am cigarette and heavy swig from the bottle. She's Neko with more grace. And though, lyrically, her themes are the same—loss, heartbreak, regret—there's hope and redemption there too. As though Zedek is taking your hand, saying, 'I know, I've been there, and I made it out okay.'