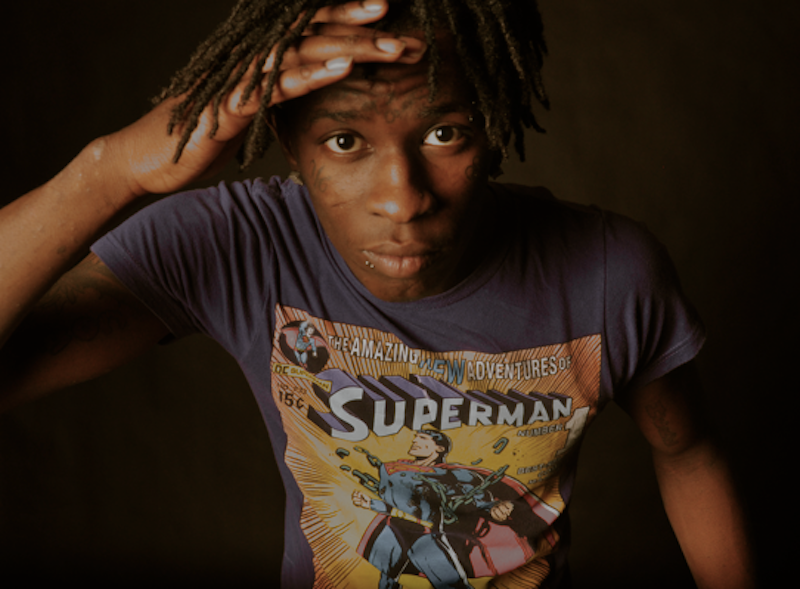 A lot of technological advances have been made in the last 50 years of pop music—drum programming, different guitar sounds, increasingly colorful synthesizers—but vocals have developed at a slower pace over that time. That's changing now: vocal innovation is becoming important, and hip-hop is leading the charge. This may seem surprising, since rap originally left singing behind for plain speak, emphasizing the rhythmic rather than the melodic potential of the voice. But rap has always pushed boundaries. By reducing vocals to their barest elements, rap creates a space where differentiating oneself from the pack requires growls, wheezes, depth, dexterity of delivery, or other vocal tics. If you don’t naturally possess the fierceness of Busta Rhymes or massive booms of Rick Ross, you’re at a disadvantage. That’s where technology comes in.

Processing and distorting vocals started decades ago. In the 1980s, Prince would speed up his vocals so he sounded like a thin squeak and Zapp used a talk box to great effect. But that was when hip-hop was just getting started; at the time, it represented a sparse alternative to those sorts of embellishments. The more recent burst of voice manipulation began towards the end of the '00s, with T-Pain, Lil' Wayne, and Kanye. Drake and Future keeping the ball rolling. Three recently released mixtapes—from Young Hoodchiano, Kwony Cash, and Young Thug—demonstrate the ways that young rappers are playing with vocals and using this flexibility to their advantage.

Young Hoodchiano (who’s changed his name to Da Weirdo, also the title of his mixtape) raps in a voice that technology transforms into a high, cartoonish squelch. The distortion of intonations make him sound permanently surprised. Every word can jump up like the last syllable of a question, which has a funny impact on different phrases. When he raps, “Turn the music up louder, tell the neighbors they cowards,” with a rise at the end of each line, it doesn’t come off as an emphatic dismissal of the neighbors. It’s just one possible course of action, something worth considering. Similarly, in “Sex and Drugs,” about a girl that adores “sex and drugs,” the high tone of the raps makes Da Weirdo sound like he’s in a permanent state of indignant shock.

But Da Weirdo is not just making strange noises, he's making interesting music. “Dirty Dancing” could be a song by the Weeknd, all tragic and broken. It’s an effective blend of current pop sounds—with a repeating synth motif, a triumphant 80s sounding hook, and a drum beat that evokes Frank Ocean’s “Thinking Bout You”—and Da Weirdo’s strange approach, full of choruses and echoes and layers of bleeding vocals. He pulls a different trick in “Hood,” inserting a little upward blurp in pitch into the middle of almost every beat. Suddenly, there’s an intruding section of monotone, “My hood will fuck you up up up up up up,” contrasted with a child-like, warbling of, “rain rain go away, come back in another day.” The whole thing combines to create an unsteady, unpredictable patchwork.

Kwony Cash builds on a different, more melodic template—soul and gospel samples, bubbling beats—but he also processes his vocals. On a song like “Locked In,” where something whirs in the background like a police-siren, Cash’s tone approximates a more flexible synthesizer, one that doesn’t need to lock into any particular pattern. “On Me” involves some manipulated shouting, which is a favorite technique of the rapper Future.

Just like Da Weirdo, Cash uses his vocal flourishes to good effect, by forcing listeners to rethink some of hip-hop's orthodoxy. In “Notorious,” he pays tribute to the Notorious B.I.G by reworking and stringing together various Biggie lines: “I love you when you call me big poppa… the more money they come around the more problems we see.” Homage of this kind is an easy play for association with a previous great. It’s also usually boring, with a rapper focusing on his or her predecessors instead of working to develop an individual personality (see J. Cole’s “Let Nas Down”). Except in this case, Cash’s whole song is bathed in bleeding autotune that most 90s hip-hop worshippers wouldn’t touch. “Goodman” builds around a reggae sample; soon Cash is rapping in a strange, shiny voice over a reggae beat with hip-hop drums. It’s confusing.

The young vocal-limits-tester who has attracted the most attention is Young Thug—he’s got a song on the radio, “Danny Glover.” (Kanye approves.) Listening to Young Thug’s recent Black Portland mixtape with Bloody Jay, you can hear the ways he’s willing to push against conventional notions of rapping. The song “Movin’” has a low beat, with a dancing icy melody line gliding over the top of it. The rapping is initially intelligible, but the words begin to blur. The rapper regains his powers of speech, only to start stringing words together without pause. His voice drops lower and lower, so it’s increasingly difficult to hear. The melody falls away too, as if the beat itself wants to figure out what’s happening. Then the vocals trail off with little doodles.

This could be seen as an abdication of the customary role of a pop vocalist, especially a rapper, as the center of all attention. But listening to this process of warping and deterioration is often mesmerizing. Instead of ceding vocal power, this group of rappers affirms it. By deepening and complicating hip-hop tradition, they make it more valuable.