It's Time to Get Up, It's Morning 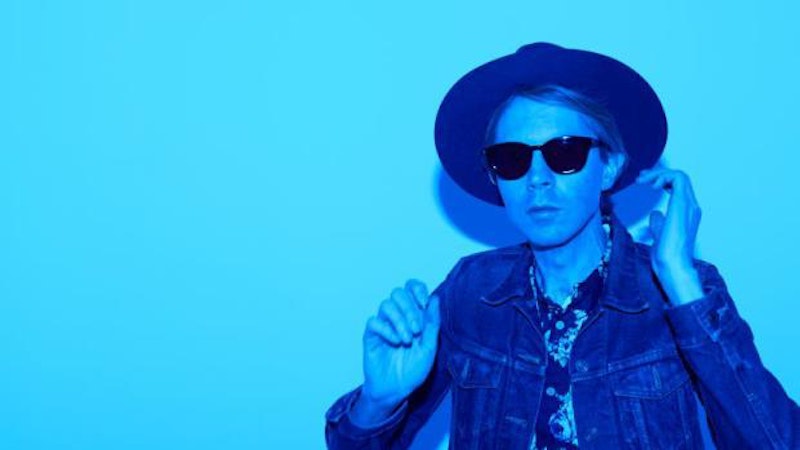 Turn off the alarm. Drag self out of bed. Flick up the light switch. Turn on coffee maker and shrug into some clothes. Put together a rudimentary breakfast plan; make it happen. Nourish self while binging on handheld Internet or print media. Run out of time. Wash face and scent body. Brush teeth. Say a prayer. Activate the laptop then get at the day, such as it is.

All of the above happens almost by instinct, because the brain isn't quite functional yet. Rather, it's shrouded in clouds, incapable of meaningful thought—an ether it will emerge from only gradually. These are my winter workday mornings; the only difference with my weekend mornings is that I usually get to sleep in a longer.

Morning Phase (Capitol), makes perfect sense on mornings like these because, being almost entirely cloud, it's entirely season-appropriate. Every time I listen to Beck Hansen's latest—seven or eight times, so far, I guess—serious mental calisthenics are demanded to remember anything about it, a lyric, a melody, anything; usually I can summon up some aspect or other of "Waking Light" and wrestle with a pronounced craving for Krautrock or drones.

Almost inevitably, I come away feeling warm, fuzzy, a little happier, and nothing more, like somebody slipped me a tab of stepped-on E. In this sense, experiencing Morning Phase is analogous to the recalling a Platonic ideal of communing with Radiohead's Kid A: a wet, gray void that seems to expand eternally, except when "Idioteque" or "Morning Bell" erupt to pulverize the welcoming monotony.

Phase is pretty; so pretty. It's pretty like a postcard on a rack you consider while vacationing, even though nothing you've experienced on that vacation is anywhere near as pretty; pretty like a grade-school classmate you can barely remember; pretty like an arrangement of flowers left at the site of a gravesite. Which is to say that it's willfully, indignantly, generically pretty despite sounding marvelously expensive: gliding string arrangements, over-determined guitar fondling, piano chords tumbling onto black cloths like conflict diamonds, wafts of pedal steel, Hansen's lovingly manipulated and multiplied voice spiraling in, through, over, and under relentlessly gorgeous, boring waves of pristine sound.

The joke, if you want to call it that, is that I've somehow forgotten how to be appalled or angered by boredom this persistent. Maybe this is simply a symptom of age, a testament to nerves jangled easily and often.

Maybe, amusingly, I have Hansen to think. Sea Change, his 2002 melancholy break-up album, set the bar low because its dolor threatened to taint and invalidate the adventurousness of all the genre-splicing that'd come before; an occasional keeper in that bunch (namely "Little One," though I liked "Paper Tiger," too) only served to mark how far he'd stumbled. And while neither Change or Phase contain anything I'll sing obsessively in the shower—a la "Modesto," "Rowboat," or "Girl Dreams"—the latter's dad-schlock self-negation is so far preferable to the former's Corvette bummers. In an odd way, Phase's portrait of an artist willing and able to erase himself on aluminum and then bestow that nothingness to the world as a gift puts him in the company of thousands of noise and experimental artists; the difference is that the efforts of all of those artists combined will never even come close to the steam freighter of awards hardware this thing is destined to cakewalk away with.

On the other hand, given the already-over-annotated-in-reviews 60s and 70s pop pastiches spread thick here, I totally know what to buy Dad for Father's Day this year. Sweet.