Take It Slow, But Don’t Warn Me 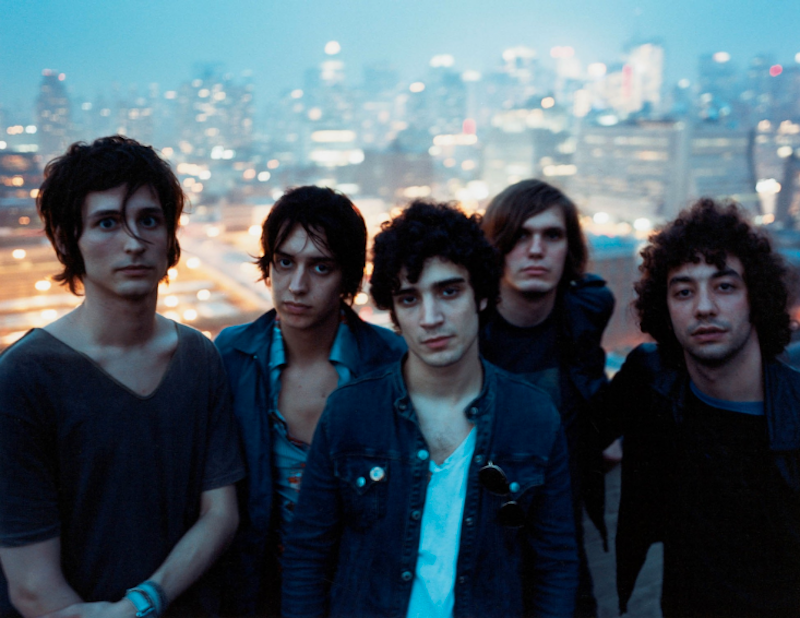 At their best, the Strokes evince a disheveled, debauched Lower East Side cool. At their worst, the Strokes struggle to evince a simulacrum a cool that was only ever on loan, anyway. Their best days 13 or 14 years gone, these five dudes nominally remain a band because, well, they’re husbands, dads, and less demonstrably hirsute now, and modern New York City is an unfathomably expensive place to raise a family. Those guest spots, side projects, and semi-solo LPs—The Voidz! Little Joy! CRX! Nickel Eye! Megapuss?—come, and go, but the Strokes know where their bread is buttered. The aforementioned is heartbreaking because, as their best, the tunes are so, so great. Here are the most indispensable of them.

Something always seems off about “You Only Live Once”; the tempo’s too slow, the instrumental mix is clunky, the band thinks it’s cutting an off-LP single for a summer 1987 teen movie. Yet that pervasive oddness—and those squealing guitar licks, and Julian Casablancas’ near-intelligible scatting—endear this song to me.

The sole memorable song from Angles—sorry, “Gratisfaction,” nice try—swings for portmanteau, connecting mostly. It’s fake reggae up front, and then overproduced, Art Deco pop out back. More importantly, “Taken For a Fool” is fun, the sorta late-era Strokes single one could imagine Gerry Rafferty taking a crack at. Spoiler alert: when Casablancas sings, “You get taken for a fool all the time, I don’t know why,” you probably shouldn’t believe him.

Man, they made that louche bad-boy saviors of rock ’n’ roll thing look so fucking easy for a while there, didn’t they?

A brief, spot-lit detour for some prom-floor soul.

Surfacing in 2017, this song—like so many other early, loutish Strokes songs—would be slapped with a black and yellow “problematic” label so fast it’d make everyone’s heads spin. Kinda gross, but (arguably) a loose character study of a particular type.

Like choosing the “It’s Complicated” option on a social media platform, only infinitely groovier, especially if you’ve been drinking.

The Strokes’ grand Thin Lizzy bow sends too many signals to track, pitched somewhere between Jay McInerney’s Story of My Life and Bret Easton Ellis’ American Psycho; it’s a very weird mélange of meet-cute delight, crime blotter, indistinct kink, muddled recollections, curdling intimacy, that instance where comfort gives way to horror. Admission: I fantasize, sometimes, about Casablancas and Courtney Love singing this together at karaoke, right after slaying Love’s own “But Julian, I’m a Little Bit Older Than You.”

Have you ever fallen in love with a stranger while intoxicated, and attempted to explain your feelings to that person? That’s probably not what “The Modern Age” is about, but that’s certainly what listening to “The Modern Age” feels like.

The Platonic ideal of a perfect Strokes song, or reasonably near to that, “Someday” is the one you can play for pretty much anyone, and they’ll get it. Kicky, lithe, lively, has pluck and positive (enough) phrases for the young.

Watch Casablancas’ affect in the “12:51” video, particularly what he does with his hands. He’s pretending to pretend to emote, in a pantomime of performative sincerity made mesmerizingly empty by his corpse-like pallor, as if he’d been called to the video shoot at the end of a three-day bar crawl. His eyes are dead. He staggers among his threshing bandmates at seemingly impossible angles on what appears to be the set of Tron; in the video, the Strokes are beamed-in holograms, eight years and change before the ghost of Tupac commandeered a Coachella stage.

“12:51” itself is difficult to write about, because it’s that rarest of animals: a perfect song somehow made more perfect by a bewildering video, every note and lyric precisely calibrated and deployed and in service of the band’s persona. Specifically, intricately engineered pep-pop stung by lyricism that doubles as a sort of caddish stage-management; whomever Casablancas’ narrator is, you sense that he’s played this scene, countless times, with so many women that it’s all a bit gauche now. If “12:51” is sleepwalking, it’s practiced sleepwalking at a remove, and image has the effect of conveying sound with a sweaty strenuousness—look at how Fab Moretti lays into those drums at the end there—this song was constructed, impeccably, to obscure.