The Vancouver band's second album is filled with hooks and genre experiments. 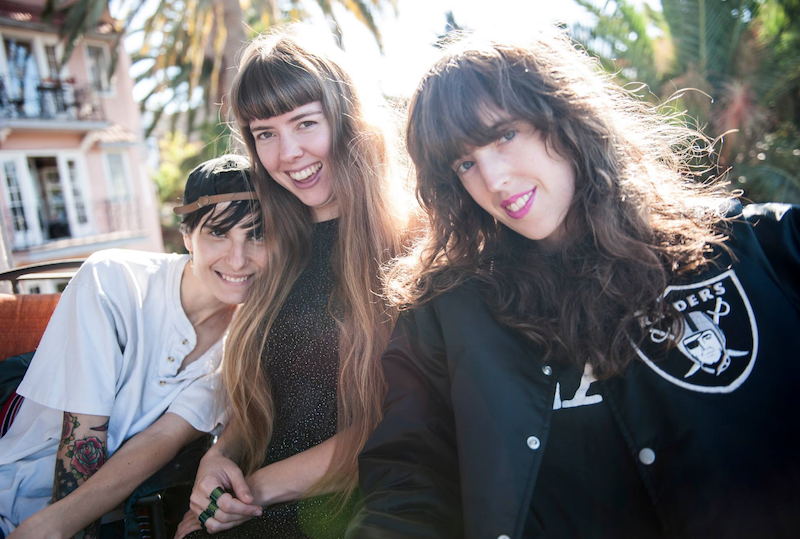 An abundance of summer-ready hits are always released around the intersection of winter and spring, giving the songs enough time to gain traction—a comfortable familiarity—before they dominate your local Top 40 station; there will never be a dearth of summer music: a Drake-led dancehall invasion will characterize pop this year, and there’s always a surf-rock revival bubbling up somewhere in California. Likewise, there's never a dearth in night music—songs that lurch with neon-colored synths and drum machines, or paint in moody, dark hues: Johnny Jewel and Lana Del Rey have made careers out of it. Point is: music often conveys a certain type of atmosphere, begs to be listened to under specific conditions. But how many records conjure the drizzly gloominess of the Pacific Northwest? Comparatively few, aside from early Modest Mouse and Built to Spill.

Musically and literally, the Courtneys embody the Pacific Northwest. Hailing from Vancouver, the trio write yearning pop songs over distorted guitar riffs that call to mind gray skies and windbreaker-weather. This contrasts against drummer and lead vocalist Jen Twynn Payne's lyrics, which are unusually bright for the band’s gauzy sonics. She sings about crushes, touring the U.S., and cult classics. This balancing act is what differentiates the Courtneys from any other nameless, contemporary indie rock band. Lead track "Silver Velvet" would be standard Best Coast cosplay—"And nothing you say/And nothing you do/Could stop me from thinking about you" is straight from Bethany Cosentino's diary—if it weren't for Courtney Garvin's lite-grunge guitar work.

Grunge might not be the most surprising influence for a PNW rock band, but it doesn't represent the only genre that had an impact on II. "Minnesota," the third track and obvious standout, sounds like a Letters to Cleo song written by My Bloody Valentine. "Country Song" is an unapologetic Big Star homage. In an interview with Amby, the Courtneys admitted that—before the lyrics are written—they'll often title their songs based on the band that they sound like; "U2 Song" and "Kate Bush X" were unfortunately re-titled. That's not to say the band tries to hide their literal-bent: "Tour" is about—what else?—touring; "Iron Deficiency," anemia; "Lost Boys" and "Mars Attacks," the two cult classics.

Not everything works on II—the post-punk of "Iron Deficiency" is the only genre exercise that feels awkward amidst the other nine songs; the lyrics on "Mars Attacks" fall too easily into the passive syntax of many pop songs—but for the most part, it's a cohesive, consistent album that benefits from the obvious concord between the three members.