From Lindstrom, to The Wrens, to Cody Chesnutt, and more. 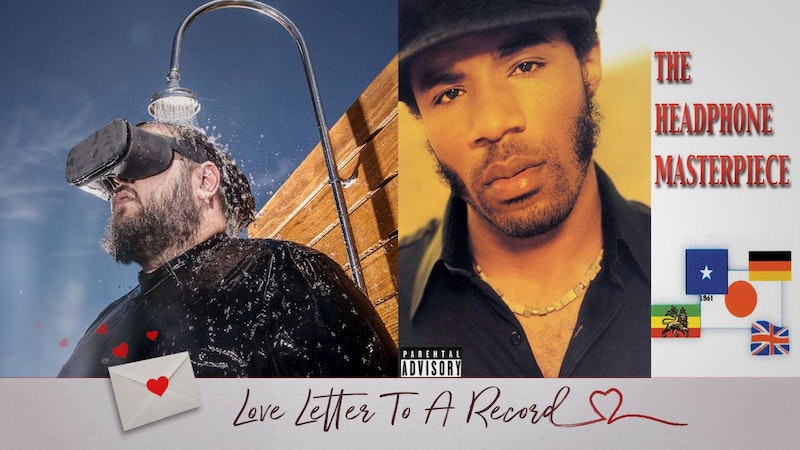 We have it so good these days. We’ve got every album ever recorded, just about, on demand. (The same can’t be said for the movies; if you don’t believe me, try finding Wong Kar-Wai’s brilliant Days of Being Wild, or a copy of Barfly that isn’t being scalped.) The problem now is finding all the albums hiding in plain sight. If an artist can’t get enough buzz to stay in the curated radio stations and “Best of…” lists, they soon disappear. Here are six albums that used to be famous, just a few years ago. They’re still fresh, they’re easy to find, and though you’ve never heard of them, they could be just the thing to get you through those upcoming hours sheltering in place.

So, you have heard Cody Chesnutt before. “The Seed,” a sexy and witty bit of swagger from this album, turned into “The Seed 2.0” when the Roots co-opted it and took it all the way to the bank. (Did nobody wonder why it was “2.0”?) This album has so much attitude that it’s easy to get along with the 12 or so different genres Chesnutt tries on for size. There are Stones-y strut parties, like “Look Good In Leather,” with R&B vocals on top of garage rock. There are soulful tour-de-force songs, like “Serve This Royalty,” that are mostly factual—Chesnutt is in fact the child of his own king-sized ego and talent for wordplay. Not every track (out of 36) is a winner, but there are plenty of helpings to go around. Start with “Upstarts in a Blowout,” turn on some mood lighting, and let the healing begin.

Speaking of musicians you’ve already heard, Danger Mouse is half of Gnarls Barkley, the band who did “Crazy” better than Patsy Cline. Here he’s on some kind of insane synchronized trip with Jemini, the “Gifted One,” one of those slickly packaged rappers who seems to have built a perfect brand on the very first try… except nobody was listening. Danger Mouse’s shiny production was too Disney to be hardcore, but too street to make nice with the hipsters. It isn’t easy to categorize, but Jemini raps like a man on fire. Imagine if Del tha Funky Homosapien was still young and hungry. He might sound a little like this.

Honestly, it’s pretty sad to survey what became of these artists and others like them. Bad advice ruined most of them. You know—they got going, they got noticed. And then somebody told them to be more anthemic, or more eclectic, or more danceable. The delicate balance, that makes art diamond enough to shine, went right out the window. That’s exactly what happened to Idlewild, who ended up so corny that even drunk people couldn’t believe this band used to be cool. But they were. They were serious, dangerous, and bright. On their debut album, Idlewild asks the oldest punk question on Earth: what happened to everyone I used to know? How did they end up compromised and alone? This is so much sharper and more effective than most of (for example) The Replacements that it’s gotta be some kind of Scottish miracle. “Stop looking through scrapbooks and photograph albums,” frontman Roddy Woomble pleads, “they don’t teach you what you don’t already know.” This album is a scream emitted by Saturday afternoons when it rains, and your high school yearbook is down from the shelf. It’s about that prowling, terrifying hour when it’s still just a little too early to make dinner, watch a television show, and go to bed earlier than you used to.

The Wrens play note-perfect indie rock, but they don’t seem hooked into that clubby little world at all. They’ve grown up in total isolation, playing guitars with undimmed feelings of awe about the sounds guitars make. Like their latter-day inheritors, Car Seat Headrest, the Wrens write songs by putting suburban journal entries to music. Their singer, Charles Bissell, turns murmured angst into indelible slogans. Their song titles are stupendous, including “I’ve Made Enough Friends,” “Jane Fakes A Hug,” and “Hats Off To Marriage, Baby.” They cauterize all life’s little wounds. “Rest your head here tonight/It’s not supposed to feel alright,” Bissell sings. Witness the power of negative thinking, folks! Almost a quarter century after it was first released, every song still warrants a hearty “amen.”

Where You Go I Go Too, Lindstrom

Drift is simultaneously so weird, and so emotionally accessible, that it sounds like the soundtrack to some sci-fi freakout you vaguely remember watching at a friend’s house. I mean the kind of movie where a scientist makes a morally troubling discovery and people keep trying to steal his invention, and at one point the entire movie is taking place inside a computer, where bright geometric shapes are having philosophical conversations about humanity’s future. Drift is a work of dedicated minimalism, full of shimmering plastic facades and processed heartbeats. It expands to fill whatever space it’s given, suffusing the air with adrenaline and dread. Everything seems created ex nihilo; there are no lame samples from the 1950s or sudden “forays” into jazz. The album’s depth is all in its jagged, capricious topography; like the best abstract art, Drift has a strict internal logic, and patterns that amount to a language of its own. This is what electronic music is supposed to sound like. No Las Vegas bass drops. No showoff samples. Drift is pure.

On the other end of the spectrum, there’s Lindstrom. He used to be like Nosaj Thing, making vivid and rigorous little tracks for robots to play at robot weddings. Then something happened to him. I’d guess it involved drugs and “intentional community.” Suddenly Lindstrom started digging all that folkie crap: acoustic instruments, real drums. But don’t worry. I’m not trying to sell you on some blissed-out rave stomp. This has a gentler, more expansive sound than a rave could accommodate. It’s techno at the speed of human life. It signifies muddy shoes, kitschy fridge magnets, and a humble passion for existence. You could run to it, write to it, or play it for a lover. The melodies are dewy and immediate. The drums come welling up from the deep. It’s three songs long. It’s about togetherness. If only more people knew how to make machines sing like they do for 40 minutes here.