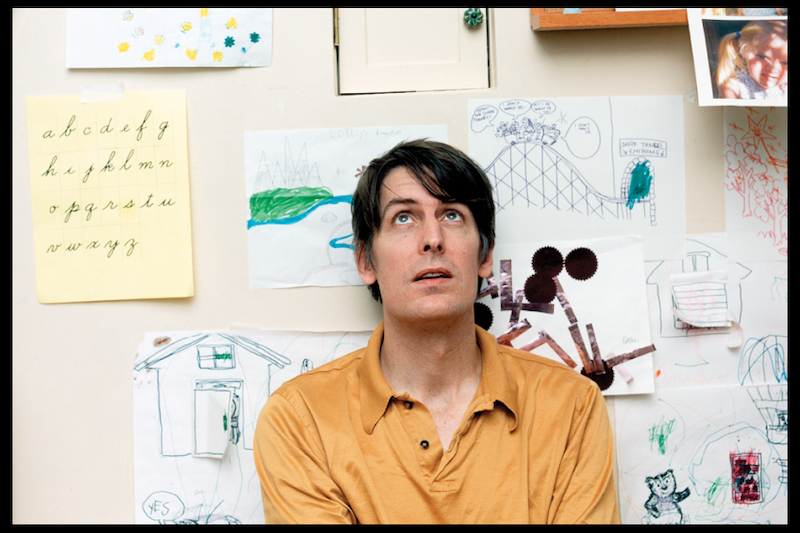 Stephen Malkmus sings about a lot of goofy, ridiculous shit, but every now and again the former Pavement frontman and prime Jick overplays his hand, drifting into a grandiose eloquence capable of sucker-punching the unsuspecting. Cases in point: "Jenny and the Ess Dog," from 2001's Stephen Malkmus; "Ramp of Death," off 2003's Pig Lib; and "Share The Red," from 2011's Mirror Traffic. This gift was in evidence, too, during his Pavement/Silver Jews heyday: scope "You Are A Light," from 1999's Pavement swansong Terror Twilight or "Blue Arrangements," co-written with David Berman on the Jews' most pop-friendly offering, American Water. There's a peculiar, stinging sweetness to these particular songs that has as much to do with Malkmus' impossibly clean, nubile guitar tone as it does with his ability to zero in on self-evident truths without triple-underlining them. It's present in the burnout's gauntlet-thrown-down of "Ramp" and the gorgeously inscrutable betrothal of "Light," and on "Independence Street," from Wig Out at Jagbags, his confident gift for canonical transcendence reasserts itself with all the pomp and fanfare of a stoner's contented sigh.

For the first couple plays, I wasn't big on "Street"; it pops up on the album's back end, which struck me as excessively silly and self-indulgent, and so it suffered as a result. As I warmed to the whole, though, "Street" began to stick out; it became that special song, the one I wanted to welcome into my heart over and over again. There's some throat-clearing Juicy Fruit chop suey at the outset, then Malkmus' playing settles into impeccable phrasing that might best be described as a "drawl." This is a song where chorus and verse are almost interchangeable, but it barely matters. Lyrically, we receive window-dressing and priceless valuables, but the overall delivery blurs the lines convincingly: beverages as metaphors, candies as symbols, designs drawn lazily on the idea of a loose woman. Independence Street is posited, vaguely, as a locale—which it is, technically speaking, depending on where you live—but the implication is that it's a state of mind: the tantalizing "freedom" of the overpraised Jonathan Franzen novel of the same name and this Onion story. But Malkmus, in prescriptive indie-rock uncle mode, preaches a minimalist gospel about free will, nailing a salient point via well-placed, rhyming puns. All choices have the potential to entrap, and the targets here feel at opposite extremes from one another: commune chic ("living in this yurt, everybody hurts, there's no central heat") and religious devotion ("riffing in this church, I just might convert, there's no way to leave"). There is an undercurrent here of the fear that by committing to one person or situation, one might be missing out on something or someone else. "I just can't compete/on Independence Street," Malkmus intimates, on two occasions; the song sloshes, sidles, and settles languidly around him as if suggesting a better alternative.