Miranda Lambert could learn something from Dolly Parton. 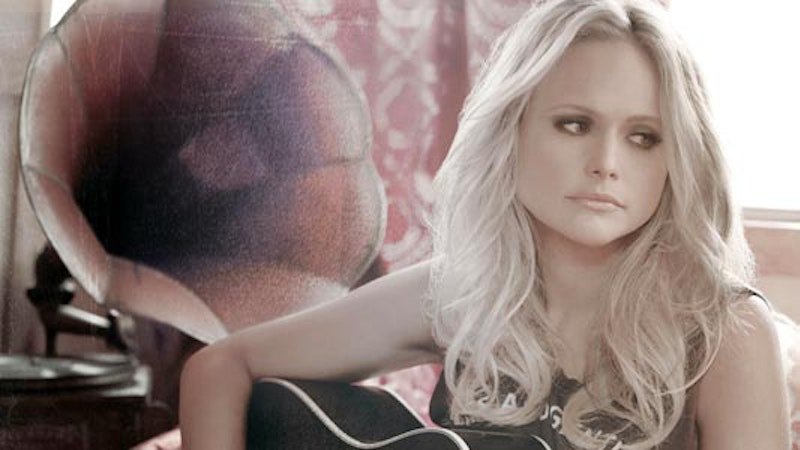 Miranda Lambert can sometimes transcend saccharine Nashville bathos, putting over one of those great, so-goofy-it's-right country metaphors or building a song through closely observed emotional detail.

Unfortunately, her latest single "Automatic" is neither goofy nor closely observed. It's just soggy nostalgia default. Lambert eulogizes stick shifts, coin-operated laundries, having to stand in line for gas, and staying married, because, apparently, they only invented divorce with the Internet. The music is every bit as blandly unspecific as the lyrics; easy-listening glop with the drums whomping portentously and the surges surging. It could have been on country radio in the 1980s, or the 90s, or the 2000s, or right now, suggesting that the past is not so much another country as a timeless, undifferentiated gray ooze.

Listening to "Automatic" did effectively make me wish for a lost past, though—specifically, the lost past when blonde female country singers wrote better songs about a lost past. Dolly Parton's "In the Good Old Days (When Times Were Bad)" could be read as a deliberate, withering reply to "Automatic"—so much so that it's hard to believe it was written and recorded 45 years ago. While Lambert gushes about having to tape the country countdown because she can't yet afford to purchase the music, Parton provides some brutal details of her life in rural poverty.

Merle Haggard's version is perhaps the most affecting performance, the Bakersfield guitar rippling gently while the purity of his voice seems to both control and accentuate sadness. The "hailstorm beating our crops to the ground" swings with his phrasing, like the memory is a bleak, well-worn dance. And when he clips off the phrase "in the good old days" you can feel the quiet, controlled scorn. Haggard could well be a Miranda Lambert fan for all I know, but after listening to this, it's hard to imagine him greeting "Automatic" with anything but a sardonic snort.

Parton's singing on her own song isn't as evocative as Haggard's, but this live performance has its own virtues. Parton's voice, with its echoes of mountain keening, reaches back to those good old days, as does the fiddle accompaniment—an acknowledgement that she’s remembered the past. But the busy electric guitar, picking out streams of bluesy, blue-grassy notes, insists that Parton isn't just down home. She's going forward, not back, and her music will be a hybrid thing, that remembers where she came from, but pushes forward, towards a future where there is (among other things) more money.

The determination to push ahead, and to cross over, shaped Parton's career. Country has always gone back and forth with the mainstream, but Parton's transformation from the country mountain performer in this video to a glam Vegas radio queen is certainly an important step on the road to the country radio we've got now. Still, it's not like contemporary country is under some contractual obligation to spew vapid homilies to a simpler time. Kacey Musgraves (who’s penned some tunes for Lambert) had a Grammy winning hit in 2012 with "Merry Go 'Round," a song about how growing up in a small town isn't so great as all those country singers tell you. Its easy guitar suggests both indie rock and that Haggard Bakersfield sound; like Parton, its looking back and forward at the same time—though that glance at the future is less a swagger and more a wistful hope. Musgraves' small town isn't as physically demanding or desperate as Parton's rural childhood, but she's also less certain about escape; "no one could pay me to go back and go through it again" is replaced by "Just like dust we settle in this town." If Musgraves is headed to Vegas, the song isn't giving any hints.

Rock or hip-hop or R&B, tends to be focused on the next big thing, which is why aging nostalgia acts like the Rolling Stones or L.L. Cool J end up looking irrelevant and ridiculous. Country has always been that aberration, pop music as interested in the past as the present. At worst, as in Lambert's performance, that can mean a whitewashed, unthinking hagiography of old stuff just because it's old, turning one's childhood into an amber totem. At best, though, it can be a way to keep faith with the past, not by pretending it was awesome, but by remembering the bad as well as the good. Next time Lambert wants to pay tribute to her roots, maybe she could reach back and cover "In the Good Old Days (When Times Were Bad)," as a way of reminding herself that the past is best when it isn't all good.