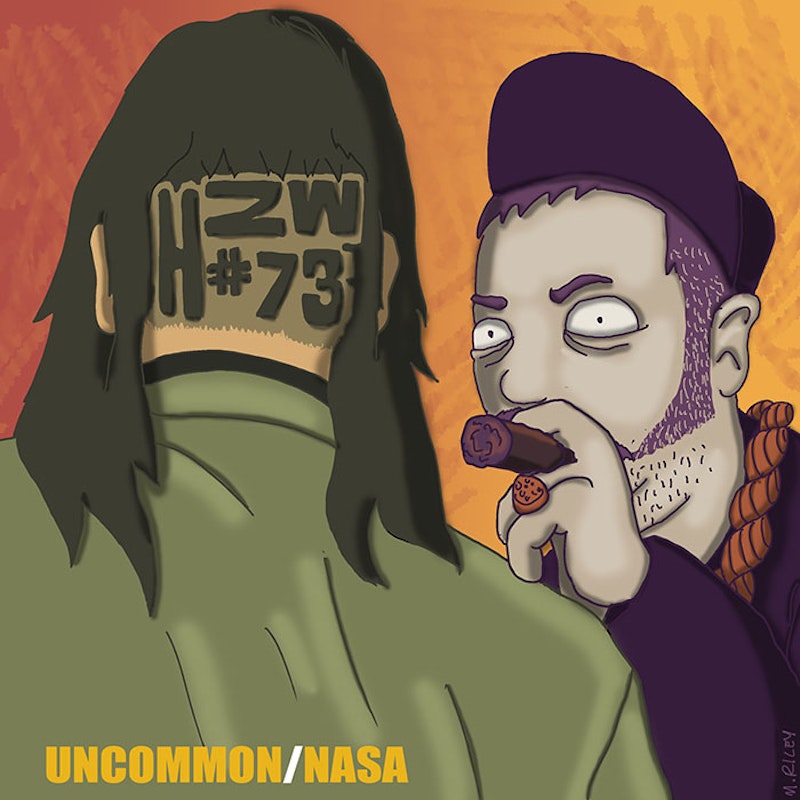 My guest this week is Uncommon Nasa. He’s an MC, a producer, an engineer, a radio host and the guy behind Uncommon Records. We first met when he took part in the NYC Rap Round Robin.

He talks about getting his start interning at NYC’s Ozone Studios, and later mixing many key projects for Def Jux artists. He tells me about his love for 90s NYC hip-hop radio, and how that influenced his Uncommon Radio show. We discuss his new projects, and his recent drive to tour and to grow as a live performer.

Mike Riley’s art this week is an homage to 3rd Bass’s The Cactus Album.