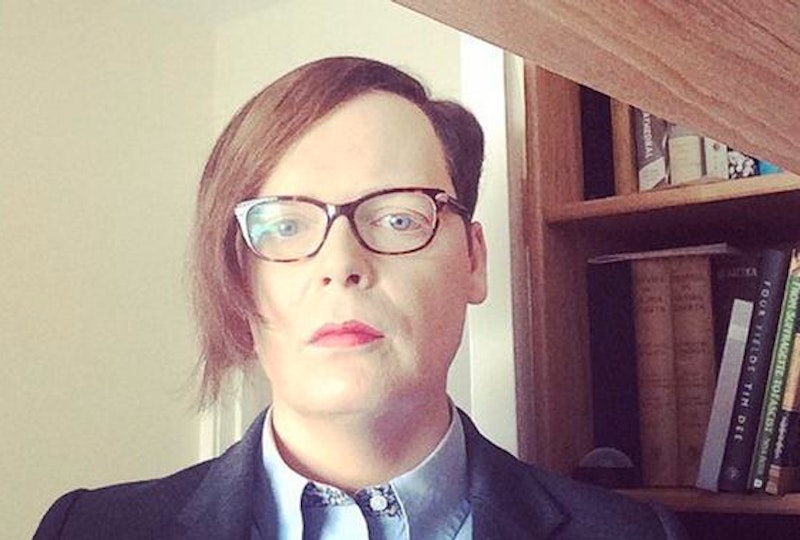 What some christmas songs has up its sleeve is less the reinterpretation of holiday standards than expressions of daylight savings anxiety. The originals’ melodies are not even vaguely in evidence, and the voids between piano strokes don’t seem accidental or incidental, as if in recognition of the blank, unsparing horrors the season of lights reintroduces to so many of us annually.

As traditionally performed, “Auld Lang Syne” carries a heavy, rumpled air of resignation, weariness, and (maybe) valor. There’s something drearily labored baked into its DNA, and I confess that I’ve never been moved to research the lyrics or sing along—probably because I was wincing, wishing the song would just end already.

Elizabeth Veldon’s version of “Auld Lang Syne” errs on the side of an upsetting querulousness, never quite instituting a norm. The white of the page dominates the view so thoroughly that every odd, dissonant chord splash feels like an uncoordinated intrusion: a gush here, a drip there, pinpricks joining in at irregular intervals. The listener is denied anything approaching a solid footing.

It’s a lot like wandering into a crowded, formal party in full swing, where the expected crush of sound has been pruned to something a little less than nothing: a wine flute shatters, a shrill laugh is cut short, cutlery clinks, the pianist flubs an introduction, the bass of a compliment is bisected suddenly. Fitting? Yes, because this is how we all feel when a year bids us adieu: adrift, confused, a little lost.