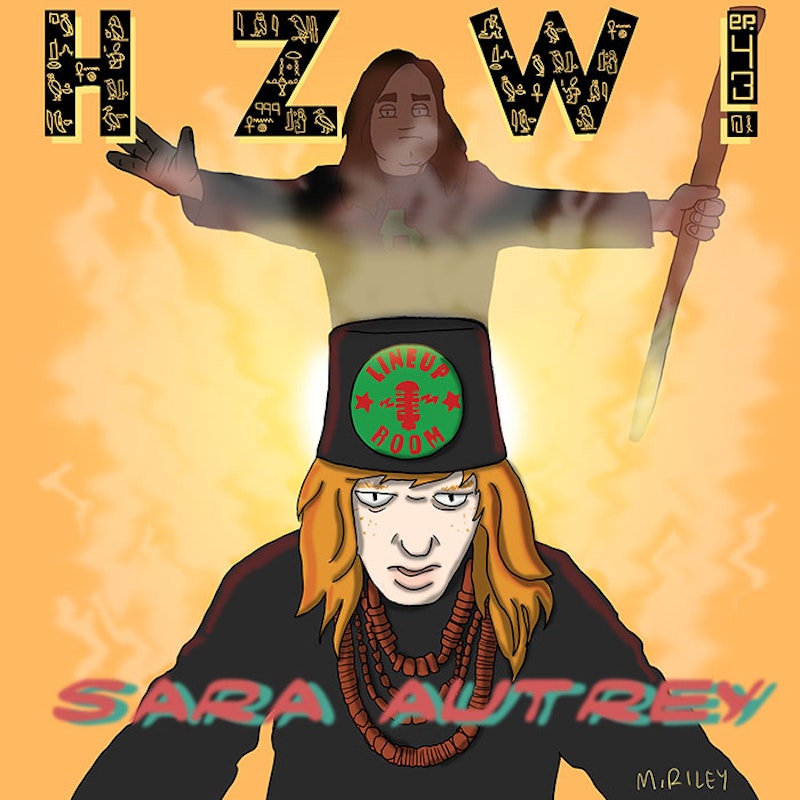 My guest this week is Sara Autrey. Sara plays in Wing Dam, Which Magic and Glittoris. We first met when we played a show together in Shepherdstown, WV, and we stayed in touch when she came to Baltimore. We conducted this interview in the winter, as Wing Dam was about to hit the road.

She reminisces on the exhilaration she felt when playing in a rock band for the first time, and the loneliness she felt after leaving that band. I ask her about the origins of her different projects, and how she ended up with three different bands. We talk about the forthcoming Wing Dam album, and the new path they’re forging. Mike Riley’s art this week is an homage to Rebel Soul, by Isis.