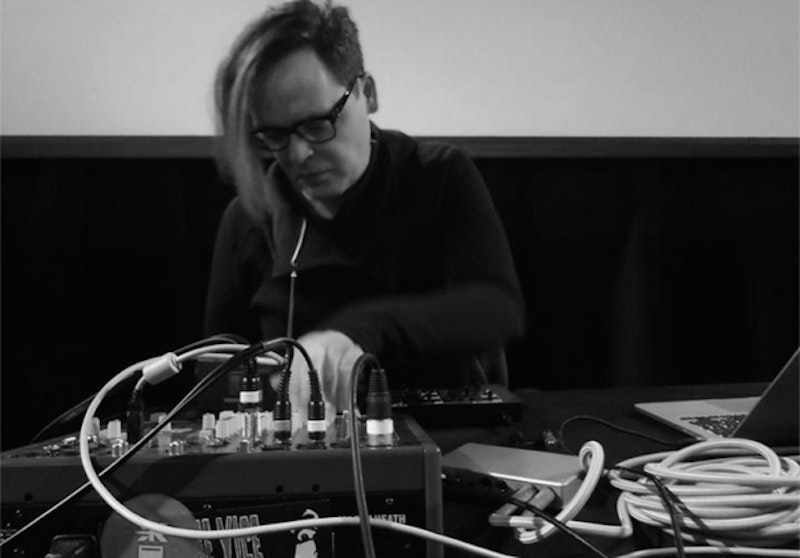 The Six Journeys EP does not include liner notes. Not that this is lamentable, by any means; the imagination is free to wander and presuppose while the mind’s ear is processing. What does Six Journeys ask of us, as listeners? It is the same question that C. Spencer Yeh raised on “Shrinkwrap From A Solo Saxophone CD” back in 2011; can an abrupt, incidental sound, looped ad nauseam, make for a compelling sonic experience? In an interview at the time 1975 was released, Yeh confessed to having recording himself in the act of emancipating a Bhob Rainey disc; it’s unclear how Elizabeth Veldon arrived at the sound source powering "Journey 3."

My first guess was a crumpling plastic bottle; a fortunate accident of electronics could just as easily be the culprit. It’s a current surging an abbreviated circuit, a quick bump of thermite ignited, an exploded constellation. And the more you play it, the more you can sense that Veldon didn’t just loop it, she sanded down and bleached said loops very strategically—the better to create the impression that a loop chain celebrating entropy was, itself, falling to pieces. With time, “Journey 3” becomes far less suggestive of the material that formed it and more like examples of an alien language where every utterance translates as a variation of “you will be drawn, quartered, dissected, and eaten, and this consumption will last thousands of years, and you’ll feel it all.”