Sexual Violence and the "Tortured Genius" 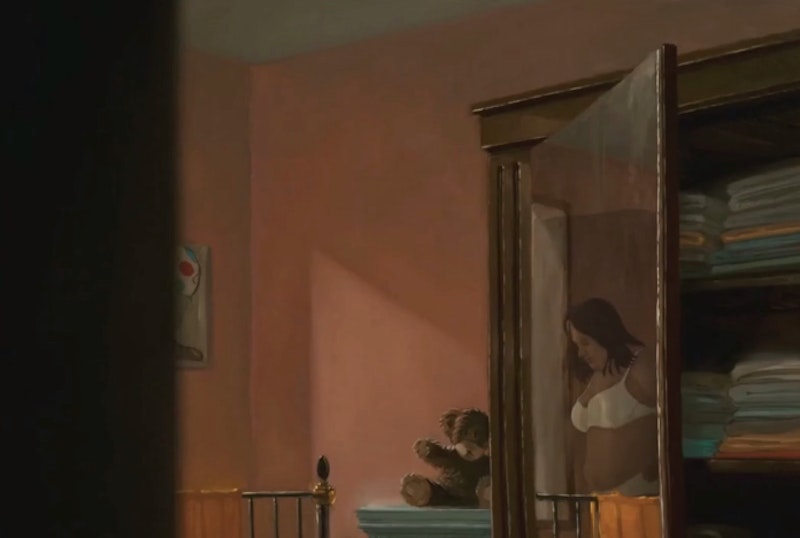 Brett Morgen's long awaited documentary Montage of Heck debuted on HBO this month to mostly glowing reviews as the first film covering late Nirvana frontman Kurt Cobain made with the full cooperation of his family. Combining footage both old and new with contemporary interviews and lengthy animated segments, Morgen's film is compared to Pink Floyd's The Wall by the director himself, frequently overwhelming the senses with its quick-cutting collage style and near-constant use of the band's music and early recordings. Reviews and feedback from fans have praised the film for its honesty and comprehensiveness. The singer's only daughter, Frances Bean Cobain, personally thanked the director for providing such a detailed film of her father, who died by his own hand over two decades ago and who she barely got to know in her own life, having lost him before she was two-years-old.

While much praise has been given to the film's unflinching portrayal of Kurt Cobain's many flaws and struggles, an extremely disturbing revelation is made towards the start of the film. Long mythologized for his usual rock star excesses—the drugs, the outbursts and insecurity, the reclusiveness—little attention has been given to those times when his actions had an impact on others. Earlier biographies such as Heavier Than Heaven have discussed an adolescent experience with a mentally disabled girl, yet here the story is fully fleshed out with a harrowing animated sequence narrated by a first person account from Cobain himself.

Since the girl, now a woman, has not been interviewed for either this film or any other source, it's unfair to define this incident as something it may or may not be. However, what is known about this encounter is startling. After a brief period, during which time the young Cobain and his drug buddies hung out with this fellow high schooler pretending to be her friend, distracting her just long enough to steal her father's liquor, the future Nirvana frontman found another, more sinister use for her.

Plagued throughout his adolescence by his shyness with girls and poor self-image, and likely aggravated by his worsening mental illness that would prove debilitating over the next decade, Cobain decided on a plan to take his own life. But first he reasons that "no way was I gonna go out without knowing what it felt like to get laid." Seeing this girl as someone who wouldn't reject his advances, he visits her and crudely suggests having sex, sitting in her lap and touching her breasts. The overweight and lonely girl leads him to her room and undresses, though Cobain is unable to go through with the act after a half-hearted attempt, citing her sweatiness and the "gross" smell of her vagina as reasons for him bailing. The next day his classmates are made aware of the encounter and brand him "retard fucker.”

By the next part of the segment, the focus returns to Cobain's embarrassment and sense of worthlessness. He claims to have attempted suicide in a somewhat improbable account of sitting on some train tracks only to have the train switch to another track just before obliterating him.

The "tortured genius" narrative that permeates the film is obnoxious when it glosses over who this girl was and how the encounter may have affected her. Earlier, Cobain stresses that though she was "quiet and illiterate" she was not "a retard.” Other accounts have him saying that she "took regular classes" and had no mental or developmental disability he was aware of. These efforts to mitigate his actions are highly suspect from someone who during his short life prided himself on having feminist ideals and who was perhaps the only popular male musician of the grunge era who actively supported riot grrrl bands and ideology.

Cobain would have never excused someone else for behaving like this, so why should his fans look the other way when he was the perpetrator of what would conservatively be considered exploitation, and could possibly be something much worse?

Tearing down an icon is not the aim of Montage of Heck, but then why was this story included, much less animated in fully lurid detail in a sequence comprising a sizeable chunk of the documentary? Morgen could have excised, but he didn't. In fact, the story add's to the film's TV-MA rated allure, making it the "unflinching" and gritty account of the troubled legend that MTV wouldn't dare show.

Including this sequence further denies the girl a voice and all but erases her existence. The account is all about how it affects Cobain and his own sense of self, not how it affected the girl or what her family might think. It's unlikely that Morgen simply couldn't find anyone who was related to her or who had personal knowledge of the incident. According to earlier accounts, her father had unsuccessfully attempted to report what happened as a crime.

This is a common occurrence when a possible perpetrator of sexual violence is a beloved figure. Years before his band Modest Mouse crossed over into the mainstream, Isaac Brock was accused of raping a recent acquaintance. The police declined to arrest him, citing a lack of evidence. This was later remembered by fans as a "false allegation" and no attempt was made to get the alleged victim's side of the story. Instead, the entire affair was chalked up to another part of Brock's sob story as his band struggled to reach a wider audience, another unfair accusation by an invisible woman.

When someone is as influential and talented as Kurt Cobain was, nobody wants to sully his image with the inconvenient details. Doing so is a thankless task, and opens up anyone with a critical take to accusations of jealously or diminishment.

Cobain's history with the topic of sexual violence is controversial in its own right. "Polly" and "Rape Me" are both songs whose lyrics deal graphically with the subject. His affiliation with punk rock and feminism has long silenced criticism that maybe he wasn't the right person to address these issues with such blatantly triggering language. Respectful distance was not one of his strengths.

Time and time again, we see powerful men get away with these offenses. Maybe they're "tortured" and depressed, but few men who take sexual advantage of women are mentally stable by any standard. It's important not to make excuses. So she "wasn't really retarded.” Obviously she was treated by Cobain and his friends as simple, a mark for their scam to get free alcohol. He knew she wouldn't say no. When pressed as to whether she had had sex before, she said she had many times, though mostly with her cousin. Previous victims of rape or incest unfortunately make for ideal targets. Often, they don't say "no.” They might not even tell anyone, since it's likely nobody listened the last time.

When the attempts to make a sexually exploitative act seem more benign echo what sexually abusive men always say when accused, we need to be suspicious. So he was friends with Bikini Kill's Kathleen Hannah. He read a newspaper article about a 14-year-old girl who was raped and tortured with a blowtorch and it totally harshed his mellow. He wrote a song about it! He hated jocks who treated women like shit and proclaimed himself to be "gay in spirit" when The Advocate interviewed him. He stuck up for his wife Courtney Love when fans said disgusting and misogynist things about her. None of this takes away from what he admits to doing to that girl in the house she grew up in.

Kurt Cobain has been dead for twenty years and Nirvana's legacy as one of the greatest bands of the 20th century is beyond question. It's both unfair and unproductive to dredge up the most sordid details of Cobain's past when he is unable to defend himself. However, that is precisely what Montage of Heck does in the service of making the most super-real rockumentary of his life. Still his fans shrug, buying into the "tortured genius" narrative that once again lets a successful man off the hook for his victimization of a nameless woman. "He had problems,” they reason, because once again it's all about him and how troubled he is personally. There's no solution or easy answers. What we can and must do is demand that this sort of incident is given due respect. If it's spoken of in any capacity, it must be with full deference to the victim. If she cannot be found or is unwilling to discuss what is in all probability a deeply and profoundly devastating occurrence from her adolescence, then it is inappropriate as fodder for a documentary about a rock star's trials and tribulations. We owe her that much, whoever she is.