My Sin Was the Sweetest Love 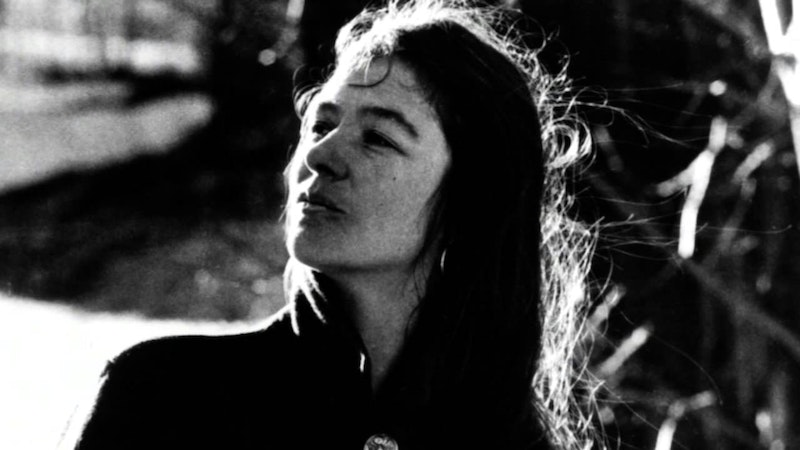 When folk singer Karen Dalton died in New York City in 1993, it had been 22 years since her last album. If she'd attained some notoriety around the Harvard Square and Greenwich Village folk scenes in the 60s and early 70s, by 1993 she was all but forgotten. She'd reluctantly recorded just two albums, 1969's It's So Hard to Tell Who's Going to Love You Best, and 1971's In My Own Time—twenty songs in total, all of them covers.

It’s rather remarkable (and all too appropriate) then that 22 years after her death, Dalton’s own songs have finally been recorded and released, as part of a new compilation from Tompkins Square, with contributions from the likes of Lucinda Williams, Patty Griffin and Isobel Campbell. Dalton’s albums have been re-released on various labels since the mid-90s, and there have been three albums of home recordings and live bootlegs, but all songs on the soon-to-be-released Remembering Mountains had to be interpreted from handwritten notes.

That this compilation, ultimately, isn’t very good is really just a reminder of what we’ll never hear again: Dalton’s achingly authentic voice, that faltering warble and twang that earned her so many comparisons to Billie Holiday, even if it was learned in rural Oklahoma listening to post-Dust Bowl folk and blues. “She was the only folk singer I ever met,” Peter Stampfel once wrote, “with an authentic 'folk' background. She came to the folk music scene under her own steam, as opposed to being 'discovered' and introduced to it by people already involved in it."

Dalton’s own songs draw on that “authentic ‘folk’ background”—the lyrics are often lullabyish, sometimes deliberately obscure. Of course if Dalton made every cover her own, the artists on Remembering Mountains attempt the same, with mixed results. The standout track is certainly Lucinda Williams’ “Met An Old Friend”—the only straightforward verse-chorus song on the album—with Doug Pettibone offering some terrific slide guitar work. Patty Griffin’s “All That Shines Is Not Truth” is beautifully soulful and both Sharon Van Etten and Marissa Nadler turn in finely-crafted songs, but overall “finely-crafted” may be to the album’s detriment. Everything is just too well put together (and too sad). There’s none of that impromptu grit that defines Dalton’s work—even In My Own Time, produced by legendary bassist Harvey Brooks, is rough in all the right spots, and though Dalton’s life was troubled, her music isn’t particularly sad. The fact that Remembering Mountains doesn’t inspire repeat listening says it all.