Her first solo single is an ineffectual piece of preaching to the choir. 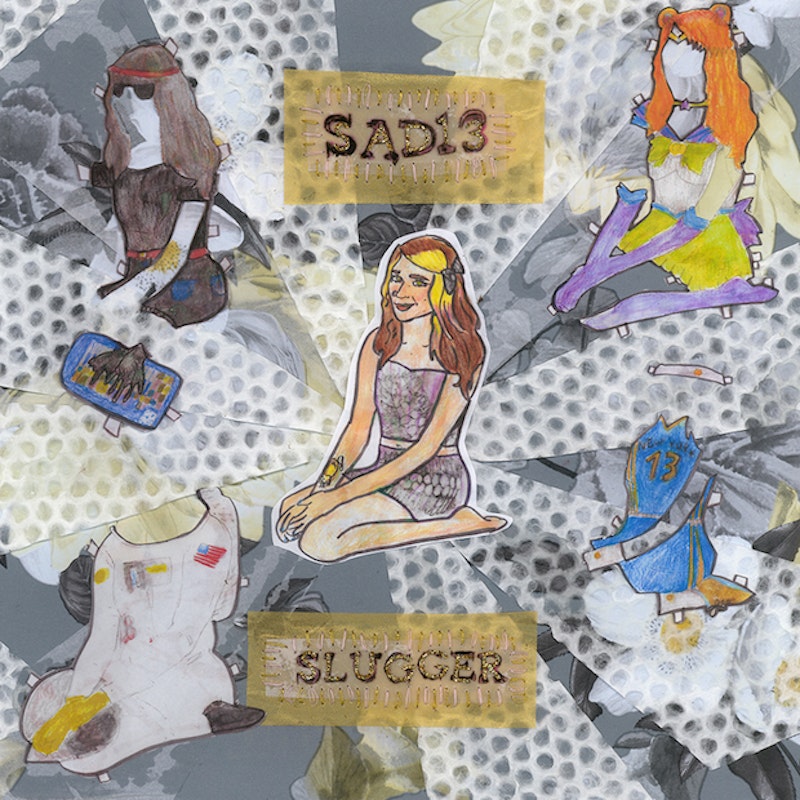 It’s been diminishing returns with Speedy Ortiz for me for a while now. I loved “Swim Fan,” their debut LP Major Arcana in 2013, and a handful of songs from the follow-up Foil Deer last year, but as their music got more predictable, their attitude soured. Then there was the “Help Hotline” that they set up for a tour last year a few months after the release of Foil Deer. It’s just intuition, maybe good intentions abound—but either way, it’s an ineffectual way of making shows safer. This should be security’s job, but of course that’s something you can’t always rely on. But a temporary hotline that the majority of the audience probably knows nothing about?

Accusing a band of doing something like this to promote a poorly-attended tour is harsh, because it’s a deeply cynical move. At the same time, I’ve always gotten a stand-offish vibe from the band and singer/guitarist Sadie Dupuis. I’ve seen them about half a dozen times, each set shorter and sloppier than the last. I saw them at the Black Cat in DC last May, and about three songs in, some guy in the crowd yelled out “I love you, Sadie!” She deadpanned back “Uhh… I don’t know you.” As far as rock concert heckling goes, it doesn’t get more innocuous than “I love you, [band member]!” There’s a difference between righteous indignation and mock outrage. There’s a lot of work left to be done in the male-dominated music world, where female musicians are routinely ignored, dismissed, harassed, and threatened by fans, managers, sound engineers—creeps, idiots, and violent assholes are lurking everywhere. But crying wolf and making issues out of absolutely nothing is counterproductive at best, disingenuous at worst.

Dupuis announced a solo album yesterday called Slugger, out November 11th on Carpark. She says, “I wanted to make songs that were the opposite of ‘Genie in a Bottle’ or ‘The Boy Is Mine.’ Songs that put affirmative consent at the heart of the subject matter and emphasize friendship among women and try to deescalate the toxic jealousy and ownership that are often centered in romantic pop songs.” The first single “Get a Yes” is just dreadful, a piece of limp, unintentional parody that sounds like something a traveling D.A.R.E. counselor would record for 10th graders. Dupuis doesn’t have the voice to carry a pop song, and her delivery and execution here is beyond weak, especially when you compare it to its supposed opposite: over-sexualized late-1990s pop that sold millions.

We’re flush with affirmative feminist anthems: Beyoncé’s Lemonade is the latest world-conquering example. Britney Spears may have a new album coming out, but the brand of pop that she pioneered and Dupuis aims to oppose is out of style. Beyoncé, Taylor Swift, and Miley Cyrus, to name a few, make the kind of empowering and progressive records that Dupuis is aspiring to. “Get a Yes,” a song about affirmative consent, is just no fun, and this kind of thing doesn’t have to be a drag. It does a great job of conjuring up memories of drug ed. and after-school specials. The chorus (“I say yes to the dress when I put it on/I say yes if I want you to take it off”) is straight out of Saved by the Bell. It’s not exciting or fun. This is preaching to a choir that’s growing wearier and wearier of swallowing amateur hour garbage and being too scared to criticize it. “Get a Yes” not only lacks any of the tunefulness or power of like-minded material by Sleater-Kinney, Xiu Xiu, or L7, it reeks of the same corniness that plagues high school guidance counselors and public safety commercials. Show me the hearts and minds changed by “Get a Yes” and I’ll buy you a Coke.