On the Muddy Banks 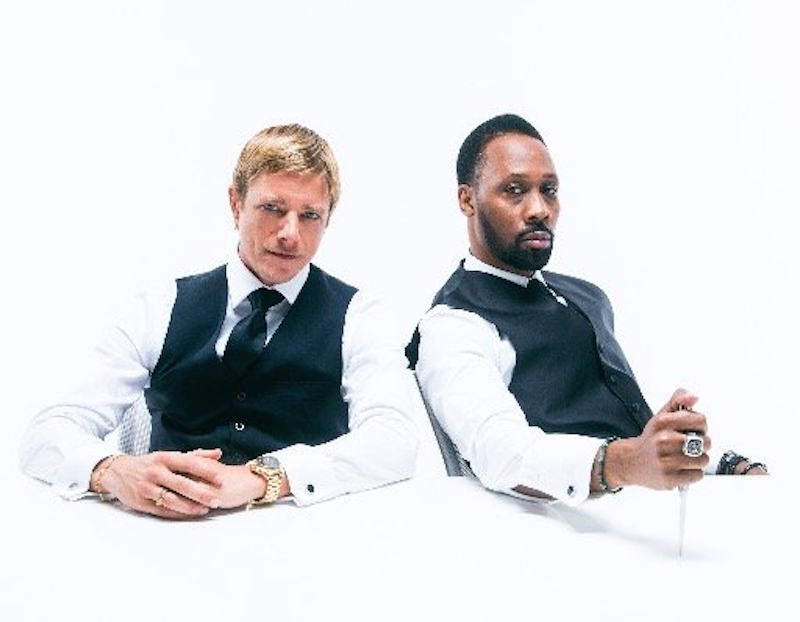 The Paul Banks & RZA collaborative project Banks & Steelz shouldn’t surprise anyone. The duo’s a better match for Banks than the other members of his main squeeze, Interpol. Not so sure about RZA and the Wu-Tang Clan. Their first album, Anything But Words, is certainly better than the last Interpol album and the Wu-Tang Clan’s sporadic 21st-century efforts. Both groups are haunted by their debut albums: no one but the fans remembers anything past Wu-Tang Forever and Antics. Every review of anything Banks is involved in for the rest of his life will mention Turn on the Bright Lights and how moody and broody and depressing it is, and how everyone just wishes they could somehow pop out a sequel. Banks hates his singing on the first Interpol record, and it’s remarkable how much the timbre of his voice changed even from 2004’s Antics to his solo debut as Julian Plenti in 2009. Since then it’s stayed the same: play Anything But Words back to back with Skyscraper and it sounds like the same song cycle.

Both Banks and RZA are unfairly tagged with the moment-in-time, lightning-in-a-bottle sound of their debuts: Wu-Tang will never be as gritty as they were on 36 Chambers, and Interpol will never be that murky, nervous, and perfectly inexperienced as they were in 2002. Both artists quickly grew out of the modes we want them frozen in. Anything But Words isn’t some bizarre surprise if you’ve been paying attention: Banks’ roundly mocked 2013 mixtape Everybody on My Dick Like They Supposed to Be never could’ve come from the same guy that fronted a band of Harry Potter/Hitler Youth goths that wrote droning dirges in B and D minor. By 2009, Banks’ adolescent waver and drunken swagger were gone, transformed into something way more nasal and gauche. It’s the difference between wearing a V-neck sweater over a tie and leaving most of the buttons undone on your shirt. Songs like “Speedway Sonora” and “Ana Electronic” are fully in that nouveau rich mode, but the former is especially exciting—Banks’ voice and his lyrics are his best assets. He knows six guitar chords tops, and everything he does harmonically here stays in a familiar range: “Wild Season” is a drag, a ballad with a weak hook and poorly incorporated cameo by Florence Welch.

“One by One” is a moody one that works, and most of the second side of Anything But Words manages to be atmospheric without losing the plot, much like the back half of Interpol’s 2010 self-titled record. The lucky chemistry between RZA and Banks makes this the most compelling work Banks has done since that 2010 record’s superb singles. RZA’s kinetic verses on “Conceal” and “Giant” are complemented and balanced nicely by Banks’ bed of vocal overdubs and distant, reverb’d out choruses. “Love and War” could’ve easily been a shitty Interpol or Julian Plenti song, but here a slight idea is turned into something much more substantial and distinct because of the pair’s unexpected rapport. Should’ve seen it coming? Maybe, but Anything But Words is far from predictable.