Running Out the Clock 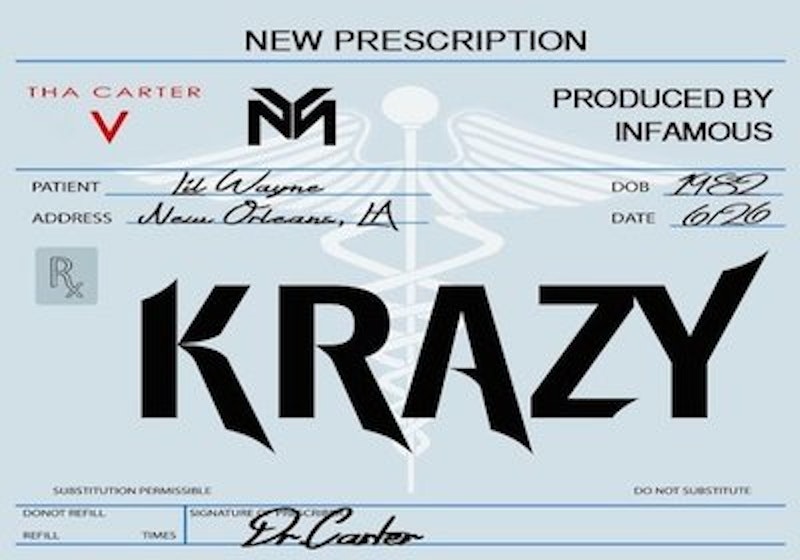 Throughout the 1990s and early aughts, it was de rigueur—in certain circles, anyway—to goof on pro-Boomer rock rags like Rolling Stone for praising new platters from Boomer touchstones like Carlos Santana and Mick Jagger. Recently, it’s been amusing to watch Complex and assorted message board wags rushing forward to defend Lil Wayne’s latest singles and features, equivocating that the Young Money MC is in the midst of a lyrical and conceptual upswing out of the past five or six years of rapidly diminishing returns. Times change, but the rationalizations of apologists and contrarians—built on hope, bygone glories, and a weird sort of institutional Stockholm syndrome—rarely ever do.

What’s happening with Wayne now is that he’s beginning to reckon with the fact that despite being internationally famous and wealthy, he’s not part of the rap conversation, or the pop conversation, or even the discussion of “worried parents whose children are succumbing to that hippity-hop.” Even the tired, perennial “song of the summer” conversation—which he was in the thick of with “Lollipop” some years back, if you’ll recall—drones forwardly, mindlessly, without Weezy in tow. The entitled laziness characterizing more singles, mixtapes, and albums than I care to list here has given way, in 2014, to a marked overcompensation – to embattled, workmanlike sixteens, as if projecting half-interest and determination might somehow substitute for atmosphere and inspiration.

“Believe Me,” featuring Drake, the previous single from Tha Carter V—which no one is anticipating despite the fact that it’ll go on to move millions of units anyway—was notable for basically being an imitation Drake number (supposedly not produced by Drake wingman 40, but whatever) with Wayne tagging along, aping Drizzy’s flows. For “Krazy,” producer Infamous crafts a tweaking synthesizer pattern that suggests sentient Legos connecting, dissembling, re-connecting, and so on, with some of those Legos fluorescing a melody in dirty neons; this is bare-bones stuff, a beat that should act as a showcase for a rapper ready to get down to business.

But Lil Wayne is not ready to get down to business. “Ain’t got nothing left to prove, unless I’ve got to prove it in court/Die young, and leave a good-looking corpse,” he declares en route to reverberated ad libs of one of his more unfortunate aliases and some busy overtures to drive-bys, anonymous sex, and the smuggling of narcotics. “Krazy” makes for an intriguing contrast: Infamous’ intricate Transformers grind emanating a sweat-less cool, Lil Wayne’s studied bluster very literally—for MC and listener alike—an exercise. The wordplay is sturdy without being especially memorable; “glucose” gets rhymes with “too close” and “kudos,” the man’s former jailmates get a shout, he’s cool with any of you bagging his leftovers. And while randomness is—or, was—Wayne’s forte, his impulse decision late on the track to compare himself to Martin Luther King, Jr. is a reminder of Tha Carter III’s more rambling, batshit (and oddly successful) attempts at self-canonization.

Wayne’s core narrative—he’s crazy, he’s rich, he’s got a spaceship and may not be human, he’s stoned, he free-associates off the dome—left him a great deal of wiggle room in the salad days of 2003-2008, but has since revealed itself to be as much of a straitjacket as Clipse’s hustler-centric ethos. Pre-Rikers and pre-Tha Carter III—I’ll rep for 2009’s The Hottest Nigga Under the Sun, which straddled/subsumed elements of the first Young Money album and Rebirth but after that all bets are off—when Wayne was high all the time and recording to the detriment of almost everything else in Wayne’s World, it wasn’t necessary that he chew up all the scenery. The dude just had to cackle, spit out a yeaaauh or 20, exude a uber-Puck exuberance, and dole out mad-genius X-rated Seinfeld-ian couplets over other rappers’ radio-ripped beats, and voila, everyone within range of a laptop ooohhhed and wanted more, more, more. In a sense, Dewayne Carter was rap’s modern Miles Davis; he stepped to a booth and embodied an effortless, manic cool. Now rap, for Wayne, is really work—and those strains show. The only consolation? Tha Carter V is supposed to be his last album, and once it drops, we can give up on hopes of a true return to form, once and for all.