You read that right. 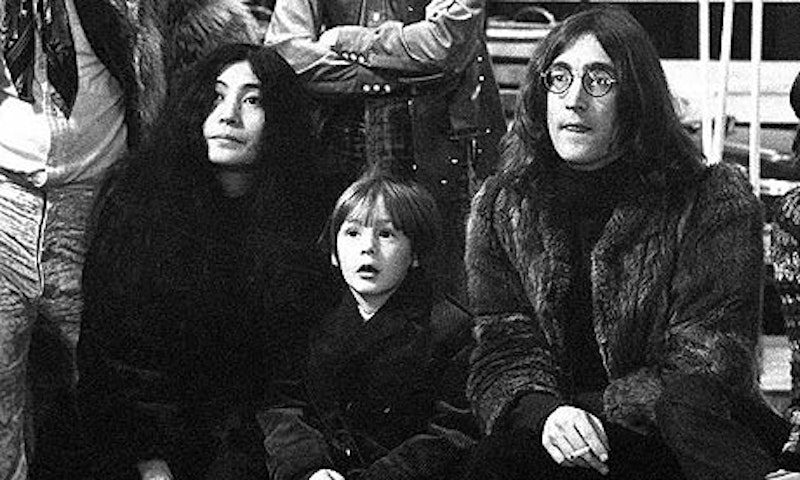 Is there a topic covered less in contemporary music? Yes, many. This one is surprisingly popular. Don’t believe me? There’s a list on Wikipedia. Here are the Top 5 songs about child abuse.

“Everyone’s Gone to the Movies”—Steely Dan: Does it get any better than this? Vibraphones and twinkling emerald pianos, the polite but insistent bass line, and the dry, thumping, throbbing drums—this easily passes for entrance music at F.A.O. Schwarz, only with lyrics about a creep luring kids into his “den” to watch 8mm amateur porno reels. Yes, “take off your chinos and set right down, and start the projection machine.” Mr. LaPage is thrilled because “soon you will be eighteen”—or a teen? Oh man. Everyone’s gone to the movies. The sound of sparks in his eyes during the chorus, “Now we’re alone at last!” Little bells like the tingling in his balls. Probably one of the most disturbing and subversive songs ever released on a major label, let alone a band that lives on classic rock radio and summer amphitheater tours (and yes—it’s on the setlist this year).

“Vulture Piano”—Xiu Xiu: The album that this is from—The Air Force, brilliant and singular—is filled with self-hate, anger, frustration, confusion, bitterness, sadness, everything abrasive. It’s fantastic, easily one of my favorite 10 or 20 records ever. Those without a dark sense of humor might find Xiu Xiu a bit much, but they’ve always managed to be deadly serious and faithful to the weight of the stories discussed, with grotesque and batshit textures and sounds. “Vulture Piano” would’ve been the second single if this record got a second single—upbeat but sad, with great sing-a-long potential. “You could say it’s nothing, you could claim there’s no one to hide, you could be respectable and keep it to yourself at least, ‘cuz you know she was the best that you’ve had.” One of the most chilling and pulp red choruses I’ve ever heard. Whether Jamie Stuart is addressing an uncle, a stepfather, or if it’s his sister or his mother being abused, is unclear… though he’s stated that many of the album’s lyrics are directed at a specific person.

“Falling Away From Me”—Korn: Limp Bizkit was goofy, Linkin Park was melodramatic, but Korn was genuinely creepy and unsettling, at least at nine years old. Their singles, especially “Freak on a Leash,” “Here to Stay,” and “Falling Away From Me” were really evocative musically and as lyrically as good as it gets when it comes to late 90s/early aughts nu-metal and third/fourth wave grunge. Even though Korn started all this shit it would’ve happened eventually. Begs the question though… Staind, Puddle of Mudd, Nickelback… were they inevitable? Necessary? Is North Korea even technically a Korea? “Beating me down, beating me, beating me down, down, into the ground…” This song captures what all the other Abuse Rock of that time didn’t. It makes you feel like a kidnap victim, or a prisoner. Fieldy’s bass, the high-pitched eerie teary-eyed scared and broken guitar notes whimpering, battered bruises that would eventually lead to the catharsis of a dubstep album.

“Division Day”—Elliott Smith: Breezy guitars and soaring major key vocal lines mask a barely disguised report from the front lines of a divorced home, wherein the stepfather “makes some sick exchange that struck him as wrong, and moved him along, closer to division day.” The lyrics are plainly about the abuse Smith would only briefly discuss before his suicide in 2003, which is unusual since the songs dates back to 1996. Coded if you don’t know it, I guess. “Division Day” is peculiar because it sounds blissfully content and even confident compared to most of Smith’s other songs. Practically all major chords, it’s a rallying cry for… something. But like “Waltz #2,” “Pitseleh,” “Abused,” or “Strung Out Again,” this song can’t shake an upbringing that made someone change their name from Steve to Elliott. Listening to this song, you’d just never know the trauma was there, unlike pretty much every other Elliott Smith song. Disguising the nasty bits in joyful music is a brilliant device and reinforces the confusion and schism these things bring.

“Hey Jude”—The Beatles: Okay, this one is indirect, it’s Paul McCartney singing to John Lennon’s son Julian, neglected by his father from birth, reassuring him in his cotton candy way not to make it bad, to take a sad song and make it better. But y’know, Julian, yer name just didn’t fit in the verse quite right, so I changed it to Jude. Double diss from the most successful songwriting team in history. And, Paul didn’t even tell Julian it was about him until after John died! Which leads me to believe Paul didn’t write this song for Julian and came up with that nice little story to throw the boy a bone, though you’d think he’d clue in Julian when “Hey Jude” became one of The Beatles’ most played and well known songs. John’s neglect of Julian is such a pox on his personal life it throws everything he said advocating for peace, love, and understanding into question. Yes, John was a shit to Julian, who he thought was “as dull as his mother.” But Paul sort of fucked him too, I mean really, do you believe this whole “ohh, well Jude just fit better” business? Yeah, it does fit better, I don’t think you were singing “hey Jules,” you ninny. Julian gets dissed, even when he’s being reassured! Christ, how does he get on?