Revival Movements Get a Bad Rap

An appreciation of the Poets of Rhythm. 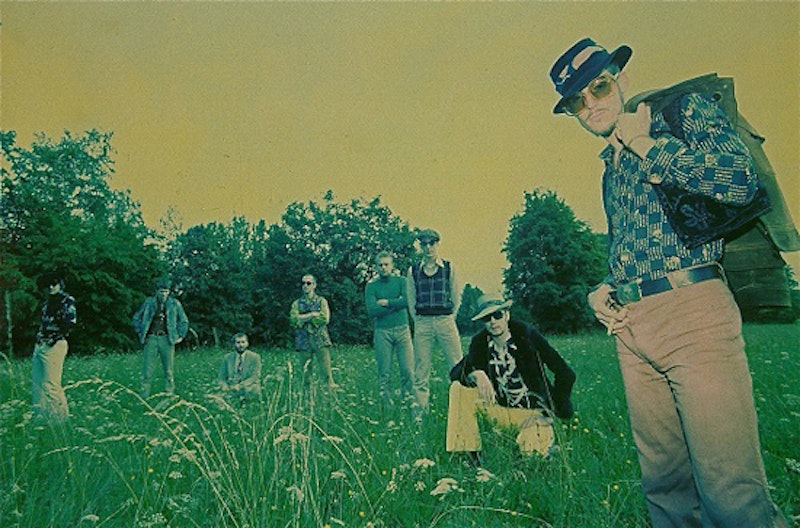 The critic Jon Caramanica recently wrote in The New York Times, “Nostalgia is the weakest way to keep a scene alive; it asks only that you study carefully, not that you write new curriculums.” In this line of thinking, musicians are beholden to their original sources and unwilling to cut against the grain or experiment. The result is slavish imitation, rather than open inspiration.

But even as they do not directly open up new worlds of artistic creation, the acts of preservation and conservation have their own virtues. After all, history is important, because recordings may not last forever. And when you revive the old and place it next to the new and different, strange sparks might be created.

2013 has been a year of preservation in some quarters—Daft Punk, in their effort to make a late-1970s disco record, went so far as to explicitly recreate that 70s studio recording experience. Obviously, Daft Punk aren’t the first preservers around. The Anthology 1992–2003, containing music from a German funk band, the Poets of Rhythm, shows a group that started dreaming about reviving electric James Brown more than 20 years ago. (The Anthology has been released by the Daptone label, which believes so fervently in the glory of the past that it records with analog technology, like time stopped in 1968.)

Much has been made of the German origin of the band’s founders. Of course, white Europeans (and white Americans) have long looked to Black America for inspiration, so there’s nothing especially surprising about expertly made funk from Germany. In fact, revival often involves white musicians mimicking black forms: recent examples include Amy Winehouse, Robin Thicke, Mayer Hawthorne, and Adele. The Anthology contains odes to Augusta, Georgia (James Brown hails from Macon) as well as both North and South Carolina, which is amusing in the same way it was when the Band, mostly Canadians, sang an ode to the Civil War and “old Virginny.”

The Poets liked breakneck funk, executed with precision and force. Their tracks drip with lurching organ and guitars that itch and scratch simultaneously, weaving and darting. The beats snap, heavy on the ears but light on their feet, and hand percussion adds a steady pulse, in case you missed all the other suggestions of forward movement.

In addition to Brown, the Poets have also name-checked the Meters, from New Orleans, who preferred a bubbling, laid-back strand of funk: less of a full-bore assault, and more of a luxurious rhythmic experience. So while the Poets charge at a rapid pace in “Augusta, GA” or “The Donkey,” a dead-ringer for Brown’s “Licking Stick,” they don’t always feel the need for speed. “It Came Over Me” is an affecting ballad complete with backing vocals, a string section, and mournful horns. The Poets show a keen ear here, keeping the song short and to the point, avoiding a mistake Brown was often guilty of in the 70s, when he stretched his ballads almost as long as his driving numbers, which sometimes diluted their impact. (“Lost Someone,” probably Brown’s signature ballad, derives its power in part from compactness.)

“Everyone knows what time it is,” sing the Poets in their Christmas tune, about “people getting down beneath the Christmas tree.” The Christmas tree is a nice touch, but unnecessary. Their time depends only on the presence of classic funk’s hard down-beats. Not a new curriculum, but it still offers at least one lesson: how to move.