Survival of a Country Boy 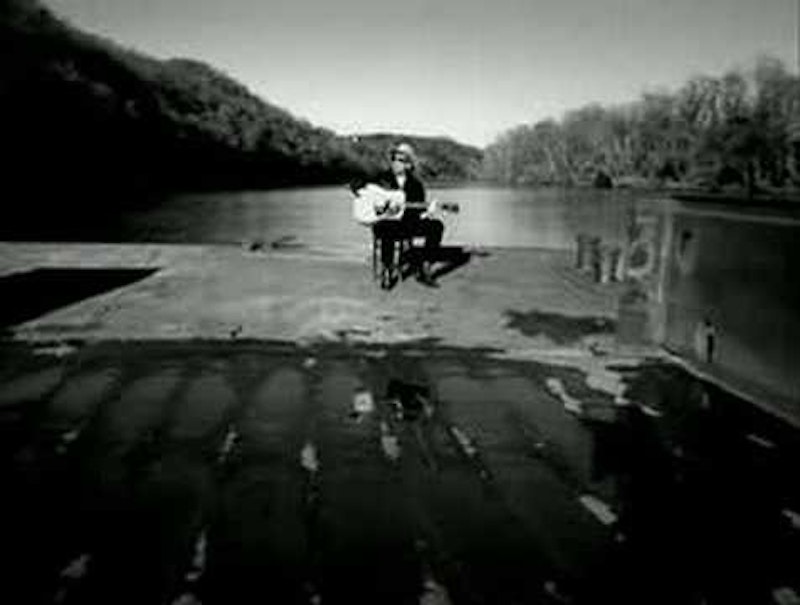 I'm not a fan of country music, even though I grew up on a farm and much of my extended family has horses and cattle, but every now and then a song captures my attention in a way I both hate and yearn for. The first time I heard Hank Williams, Jr. warble out "A Country Boy Can Survive," I couldn't stop listening—not really for the music itself, but because of what Williams Jr. says while making it. Over the course of four minutes and 16 seconds, he explains how his knowledge of trout-catching, buck-skinning, and wine-making sets him apart from fancy, city-raised folks; people who are, evidently, doomed to be mugged by dark-skinned men with switchblade knives. It's the kind of song that starts off fairly harmless, a generic if probably honest cheering-on of those who exist on the periphery of society, but quickly devolves into an oversimplified and vaguely essayistic denunciation of entire groups of people. You know, Americana.

The first time I heard it, three friends and I were driving through the dry flatness of California's central valley, on our way back from a gig pulling up and recycling Astroturf. It’d been dirty, tiring work, and as we drove through miles of fruit trees and dust fields that had long since lost their springtime green, we were feeling much more blue-collar than our collection of degrees in writing probably warranted. Or at least, our degrees lent the dust on our faces, the sunburns on our necks and the budding calluses on our hands a kind of quaint, if not ironic air. We laughed and joked like four guys who knew they weren't going to be doing this kind of work for long. And even though we’d just been paid better than anything our education was likely to pull in anytime soon, we were headed home full of the knowledge that we were headed for better—or at least cleaner—labor.

That's why when Jeff, our driver that day and in many ways the ringleader of the quartet, played "A Country Boy Can Survive" on his smartphone, we immediately began breaking down the song's rhetoric, questioning Williams' stated and unstated assumptions, and looked down on anyone who might, unlike us, listen to the song without irony. We'd had a lot of practice by this point. Getting a graduate degree in a place like Fresno provides many opportunities to interact with people who don't realize their town offers such things, much less that anyone would bother getting a degree in something as basic as writing.

The four of us listened to Williams explain how he lives in the backwoods with a shotgun, rifle and a four-wheel drive, criticizing his prioritization of these items over the kids and woman—not wife, girlfriend, etc.—that he also possesses out there. We listened to him list all the things he can do—manly activities like plowing fields, skinning bucks and running trout lines, and mocked the obvious pride he took in such abilities. But it wasn't until the fifth verse that our literary criticism really got going. That's the part of the song Williams devotes to his city-born friend who was, we learned to our growing amusement, killed for $43 by an unknown assailant with a switchblade knife. Williams ends the verse by saying he'd “love to spit some beechnut in that dude's eye/and shoot him with my old 45.” We jumped all over this, the song's only direct reference to how and why exactly a country boy can survive.

This, it seems, is the song's final message, and the reason I, despite my definitively rural upbringing, can't help but cringe at the idea of anyone taking Williams' song seriously. This is where Williams and I diverge. I'm proud of where and how I grew up, and value the skills and knowledge acquired, but unlike Williams I can't get behind the blank and unsupported assumption that rural life is inherently better than its urban or even suburban counterparts. This might be because I grew up on a farm, but I reject out of hand any form of rural romanticism. Anyone who's done the kind of work I have for the pay I've been given, anyone who's seen the kind of exhausting poverty that so often follows agricultural enterprise would have a hard time swallowing what Williams is offering.

That's why the four of us had no problem making fun of what was essentially someone else's battle cry—we didn't believe in it, and as such couldn't think of it as anything but funny. But I'm beginning to question the value of the kind of distanced, aloof criticism that was our only way to interact with Williams' song. While I doubt many people actually believe that, like Williams says in his first verse, “you only get mugged/if you go downtown,” in the year or so since that car ride I've heard the song a few more times, often by people who weren't listening to it with any hint of irony.

I'd walk into a bar at two p.m. to escape the summer sun and that song would be playing. A tattooed twentysomething with drywall splatter on his pants would stroll back to the bar and flirt with the bored-looking bartender who looked old enough to be his mother while Hank Williams Jr. would once again begin to tell me about his winemaking and deer-hunting skills, secure and confident that I, his listener, either shared his experiences or envied them. I'd sit quietly in the corner booth watching and listening and pretending to enjoy the music as much as guy who so unselfconsciously chose it from that digital jukebox, and who just as unselfconsciously returned to the bartender, never thinking that the young and tanned but not paint-splattered man in the corner was an imposter, and I'd think about how huge the distance between people can be.