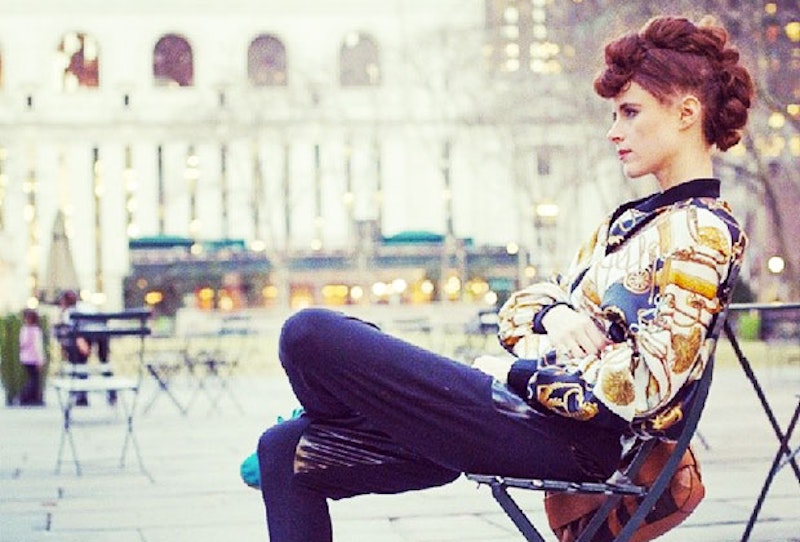 These days, every genre of music is cycling through its past simultaneously. While disco is dissected from every direction, a separate group of musicians work to pick apart disco’s successor: the fiery club tracks that ruled the early 1990s (often classified as deep house). Because dance music has never had the stigma overseas that it has in the U.S.—where racism and homophobia led to events like the infamous Disco Demolition Night in Chicago—many of the young artists channeling these sounds are from other countries. But there’s no doubt that young American acts will take notice soon, if they haven’t already.

Kiesza (full name Kiesa Rae Ellestad), whose latest single, “Hideaway,” has hit number one in several countries, comes from Canada. She’s not afraid of spelling out her influences: the Hideaway EP contains a piano cover of a 90s dance classic, Haddaway’s “What Is Love” (immortalized by SNL), which Kiesza unwisely attempts to remake as a piano ballad. But there’s nothing unwise about “Hideaway,” which works around a massive, syncopated beat. One synth hammers out a bass line, while another plays out a high motif. Ellestad sings in an airy, piercing voice, “You’re just a chance I take to keep on dreaming/you’re just another day that keeps me breathing.” The “just” makes it sound like breathing isn’t really that important, while the track declares that everything is life or death. Only a dubstep-esque build hints that “Hideaway” was made after the 00s.

There’s a key moment in “Hideaway” when Ellestad builds anticipation by singing the hook over the track’s bare bones, beat and bass; on “No More,” the English group Gorgon City employ a very similar approach. Their Real EP from 2013 was at least half instrumental songs, but since that release, the group has worked with more vocalists. A singer named Liv, who prefers a mid-range coo to Kiesza’s high end, helms “No More.” This is a cooler tune—a couple long synth chords glide over a flat beat. Most of the heat is generated when the synths drop away to let the bass vamp.

Gorgon City fit into a long tradition of male dance music acts importing potent female vocals; in the late 80s and early 90s, this helped several disco singers pay their bills. Duke Dumont, also English, takes a similar approach on his new single, “Won’t Look Back.” With three hammered keyboard notes and the aid of a poorly-credited woman with an armor-clad tank of a voice, this tune screams for inclusion on one of those 90s Ultimate Dance Party mixes. Dumont creates a song of titanic proportions and imbues it with a live in the moment, nostalgia-is-for-suckers sentiment—“your love it makes me stronger no matter what we’re going through, I won’t look back.” There is a multi-tracked, climbing, gospel portion that compellingly repurposes religious fervor for secular celebration. (It also sounds like it’s repurposing part of the Loleatta Holloway vocal from “Ride On Time,” released by the Italian producers Black Box in 1989.)

Mr. Probz, from the Netherlands, fits into a different dance music tradition, one best exemplified by yet another English purveyor of dance music, Ben Watt. After his work in the duo Everything But the Girl, Watt had a successful career as a DJ. For a while, he was specializing in Latin-flavored house music, and Probz’ “Waves,” remixed by the young German DJ Robin Schulz, sounds like it could play easily next to Watt’s rework of Sade’s “By Your Side” or Meshell Ndeogello’s “Earth.” The original “Waves” is mostly just singing and looping guitar; Schulz speeds things up and adds Latin hand drums and a driving beat, but does so without shattering the track’s fragility. Probz’ voice isn’t a juggernaut, but it’s textured and grainy. While Dumont’s “Won’t Look Back” blows through obstacles, the “Waves” remix is content to remain sweet and floating. “Every time you are not around/I’m slowly drifting away/wave after wave,” Probz sings, and the loop and beat enact that wash.

Dance music has an understanding of dynamics and song structure: how to introduce elements and take them away, building suspense in pleasurable ways. (So does country music, another type of music long stigmatized, though for different reasons.) Perhaps a second introduction may bring this genre more recognition in the US. These exultant, 90s-inspired tracks embody persistence and repetition, wave after wave.