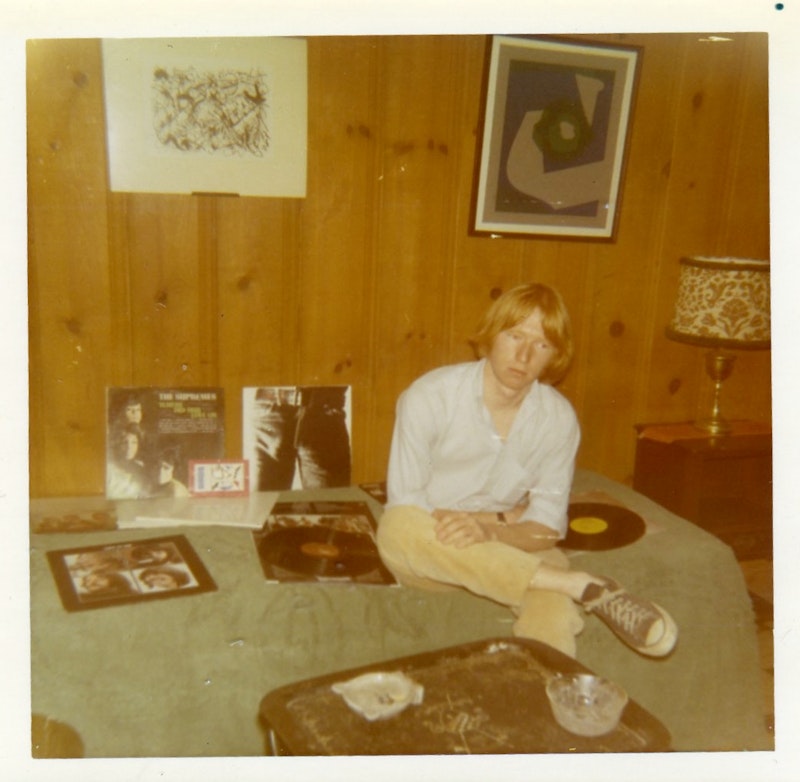 One of several soundtracks during the summer/fall of 1970 was Van Morrison’s Moondance, an album you just couldn’t escape, along with Workingman’s Dead and After the Goldrush. Moondance broke through so completely that even friends whose record collections were sparse sooner or later bought it, and it didn’t matter if their only exposure to the Northern Ireland singer was, maybe, the 1967 hit “Brown-Eyed Girl.” That sort of irritated me—although it didn’t compete with the ubiquity of “chick album” Tapestry by Carole King the following year—since I’d followed Morrison since his first record Blowin’ Your Mind, and his group Them before that, but that was high-octane teenage musical snobbery.

I was crazy about Moondance back then—I’d seen Morrison and the Byrds at Central Park a year earlier, in which he previewed some of the new songs—although as years have passed I barely give it a listen. Just the lyric from the title song, “A fantabulous night to make romance,” makes me wince and think of Nehru jackets and kids saying, for about six months, “groovy.” “Glad Tidings” still holds up, as does “Caravan” if you’re in a buoyant mood. But that’s about it. The less said about “And it Stoned Me,” the better.

I bring this up after reading Jon Michaud’s slight New Yorker book review of Ryan H. Walsh’s Astral Weeks: A Secret History of 1968, a volume that I’ll skip. I wouldn’t have guessed it back in the 1960s and early-70s, but Morrison’s shattering Astral Weeks was the highlight of his career, a moody, broody, at times joyous record that doesn’t have a stinker on it.

Released at the end of ’68 with little fanfare, Astral Weeks, despite some trippy, indecipherable lyrics that were of the time, has a sound that still won’t quit. (I’d put it in the same group of contemporaneous favorites as Love’s Forever Changes, the Flying Burrito Brothers’ Gilded Palace of Sin and the Byrds’ Notorious Byrd Brothers, Van Dyke Parks’ Song Cycle, maybe even Beggar’s Banquet.) “The Way Young Lovers Do,” “Madame George,” “Slim Slow Slider” and the title song still, some 50 years later, make me stop, listen and marvel at Morrison’s reveries. The same can’t be said for anything he released after Astral Weeks.

(The 1971 snapshot above—my brother Gary at 20—shows our playroom in Huntington, where the cheapo stereo was on all the time. Sometimes, when my parents were out, I’d open the screen windows, blast the music and play air guitar on our front lawn with a cool stick I’d found at Brown’s Beach.)

Bruce Springsteen, rock ‘n’ roll’s official ambassador (if Prince William ever ascends to the throne, don’t put it past him to waive the British-born rule and dub Springsteen “Sir Boss”) said the record gave him “a sense of the divine.” Springsteen’s commentary on fellow pop music celebrities is somewhat devalued since he lays it on thick so often—usually at the ludicrous Rock And Roll Hall of Fame annual circle jerk—but I certainly agree with the spirit, if not actual words, of his comment.

Probably in the minority here, but Morrison’s output after Astral Weeks just pales next to that ’68 album. I can think of a bunch of songs from succeeding albums that would fit on a “greatest hits,” but it’s a stretch to reach 12. “Domino,” Wild Night,” “Jackie Wilson Said,” and his collaboration with The Band on 1971’s Cahoots, “4% Pantomime” stick out, with maybe “Wavelength” for silver-age filler. Jeez, that’s an EP, not an LP!

That’s not whole Morrison story, though, for the breadth of his material, original and covers, with Them (and solo) is fairly staggering, if far less-celebrated. His vocals are gutsier and often raw (he was younger) on songs like “Here Comes the Night,” “Gloria,” “Mystic Eyes,” the best cover of Dylan’s “It’s All Over Now, Baby Blue,” “Spanish Rose,” “If You and I Could Be As Two,” “Baby Please Don’t Go,” “T.B. Sheets,” “Richard Cory” and early versions of “Madame George” and “Beside You.”

I did enjoy reading Michaud’s piece, for the nostalgia it stirred up, but man, his opening paragraph is for the birds. He writes: “Van Morrison’s ‘Astral Weeks’ has always seemed like a fluke. In November, 1968, the irascible songwriter from Belfast released a jazz-influenced acoustic song cycle that featured minimal percussion, an upright bass, flute, harpsichord, vibraphone, strings and stream-of-consciousness lyrics about being transported to ‘another time’ and ‘another place.’” As if “jazz-influenced” rock songs were rare (the Byrds “I See You”) or “stream of consciousness lyrics” (Dylan, 1965-’66) and out of the norm. So why, in Michaud’s opinion, is Astral Weeks a “fluke,” rather than a fully-realized record from one of the most talented singer/songwriters of the mid-1960s?