Out of Shadows, Into Shadows

Reviewing Khate’s the sun is dark but the moon is bright (self-released). 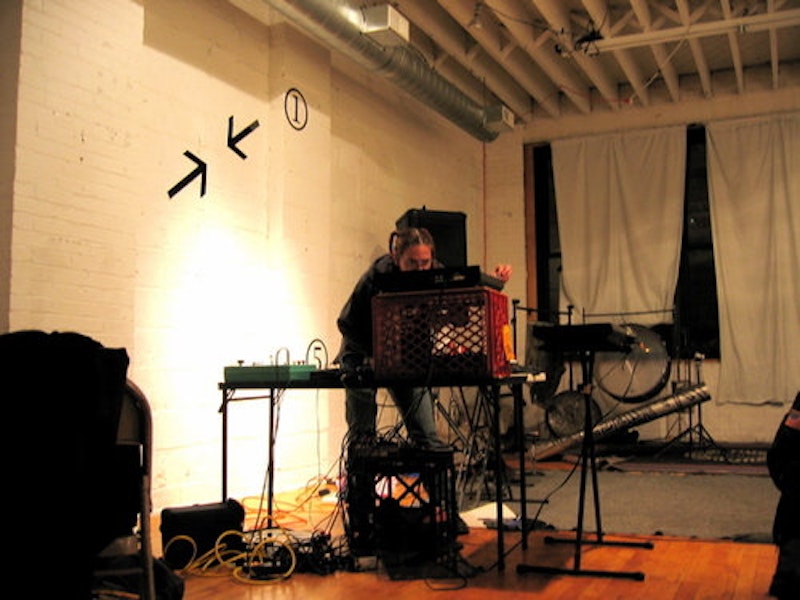 Khate Gausman’s second renaissance appears to be underway. The 2000s were a prolific time for the Newport News, Virginia-based artist, whose circuit-bending and electronic-toy repurposing yielded bushels of warped, cryptic fruit through labels like Intelligent Machinery Production and Just Not Normal. Then, around 2011 or so, she went dark. Recordings dried up; her home page surrendered to Internet weeds. Google searches suggested that visual art had become her primary creative focus.

Chimera—a collaboration between Gausman and husband Wayne Jacobs, who records as FERALCATSCAN—arrived in 2014. The Gausman-only A Radio for Speaking to God followed in early 2016. Though there were elements of both that I responded to, neither fully congealed. The albums were reminiscent of the Great Aphex Twin Data Dump of 2015: myriad ideas in various states of gestation compiled, lacking the shared context or sequencing that exceptional musical artifacts demand.

the sun is dark but the moon is bright, self-released last November, comes much nearer to this mark. It’s classic Gausman: dusty, clanky, rhythmically sly, Bomb Squad-esque, ancient yet prognosticative. “Insha Allah” is game to feed gravel and sampled choirs to a funky car compactor; “Mining Field” sounds like a peaking acid rave single sawing itself in half. “Spice” offers a shuffling, wonder-struck void of clipped bells, submerged ooze, and random left turns. There’s a confidence and subtlety at work here that renders even the low-key moments here fascinating; when “I had it glued at one point” phases through the fourth wall, with Gausman and Jacobs’ shared mumbles supplementing jazzbo primordial drones and interstitial stirs, the deviation feels earned, fitting, and appropriate.