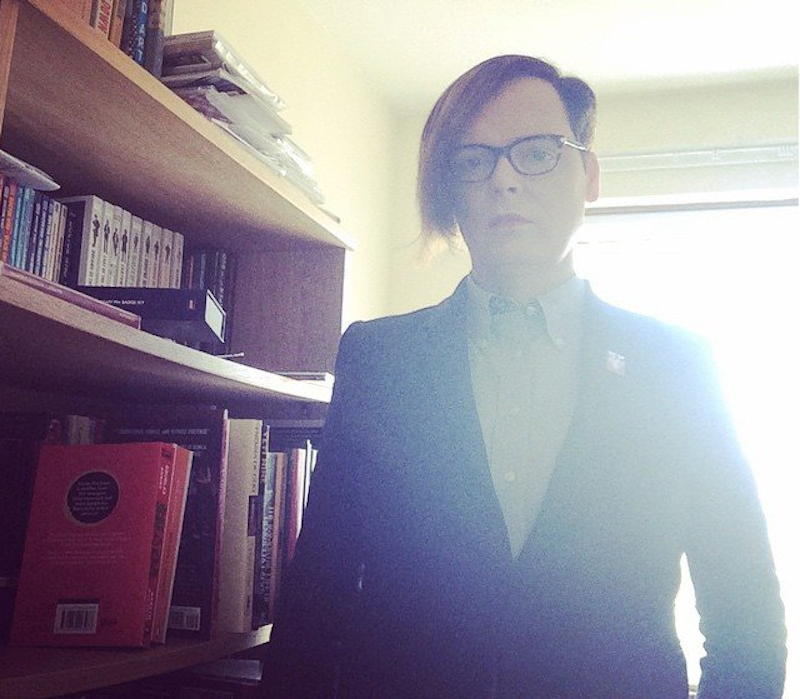 Every discography is a subjective journey from wherever an artist or group of artists began to wherever it is that the present moment deposits them, and us. Perspectives sharpen, dither, or both; no one is the same and everyone longs to return to different places. Almost in defiance of this idea, it feels appropriate to conclude my 52-week long survey of Elizabeth Veldon’s ever-expanding catalogue—a survey, frankly, that barely scratches the surface—with a song whose particular journey scans as the very antithesis of a journey, a song that suggests the very, very slow sliding of a level or twisting of a knob, a song that might be said to represent a piece of chalk gliding across and then off of a blackboard.

“red light fades to pink/the consistency of chalk” commences in a manner that’s stark, loud, and unambiguous: a long, sustained tone. That high, neon tone is gradually joined and then wholly usurped by a lower-register doppelganger. On paper, “red light fades” isn’t especially exciting or enthralling; it’s briefly maddening, and then it’s merely there, and after about six minutes it’s pretty much a done deal. Someone somewhere will inevitably assert that anyone with a keyboard could’ve written and recorded this minimalist sunset ear movie, or some version of it. But we didn’t; she did. She composed a swath of music that sounds like a late Mark Rothko painting looks, saw it through, then committed it to tape. “red light fades” will never be a hit pop single, but it’s powerful in a more instinctual sense, the way a rising garage door is powerful, the way the lines binding colors are powerful. The song concludes as if it, and by extension its audience, has been rudely interrupted.