On and Off and On 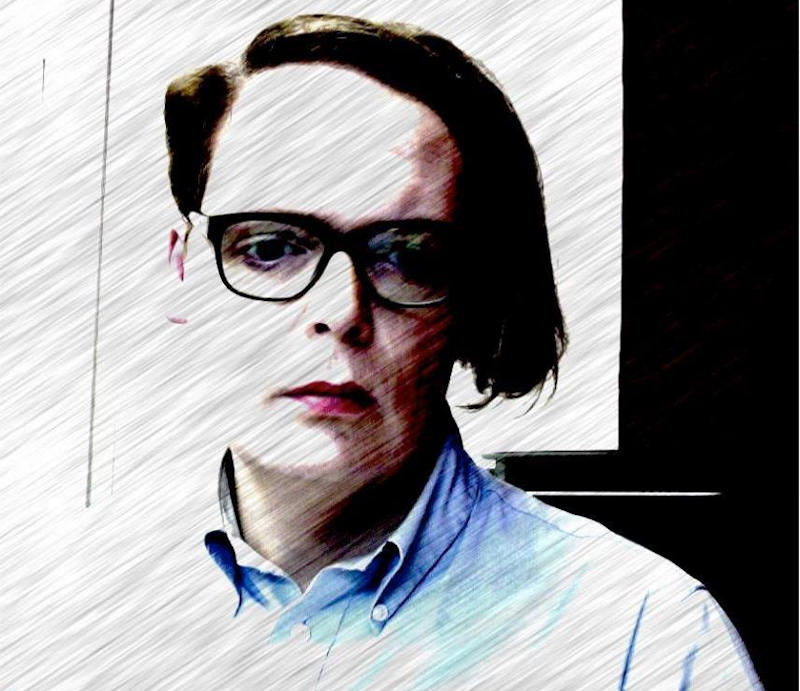 A number of my peers depend on mood-stabilizing prescriptions, drugs that stave off depression or keep them on a reasonably even keel. Some days, I’m tempted to join them. Contemporary adult consciousness is distraction and fragmentation; our dreams, fears, wants, and responsibilities scattered willy-nilly as if by a broken card-shuffling machine. Should a valuable notion or idea float by, seize it and hold on for dear life. Hesitate, even briefly, and the void wins.

“a prelude to battle (enola gay)” consists of brief, silent stretches interrupted by sickly, uncertain tones, like vibraphone strikes melting between the impact point and our eardrums. This approach—strategically applied clusters of notes, stranded—is undeniably a Veldon-ism, but that “prelude” might be this trope at its most repulsive. Within the pauses lurk dreadful tremors, because we know the tones will reoccur. When the tones reoccur, we hold out false, irrational hopes that this time the notes won’t curdle and warp, only to be disappointed as the next silence envelops us.

I want to suggest that the song mirrors my own stream of consciousness, day-to-day: the placid moments, the imaginative sparks, the clusters anxieties that will seem small and laughable five minutes from now. But is it ultimately preferable to drift along steadily, a leaf on a breeze, a current on a wife, an unbothered arrow approaching a target? Or is it better to be tapped into an immobilized, however briefly, by the reality that fear represents? In the end, which is more opprobrious: the terrible spaces, or those horrible, awful tones?