Once Were Brothers is a Great Rock Documentary

I’m not a huge Band fan, but the archival footage is spectacular. 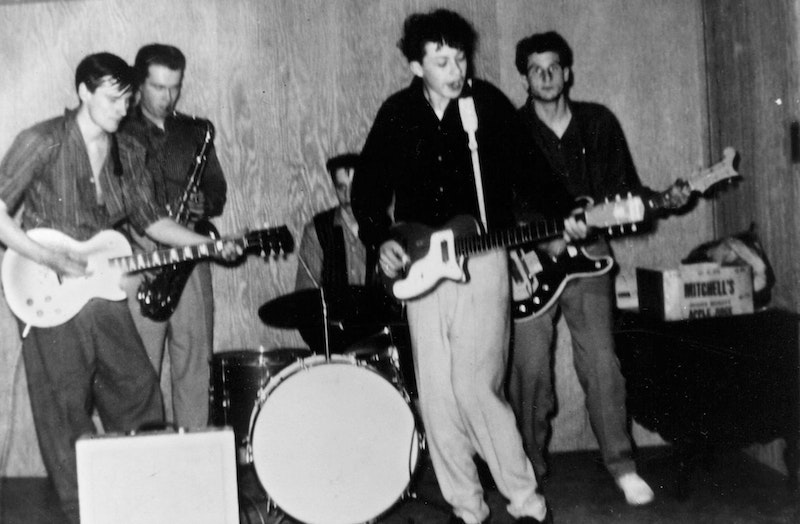 I saw the new Band—or, more accurately, Robbie Robertson—too-short documentary Once Were Brothers last weekend and thoroughly enjoyed it, probably more than I liked the group itself. An exaggeration, perhaps, but although I tried to go nuts over The Band in the late-1960s and early-1970s, like so many of my peers whose musical taste I respected, the quintet just never bowled me over. Too earnest, not a lick of humor in their songs, so-so Dylan covers and the patina of “real America” as interpreted by four Canadians and one Arkansan that bugged the hell out me. Maybe that was fair, maybe it wasn’t, but it was my feeling at the time, and still is 50 years later.

But what separates Once Were Brothers from the overrated Echo in the Canyon—way too much Jakob Dylan and friends interpreting ancient songs—and David Crosby (Remember My Name) documentaries from last year is that nearly all of the 100 minutes is archival footage, going back to the early-60s when the five “brothers” backed Ronnie Hawkins as a bar band to 1976’s farewell concert, filmed by Martin Scorsese (but of course) for his ’78 film The Last Waltz. The documentary draws from Robertson’s memoir Testimony (which I haven’t, and don’t plan to, read), and as he and sensible hermit Garth Hudson are the lone survivors of the group, he gets the last word and self-serving slant on their career. I was pretty caught up on The Band’s famous days (fairly short-lived, given the duration of their time together) and saw them play with Bob Dylan on the latter’s “comeback” tour of ’74, but was never motivated to see the group by itself. That show, by the way, was a disappointment, as Dylan and the Band blasted through the songs, even as the sold-out crowd lit their Bics.

I’d be hard-pressed to put together a 12-song album of my favorite Band songs, but here goes: “The Weight” (Robertson’s association with Dylan during the months they spent together in Woodstock is obvious in the lyrics; “The Night They Drove Old Dixie Down” (I’ve noted this before, but since the song is an elegy to the waning days of the Confederacy and mentions the #cancelled Robert E. Lee, why hasn’t the left-wing banned it?); “King Harvest”; “Acadian Driftwood”; 4% Pantomime” (a raucous back-and-forth with guest Van Morrison and Richard Manuel; “Stage Fright”; “The Shape I’m In”; the live version of “Tell Me Momma” from when they backed Dylan in Europe; the live Dylan-penned “When I Paint My Masterpiece” from 1971’s live Academy of Music show; “Up On Cripple Creek,”; “Chest Fever” and, I’m reaching here, “Across the Great Divide.”

In Robertson’s Testimony, according to friends, he comes across as a narcissistic revisionist, and leaves out the bitter acrimony between him and former best friend Levon Helm. One buddy, who’d up his Band album to 20 songs, stopped reading after 60 pages. The personal squabbles don’t really interest me, because I was never that invested in the group (unlike books about Dylan, The Beatles, Gram Parsons, the Kinks and Stones), but as Robertson was the main songwriter and eventual de facto leader—unlike Helm, Danko and Manuel, he kept his alcohol and drug use to a manageable level (similar to Mick Jagger and Paul McCartney), and never got hooked on heroin—it’s his story to tell.

And it is a good story: Robertson, who began playing guitar at 10 or so, recalls as a teenager he was suddenly blissfully bombarded in the mid-late 1950s with the sounds of Chuck Berry, Carl Perkins, Elvis, Fats Domino, The Everly Brothers, Little Richard, Roy Orbison, and the rest, and knew immediately what he wanted to do with his life. He remembers, with some condescension, asking a classmate his future dreams, and when the boy said he wanted to own a bowling alley, Robertson said, “I guess you can bowl free for the rest of your life.” His plans were far more grand, to participate in a musical revolution; as the footage shows, he was a killer guitar player, and Hawkins says he never saw anyone work so hard. Hawkins, now 85, makes a few appearances as an interviewee, and he’s funny: when Robertson asked him, upon asked to join Hawkins’ group, what the pay would be, “The Hawk” responded (not verbatim), “Not much, but you’ll get more pussy than you can dream of.” And then added: “And he did!”

Robertson’s ex-wife Dominique is also excellent in several cameos, remembering the excitement of The Band’s early days, and lamenting the wild life in Woodstock that crippled Helm, Manuel and Danko, detailing car crashes, endless drugs, all while she and Robbie were trying to raise a family.

Robertson’s legacy stake gets a little rich when he says, “I don’t know of any other group of musicians with a story equivalent to the story of the Band. And it was a beautiful thing. It was so beautiful it went up in flames.” I’d guess that other rock groups might feel the same about their own careers, but let them make their own documentary. One certainty: Bruce Springsteen will be on hand, as he is in Once Were Brothers, to make some grandiose proclamations. Off topic, but when it’s Springsteen’s turn for a film about his superstardom, will any of his slightly older peers be alive to return the favor?