The topic evokes the full gamut of emotions, so songwriters are attracted to it. 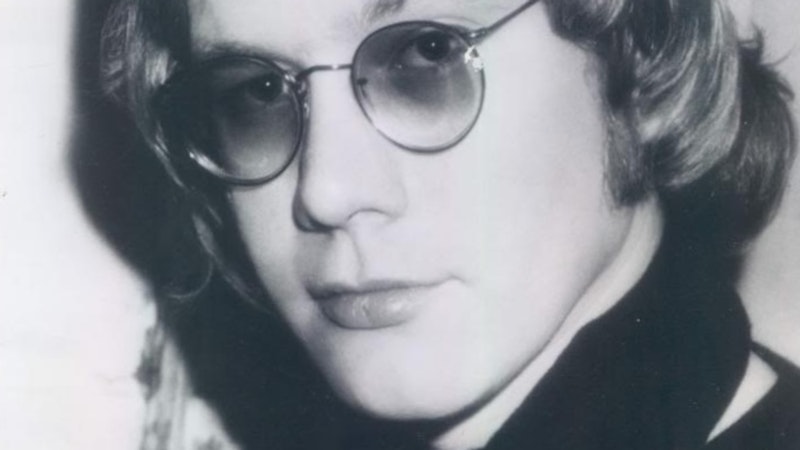 —"Lawyers Guns and Money," written and performed by Warren Zevon (1978). This song's about what to ask for when things get real dicey. It's a picaresque tale of the misadventures of a guy who gets in jams abroad and then calls dad to bail him out. It starts off on a note of espionage-tinged paranoia: "I went home with the waitress/The way I always do/How was I to know she was with the Russians, too?" Then it's on to Cuba: "I was gambling in Havana/I took a little risk/Send lawyers, guns and money/Dad, get me out of this." In Honduras, "The shit has hit the fan." The song's written around one simple but catchy guitar riff repeated over and over.

—"If You’ve Got the Money, I’ve Got the Time," written By Lefty Frizzell and Jim Beck, performed by Lefty Frizzell (1950). The narrator's a Good Time Charlie who'll only party with women willing to pick up the tab. He's the Material Man decades before Madonna introduced us to her Material Girl. Hank Williams is probably the most influential country singer, but his lesser-known contemporary, Lefty Frizzell, is up there. This song, which reverses the standard male-female dynamic regarding who pays for a night on the town, will take you right back to American Legion halls of the 1950s. It opens with the titular line that, like "Send lawyers, guns, and money," has entered the popular lexicon via music. The narrator's a scamp. He sings about honky tonkin' and drinking at every nightspot in town but he's not paying: "But if you run short of money, I'll run short of time." He's so special that the lucky ladies have to pay to play with him.

—"For the Love of Money," written by Kenneth Gamble, Leon Huff, and Anthony Jackson, performed by the O'Jays (1973). This song, which helped define Philadelphia Soul, grabs you with its propulsive bass guitar intro accompanied by the repeated (six times), chilling refrain, "Money money money money... money," that weaves its way throughout the song. Engineer Joe Tasia ran Jackson's bass through an Eventide phaser, creating a sound so distinctive that you can recognize the song by its first note.

Some—perhaps those who don't know what "the almighty dollar" refers to—misinterpreted the tune as a celebration of greed. Maybe they missed this part: "For the love of money/People will steal from their mother." Songwriters Gamble and Huff were raking in cash and struggling to reconcile their success with their spiritual beliefs.

—"If We Make It Through December," written by Merle Haggard, performed by Merle Haggard and the Stranglers (1973). This song, a holiday heartbreaker, never mentions the word "money," but it's about the lack of it: "Don't mean to hate December/It's meant to be the happy time of year/And my little girl don't understand/Why daddy can't afford no Christmas here." It's a sad anthem for the working man down on his luck at the wrong time of the year. Unemployment and inflation were rampant in 1973. The economy was shot and the narrator's unemployed, but what raises this song above a one-note lament is its persistent optimism about this just being a temporary setback. "If we make it through December, we'll be fine."

—"She Works Hard for the Money,” written by Donna Summer and Michael Omartian, performed by Donna Summer (1983). Disco Queen Summer was at a Hollywood hotspot when she went to the bathroom and saw the attendant napping in front of a TV. The woman told the singer she worked two jobs and was exhausted, and a song title was born—scribbled on some toilet paper, as the story goes. It became the disco tribute to working class women: "She works hard for the money/so hard for it honey/so you better treat her right." In a genre associated with shallowness, this song stood out for its positive social message. Having it sung by the most soulful disco singer of them all didn't hurt either.

—"Free Money," written by Patti Smith and Lenny Kaye, performed by Patti Smith (1975). Who can't relate to a song about someone in a manic state, delirious about a wonderful life where money's no longer an issue? It could, at first glance, appear to be a simple fantasy about a life of ease after hitting the lottery—"Oh, baby, it would mean so much to me/Baby, I know our troubles will be gone"—but it's not what the songwriter believes. Smith tips her hand that something's amiss with the fever dream with this: "I know they're stolen, but I don't feel bad/I take that money, buy you things you never had."

"Free Money" begins with some gentle, melodic piano chords. Smith's singing dreamily, as if in a euphoric haze: "Scoop the pearls up from the sea/Cash them in and buy you all the things you need." The power in the song is the slow build to the final crescendo. The tempo picks up as Smith sings louder. Finally, she concludes with a furious vocal attack, belting out "free money" until she's exhausted.

—"Blue Money," written and performed by Van Morrison (1970). This song by the Irish blue-eyed soul singer is thematically similar to Lefty Frizzell's "If You've Got The Money I've Got The Time," though it has a less coherent narrative. The narrator's musing about painting the town red, but she's paying: "Said when this is all over/You'll be in clover/We'll go out and spend all of your blue money." The lyrics don't add up to much, but Morrison's in fine vocal form, singing them in a loose, jaunty way that gives the song its punch.

—"Opportunities (Let’s Make Lots Of Money)," written and performed by Pet Shop Boys (1986). "I've got the brains you've got the looks/Let's make lots of money." It's a facetious story of grandiosity in which two losers are destined to fail. Neil Tennant said he wrote the words in about 15 minutes, which is something I've heard about plenty of good songs. A synth duo singing a song with this title may set off obnoxiousness alarms, but it's satirical so they pull it off. Like "For The Love Of Money," this one's been misinterpreted as a ode to avarice, but then there's this lyric: "You can tell I'm educated/I studied at the Sorbonne/Doctored in mathematics/I could have been a don/I can programme a computer." This is an anti-greed song.

—Funky Dollar Bill, written by George Clinton, Edward Hazel, and Raymond Davis, performed by Funkadelic (1970). "It'll buy you life but not true life." Eddie Hazel's fuzzy, menacing blues guitar intro announces the tone, and then the band moves into freaky psychedelia. This one's in the same vein as "For The Love Of Money"—as in "we're all slaves to the almighty, destructive dollar." Bernie Sanders would dig this: "It'll buy a war/It will save a land/It pollutes this air in the name of wealth." Not exactly poetic, but you get the picture. Bernie Worrell's trippy piano playing strikes just the right discordant note for this rocking cautionary tale.