The Complete De Wolfe Recordings collects long out of print albums by The Electric Banana, an extraordinary 1960s curio. 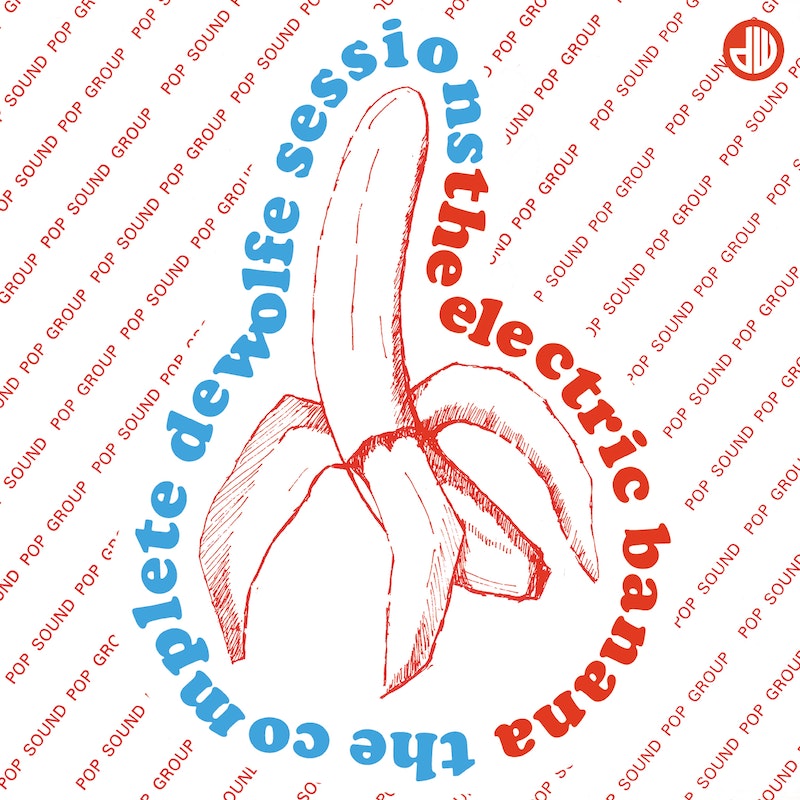 Before electronic keyboards came equipped with generic “demo” music, before GarageBand and other computer programs could virtually clone an entire orchestra, music libraries were the one-stop shops for anyone who needed music fast. These corporate entities mass-produced music that was licensed mainly by television networks, advertising companies, and film studios. In exchange for a steady paycheck library music artists relinquished any claims of copyright that could be attached to their work. Their tracks were then owned by the library that used them for a variety of commercial purposes, including the release of music on limited edition albums custom-made for potential clients.

Unlike many of their contemporaries, the library music group The Electric Banana was not comprised of unknown session players or a staff producer’s invention. Their story begins in Kent, UK circa the early-1960s with pioneering British r&b act The Pretty Things. Throughout Europe, Australia, New Zealand, and their homeland this band headlined concerts and drew massive crowds comparable to those of fellow blues cultists The Rolling Stones, the Yardbirds, and Kinks. For their third album Emotions they worked with studio veteran Reg Tisley, who was a producer for the Music De Wolfe library. By then The Pretty Things were low on hits and had become disillusioned by the hippie scene that gave little support to their own rough r&b-fueled psychedelia.

Around 1967 Tisley convinced The Pretty Things to trade their waning pop career for De Wolfe’s financial stability. The company’s hands-off attitude was a big motivator—other than the sporadic additions of Tisley orchestral arrangements and a few song contributions from De Wolfe employee Pete Reno, the library gave the group total creative freedom. Contractual obligations to other record companies caused The Pretty Things to make their library records under the alias Electric Banana, a reference to Donovan’s ’67 hit “Mellow Yellow.”

Grapefruit Records’ triple-CD The Complete De Wolfe Recordings is extraordinary for being the first release to round up all of the rare LPs that The Pretty Things created under the E.B. alter ego. Like many other Grapefruit records, this set boasts all the best in archival amenities (detailed liner notes, insight from original band members Dick Taylor and Phil May, a rundown of TV and film productions that used The Electric Banana’s work, reproductions of period ephemera and photos, etc.). Though most of the songs feature vocals, instrumental versions of each tune are interspersed with the vocal takes. The vocal tracks never eclipse the impact of their instrumental counterparts and vice versa.

The high points come on disc two which features E.B.’s roaring acid rock sound on the songs “Alexander” and “Eagle’s Son.” Scalding guitar flash, droning organ, a loose and loud rhythm section, and lyrics inspired by mythology and anti-war sentiments turn these cuts into anthems of hallucinogenic catharsis. Sans the trippy vocal weirdness they become the perfect soundtracks for a death-defying chase scene or a chilling nightmare. This is music that overloads the imagination whether or not you pay close attention to it.

The Electric Banana albums served up crazed renditions of whatever a swingin’ 1960s video/film production needed for incidental music. There are other psychedelic moments too, but the great strength of these records is their absurd lack of thematic focus: improvised jams, tightly-structured music, jokey and deadly serious lyrics, tunes that fit neatly into pop genres sharing space with others that are aggressively experimental, and the band’s action-packed delivery is the only thing uniting it. Call these subversive exercises in cinematic randomness or schizoid concept albums. The Electric Banana’s recordings are some of the most imaginative remnants of Aquarian cash-in culture.