On one of rock music's most tragically overlooked groups, victims of an impatient record label. 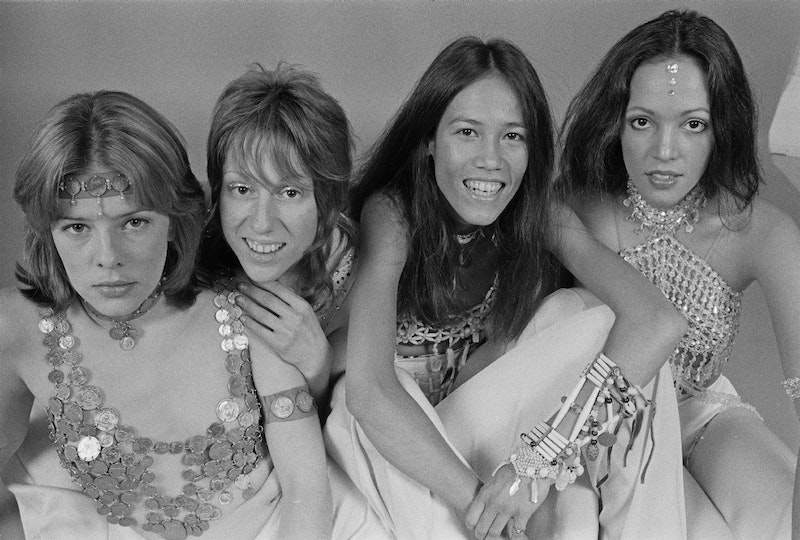 The history of rock ‘n’ roll is full of artists that never got the recognition they deserve. One such band is Fanny, the first all-female rock band to release an album on a major label. Led by Filipina-American sisters June and Jean Millington, the band proved that rock wasn’t just for white boys. Despite respect from big names like David Bowie and paving the way for bands like the Runaways, Fanny recorded just four albums together and had a minor hit single with “Charity Ball” before they broke up in 1975 and faded into obscurity.

The Millington sisters were born in the Philippines in the late-1940s and moved to California in 1961. They had trouble fitting in as biracial kids but gained acceptance from their peers when they started writing their own music. After high school, the sisters started a number of different bands, but didn’t have any success fitting into the male-dominated world of rock until 1969 when, with the band Wild Honey, they caught the attention of  record producer Richard Perry’s secretary the night before the band was going to break up. The band—June on guitar, Jean on bass, and Alice de Buhr on drums—signed to Reprise Records, changed their name to Fanny, and added Nickey Barclay on keyboard before recording their first album.

June told Loudersound.com in 2015 that fellow guitarists Lowell George and Jeff “Skunk” Baxter considered her an equal. Between June’s killer guitar licks, Jean and de Buhr’s tight rhythm section, Barclay’s bluesy piano, and all four women’s blended vocals, Fanny rocked just as hard as any other band. Their first two albums—their 1970 self-titled debut and 1971’s Charity Ball—are their best; the former includes a cover of Cream’s “Badge” while the latter’s title track was their only Top 40 hit. 1972’s Fanny Hill was recorded in Abbey Road studios with engineer Geoff Emerick, and has a Beatles feel to it (the album includes a cover of “Hey Bulldog”). Their fourth album Mother’s Pride—produced by Todd Rundgren—is a bit messy: de Buhr was drunk while singing lead on “Solid Gold,” and the opening track “Last Night I Had a Dream” sounds like a bad acid trip. It’s obvious that Fanny was getting tired at this point. In fact, June left the band shortly after Mother’s Pride was released.

“We realized we weren’t getting a hit and we were so tired,” June told She Shreds magazine last year. Despite breaking into the Top 40, “Charity Ball” only reached #40, and their album Fanny Hill, which came in at #135, was their highest charting album. Besides a lack of commercial success, June broke up with her girlfriend at the time (Jean was the only straight member of the band; both June and de Buhr are gay, and Barclay is bisexual), so it was all too much for her. “And you’ve got to remember, we were in our early twenties,” June said. “We were babies. So handling that and all of the pressure when we were so tired was, for me, too much.”

Patti Quatro—sister of Suzi Quatro of “Can the Can” fame—took over on guitar while June sought spiritual fulfillment through Buddhism. The rest of Fanny broke up in 1975. Since then, the Millington sisters have recorded a few albums together, including one as Fanny Walked the Earth in 2018 with Brie Howard-Darling, who played with the sisters in a pre-Fanny band called the Svelts. Jean had a stroke in 2018, but is recovering and has the financial support of fans thanks to GoFundMe. June and her longtime partner Ann F. Hackler also started the Institute for the Musical Arts (IMA) in 1986 to empower girls in music, and every year they throw a Rock 'n’ Roll Girls Camp. Meanwhile, all memories of Fanny faded from the public’s consciousness, with not even a single mention on one of VH1’s countless nostalgia trip shows.

A year ago, a clip of Fanny performing Marvin Gaye’s “Ain't That Peculiar” on the Beat Club went up on YouTube and gained over a million views. Viewers both young and old commented that it was the first time they’d heard of the band. The buzz around the video caught the Millington sisters’ attention, and June left a comment thanking everyone for their love. “We’ve been talking about your discovery (in some cases, re-discovery) of Fanny,” she wrote, “and Jean is wide-eyed in surprise and kind of a bemusement. ‘You mean, we might still become famous??’ she says. I’m like, ‘Jean, I think we ARE famous!’” After years of struggling to make it big, maybe they’re finally getting the recognition they deserve.