Kelela and Girlyboi show that R&B has always been everything. 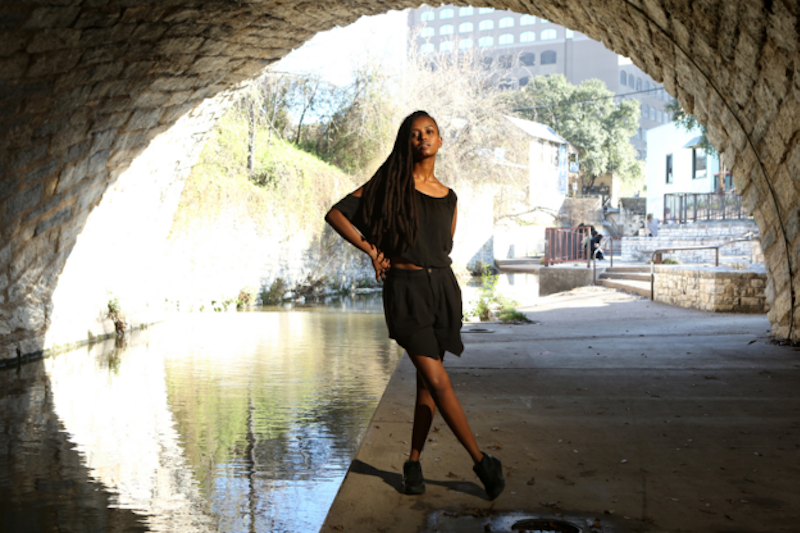 Kelela's new EP Hallucinogen is all slow tempos, dreamy synth washes, robotic choruses and blank space. "I won't shed a tear, cause waterworks are easy," she sings on "A Message," and then the music cuts out for one beat, two, three—and picks up again, "There's some thing behind. Don't need your help." The urgency and sexual drive of R&B has been replaced with the insular, inward-turning contemplation of indie rock. By picking up unexpected influences, Kelela turns the bland default of mainstream radio into something adventurous and new.

Girlyboi's new single "Actual Woman" is all slow tempos, dreamy synth washes, lazy harmonies, and blank space. "You make me feel like an actual woman," Carly Russ sings, a ghostly echo of Carole King via Aretha. The urgency and sexual drive of rock has been replaced with the insular, inward-turning contemplation of R&B. By picking up unexpected influences, Girlyboi turns the bland default of alternative hipster pop into something adventurous and new.

Do those blurbs sound a little overheated? Sure. Kelela and Girlyboi are both great, but neither is groundbreaking—and you can see that by listening to them in tandem. Both draw influences from indie pop, contemporary radio (check out Girlyboi's interpolated rapped bridge), and R&B.

In other words, they're mixing together a variation on the same elements that have been at the bedrock of popular music, in one way or another, for some decades. Aretha Franklin's version of "(You Make Me Feel Like) a Natural Woman" put together singer-songwriter pop with gospel and R&B to create a languid, sexy, orchestrated hybrid—a black woman arranging a song by a white woman powerfully influenced by black music.

In a recent New Yorker podcast, Carrie Battan and Kelefa Sanneh argue that performers like The Weeknd, Frank Ocean, and (though they don't mention her specifically) Kelela are changing R&B by making it more eclectic and less rigid. PBR&B, or hipster R&B, the podcast argues, has the capacity to cross over. "R&B was untouched by the forces of hipster cool up until a very recent point," Battan declares. Prince, in this universe, never listened to the Beatles; Sly Stone didn't love Bob Dylan. Destiny's Child, Prince, Michael Jackson, Al Green, Marvin Gaye, and Aretha didn't have a white audience. The Beatles didn't listen to Ray Charles, the Velvet Underground didn't listen to Booker T. and the MGs, and the Weeknd is the first black performer ever discovered by white people. In 2015, Battan is the Christopher Columbus of R&B.

Obviously, this is silliness. Black and white musicians in America have borrowed from each other forever, and those borrowings have often found audiences, regardless of the skin color of the performer. The New Yorker wants the Weeknd to be new and exciting because it's the job of the media to declare something—anything—new and exciting. But really he's just following the same formula of R&B artists from Sam Cooke to Kanye—that formula being, "Don't let them pigeonhole you."

It's common to think of white rock and indie performers as idiosyncratic geniuses. Girlyboi joins an almost infinite line of white people, from Elvis forward, who get to be eclectic and sophisticated because they incorporate black influences. Black artists, in contrast, tend to be seen as authentic originators—with the occasional outlier, like Kelela or the Weeknd, whose worthy incorporation of white influences set them apart from the bulk of boring R&B.

When you listen to Girlyboi and Kelela together, though, it makes the whole idea of crossing over, and/or picking up somebody else's influences, seem frivolous. What's the difference between R&B influenced by indie pop and indie pop influenced by R&B, anyway? Kelela and Girlyboi sound similar—a realm where R&B and rock and pop were just different names for the same, eclectic song.