No Act Is More Or Less Important Than The Other 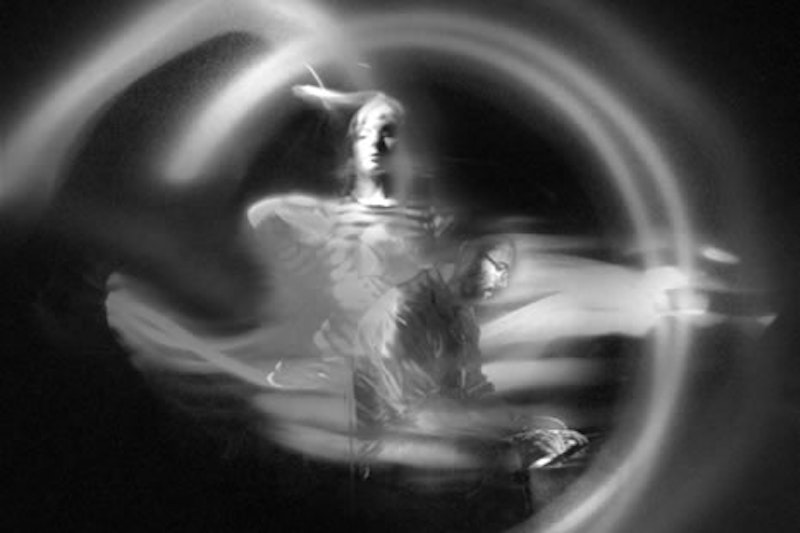 SPLICE TODAY: Who were some of your earliest musical heroes? Who did you want to be when you grew up?

SANDRA SELIG: I listened to almost everything when I was a kid, but when my older brother got a car, we used to drive around, or just sit in the car with some friends and listen to bands like New Order, Violent Femmes, The Stranglers, early Devo, and Talking Heads up nice and loud. Kraftwerk would have to have been one of my favourites.

LEIGHTON CRAIG: I wanted to be the Six Million Dollar Man when I grew up. It didn't happen. I heard a lot of popular stuff when I was a youngster courtesy of the radio and my best friend's sisters being enamoured by New Romantic groups and the video clip phenomenon. Lots of Duran Duran, but they also liked Bowie, who I thought was very cool.

I discovered the rich vein of New Zealand bands on Flying Nun and became totally obsessed: perfect music for a dislocated teenager. I began mail-ordering from Xpressway Records when I was about 19, and discovered Alastair Galbraith and The Dead C. The integrity of their approach to recording and releasing music was totally inspiring. The other big ground shifter for me back then was buying Sonic Youth’s Daydream Nation.

ST: What do the two of you do for day jobs?

LC: I work in the public service and Sandra is an artist.

ST: That's one thread that really ties underground music fans and artists together, I find: mail order. We all pored over paper catalogs and took chances sending away for cassettes and waited ages for paradigm-shifting stuff to arrive. Do you think that still holds true now? Does Kindling Records sell a lot of releases via mail order?

LC: Mail order was a sweet mystery. There was nothing quite like the excitement of getting a package of records and tapes in the post. Of course, first you'd have to read a ‘zine to know what to buy. I remember the first copy of Forced Exposure I got was like a gateway to a parallel universe! And then the long wait for stuff to arrive. I found a box under the house recently with lots of lovely paper catalogs—stuff like Ajax. I guess that has gone to some extent with downloading and instant access. But I know there's a new generation mail-ordering cassettes and records, so that's reassuring. We had Zully Adler in town recently, who runs Goaty Tapes; there's an example of a label obsessing over the object and keeping the mail-order spirit alive. Negative Guest List in Brisbane is publishing a zine every month and releasing vinyl like their lives depend on it. So the flame is still lit.

As for Kindling, well, it sells very little really, mostly just small CDr editions. It's as much an archive as a label. I'd need to put more time into it to sell more, and that would take the joy away.

ST: Is it weird to think about the fact that right now there's probably a disaffected teenager sulking in a darkened bedroom somewhere in Perth, adrift in "I Am Elemental"?

SS: That's a good song to be adrift in as it doesn't drag you down, you just ride the gently-rocking waves like a seed pod travelling to a new destination.

LC: I spent many hours in my room listening to records in my teens. So that is a great thought, although I find it highly unlikely. (I think I personally know everyone who owns a copy of By Arc or Chord.) Who knows; live in hope.

Primitive Motion - Looking Into Your Eyes by Kindlingrecords

ST: Tell me a little about the cover art for the By Arc and Chord. After hearing the record, somehow I can't imagine any other image its place; it suits impeccably.

SS: Actually there are two different cover artworks for By Arc or Chord, one for the cassette and another for the CDR version. The cassette cover is a black and white image showing the way light can travel through a material. We liked the connection between this image and the one on the cover of our first release, Certain Materials as they both look like they are demonstrating an immaterial phenomena like light, but someone is using their “bare hands” to do so. The front and back images of the CDR artwork are part of an astronomical observatory, built in 16th Century India. I added color to the black and white original. In this image; with our CDR beneath it, two semi-circles join and rotate in rhythms of charged emptiness transforming light and space into music.

ST: Are you fans of visual art generally?

SS: I've been exhibiting my own artwork since about 1999. At the moment I'm lucky enough to be working full time as an artist both in visual and musical arts. I never have separated the two areas, and consider them to be quite interwoven and interchangeable modes of making.

LC: I agree with what Sandra says. If I make music, I tend think about making an accompanying image. It's not really possible for me to separate the two and not always clear which comes first. And yes, I draw much inspiration from certain visual artists.

ST: Your band/label blog is almost like a gallery, in a way. There's a certain sedative ambiance about it, something Zen—and it's not just the color scheme.

LC: I've only started blogging recently, but I'm really enjoying the possibilities it has opened—and it really is a personal gallery. I like the diarist nature of the blog and have always been attracted to that notion of marking your place in the world that day. And of course, no act is more or less important than the other: drawing a picture, reading a book, cooking a meal, recording music, walking the dog. We are a sum of all the parts. So I like the thought that this blog can have photos from an afternoon at the beach or the recordings we made last week. That said, the Kindling blog is pretty music-heavy at this point. I've yet to post a recipe, but it'll happen.

ST: One of the appealing aspects of your sound is that there's a lot of space in it; you don't bury the listener in swaths, but have the confidence to combine a handful of elements in mesmerizing ways.

SS: Maybe because we rarely overdub and there are only two of us playing, our sound retains a kind of “space between two people” feel. Sometimes the spaciousness of the sound can also depend on where we record, as the original space of the session is present in the recording. For example, By Arc or Chord was recorded in Milani Gallery, where the sound bounces around in a big open space. More recently we have recorded in smaller rooms like under Leighton’s house, where the songs feel closer to the microphone.

ST: Onstage, what is the Primitive Motion division of labor? Who plays what?

LC: It's probably a bit more stripped back, partly because it's hard to carry all the instruments to shows. I play keyboards and use a looping pedal for some bass and rhythm parts; Sandra has played sax, flute and melodica live. We both sing and twirl the knobs on delay pedals.

ST: You mentioned having three or four as-yet-unreleased albums recorded. What are they like, are they titled, and how do they differ from what you've already issued? Of the unreleased tracks posted recently on your blog, "Colours" is easily the most evocative and bottomless; it's like the Primitive Motion version of My Bloody Valentine or something.

SS: So far, it seems that when a session has really worked as a whole that can become an album. Often we don't know this until we hear the recording back. There is a different mood and room/amp sound every time we play, so sometimes it doesn't work to combine tracks from different sessions, but it can work for example in a single where it could be nice to have a different sound on each side. We are thinking of doing this with “Colours.” But even though each session has a different sound, there is an energy that is particular to us that stays constant and if that energy is there then the album is easily put together.

LC: I can see the MBV reference in "Colours.” It's perhaps more saturated in sound than most of our recordings. That particular session had a slightly more blissed out vibe, which concluded with a lovely slab of sax/keyboard noise: real overtone/volume max out.  At the other end of the spectrum, we are on the cusp of releasing Home of the Future, which was one of two sessions recorded in a room under my house.

SS: The two sessions that we have had at Leighton's house have been very different. Home of the Future is very melodic and lyrical. It is mostly really pure, short songs with very little use of distortion or the delay pedal warpiness, although there is still plenty of reverb. We sat in comfy lounge chairs really close to the amps in a heavily furnished space partly open to the garage.

The second session we did there was in the same space, but straight after it had been renovated into a self-contained room with a door, emptied of furniture. This session, in comparison to the first, has long, ambient and expansive songs that seem to self-perpetuate and circle the room much more. It's like the changed space combined with our dual moods, generated a kind of aural whirlpool. We’re really looking forward to releasing these sessions very soon.

LC: "Home of the Future" will most likely be a very ltd edn 3'cdr on Kindling with lots of special artwork. If anyone wants to order a copy they can write to me (kindlingrecords@yahoo.com.au) and go on our mailing list—it will be out before the year's end.

We are also doing some final edits/mastering on the next full-length effort called New Time! We hope to have that out next year. Hopefully there will be a vinyl release next year with Brisbane label Bedroom Suck, who has been releasing great music recently with bands like Per Purpose, Kitchens Floor and Scraps. We really have so much material recorded. Finding the time to release it all is the challenge. But I guess that's secondary—it's all about making music. The “conversation.” The rest is just garnishing.