A 1970s Korean Rock Classic Sounds Nothing Like You'd Expect

It's not derivative, but it's definitely familiar. 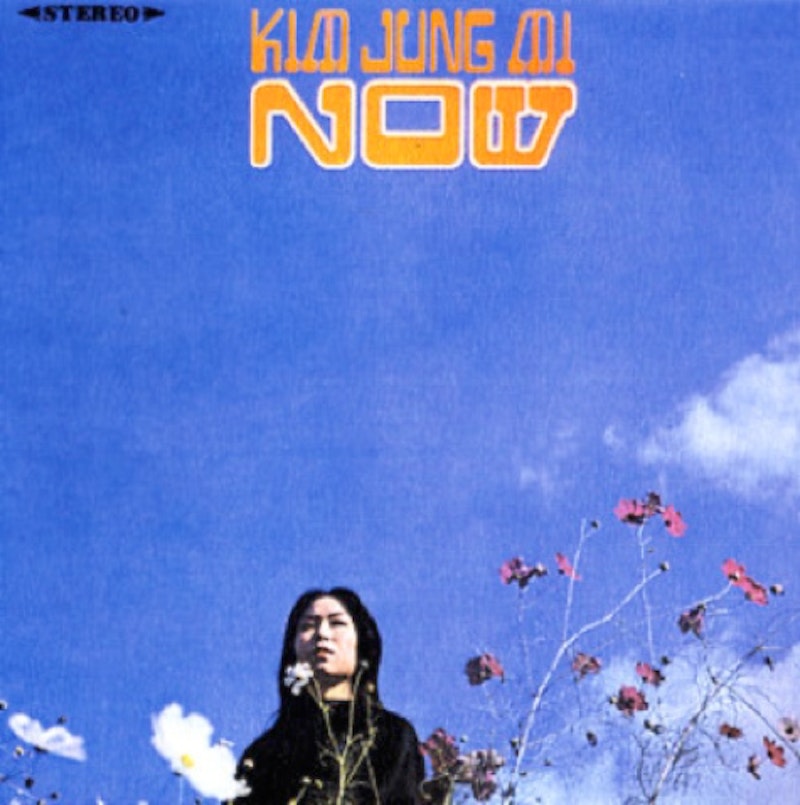 Kim Jung Mi's Now is probably one of the oddest albums I've ever heard. That's not because Now sounds especially exotic, though. On the contrary, it's because it doesn't.

Now was released in South Korea in 1973. It's a project of Shin Joong Hyun, one of the giants of Korean folk. No doubt some of you are reading "Korean folk" and thinking that we're talking about some sort of traditional Korean ceremonial world music exoticism. But nope. In this case, "Korean folk" means Western style psych-folk that happens to be created by Koreans.

In fact, if there's any specifically Korean influence in this other than the language in which it's sung, I'm damned if I can hear it. Maybe it's buried by the fact that psych always had world music influences to begin with. Is Shin channeling the Beatles channeling Eastern influences, or is he channeling the Beatles through his own Eastern background? How could you tell anyway? And why bother? For all intents and purposes, the ambiguously classical, ambiguously Oriental acoustic descending intro on "Spring" might as well have come off a Love album. The dragging , trippy torch song of "Your Dream" could be Procol Harum if they forgot their organ for a gig. The cheerful Vegas-meets-garage sway and background "ooos" of "Blow Spring Breeze" could be some forgotten genius girl group producer imitating the Shangri-Las imitating Phil Spector.

The point isn't that the album is derivative. It's that it's familiar. Kim and Shin have listened to all those things that you'd listen to if you were a popular musician in the late 1960s and early 70s. When I listen to "Lonely Heart," for example, I feel like I'm hearing something for the thousandth time, even though I can't exactly put my finger on where. It's too psych for Sandy Denny, not bluesy enough to be Janis Joplin, not smoky enough for the pop cabaret of Julie London, not over-carbonated enough to be Serge Gainsbourg—but it's somewhere in a world where all those things are on the jukebox.

No doubt there were in fact jukeboxes with a lot of American tunes in South Korea back in the 60s and 70s. American influence is everywhere, not least in the places where we have a permanent troop presence. But it's still disorienting to look out across thousands of miles of ocean and see your own face staring back.

Is it your own face though? "My greatest motivation was to communicate with all the world the specific character of Korean music in the common language of rock music," Shin declared in an interview. Obviously, for him, rock isn't Western; it's his music. And if suffering gives you rights, he certainly has as good a claim to the genre as anyone.  Most of the tracks on Now were banned by the South Korean government; Shin was harassed, busted for pot possession in 1975, tortured, and sent to a mental institution for years. Listening to the music, it's hard to figure out why pop songs celebrating nature and lonely hearts should be seen as much of a threat by anyone—which is a reminder, maybe that the music wasn't originally intended for listening now and here.

My favorite song on the album is the first one. "Haenim" has a repetitive, lyrical guitar figure and vocal line—not unlike a less morose, more expansive Nick Drake. It ends with a multi-tracked chorus of la-la-las with one of those unavoidable Abba-like hooks that you end up imagining running through your head for weeks before the song even stops. Finally, there's the ending crescendo… and then it picks up again, for a few quiet, repetitious last bars. The song turns into a  kind of echo of itself, as if its own voice came, briefly, from someone else's mouth.