When Music Was Real 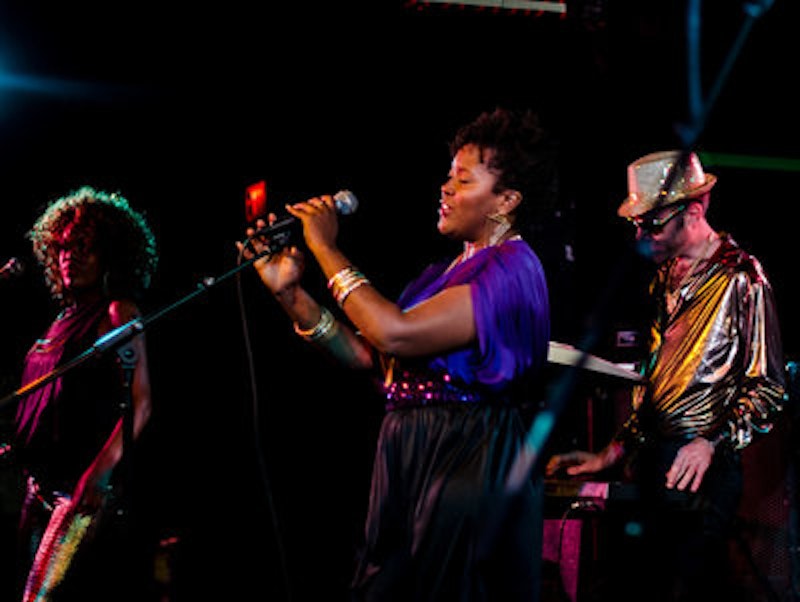 It's hard to separate music from nostalgia, or nostalgia from music. The most loved songs are ones associated with a particular time period, and pop songs are often explicitly designed to become part of memories of youth, love, and broken hearts. From "I Will Always Love You" to Adele's "Hello," the mega-schmaltz hits capture nostalgia for nostalgia; you're supposed to remember yourself remembering them. Schmaltz isn't the only way for music to bundle up nostalgia, though. Here are some recent releases that moon after the past in different ways.

If there's any genre that pines for times gone by, it's country music. Country radio flirts with hip-hop and autotune these days, but Texas performer Jason Eady is having none of it. His gentle, easy rolling hooks and voice recall 1970s artists like Willie Nelson and Don Williams—people who were cutting edge and pop friendly in their day, but are now touchstones for an earlier, more authentic time. "Why I Left Atlanta," a rambling song, is a metaphor for the album's lingering look at the past, but the real standout track is "Where I've Been." Written by Eady's wife Courtney Patton (who sings back-up vocals), the song is a bruising no-break-up-break-up song, about a woman begging her husband to give her a reason to stop cheating. "If you ever decide you ever want to try again/well I'll be here in the morning/just don't ask me where I've been." The present is a dull, arid land. You look back because you can't quite bear to look forward.

Four Standards is just what it says; Montreal residents Talia and Josh Boguski's versions of four jazz-tinged chestnuts, performed via dream-pop electronica reconstruction. Talia's vocals slide with ethereal wispiness over the familiar lyrics of "Bye Bye Blues" as the music shifts from punk garage chug to slowed-down drag with distorted mechanized vocals. The Duke Ellington tune "Solitude" shifts out of key, like it's sung by some poltergeist speaking from the television. "In my solitude you caught me with memories that never die," Talia declares as a lone horn honks and is cut off and the piano clunks and dissolves into static. The song is about losing one's love and descending into despair; Family Band's fragmented take is an effort to be truer to the nostalgic spirit of the original than the original itself. You could say the same of the Antonio Carolo Jobim cover, "Once I Loved," with the cheesy tortured keyboard punctuating the declarations of eternal, desperate commitment. "I will hold you close/make you stay/because love is the saddest thing when it goes away." It's a goofy take on the song, but, again, the song is goofy in itself. Nostalgia is constant, even if these days it’s sad robots that are doing all the longing.

Heirs to Nothing—Coup Sauvage & the Snips

Heirs to Nothing is a title that seems to reject any debt to the past. That's deceiving though; the title track ("Heir to Nothing") isn't about having no roots. It's about having no money. The seven-minute parody gospel number laments gentrification. "Whenever we walk up and down the streets of DC we barely recognize things anymore./Everywhere we go it's food truck after food truck/yoga studio after yoga studio." The singer goes on to assure you that she has nothing against yoga studios per se; it isn't progress that gets her, but progress that ignores the people who were there all along. Nostalgia for Coup Sauvage isn't just an aesthetic, but a political platform, and the album is a smorgasbord of styles: Eurodisco, New Wave and early rap. These references are so much a part of contemporary pop, and are performed with such joyful insouciance; it feels less like a look backwards than like a defiant declaration that the past is still living. "You look good/but I look better," from "Cute 2 Shoot" is a dance floor manifesto that makes as much sense today as it would’ve in the 1980s.