New My Bloody Valentine Can't Live Up To Past Greatness 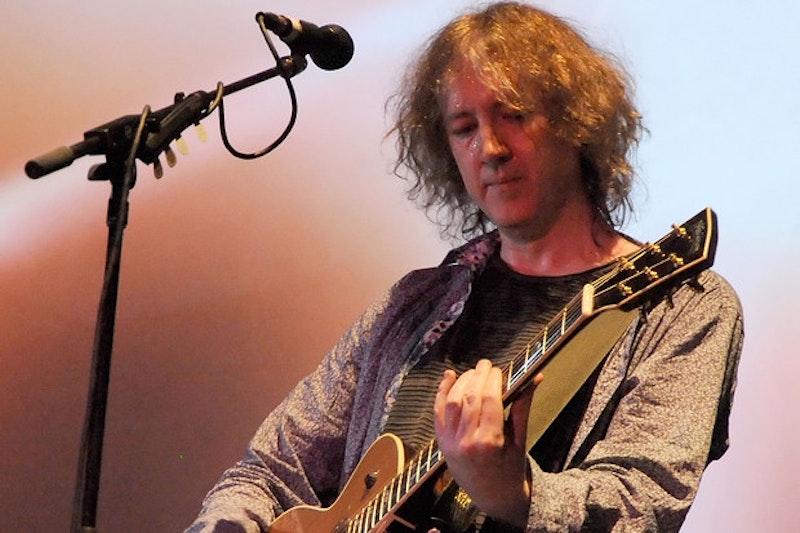 I never understood the fanaticism surrounding My Bloody Valentine until I listened to Loveless on vinyl. I've never owned a record player, so I didn't expect much of a difference from what I'd heard on CD. Boy, was I wrong! Loveless was made for vinyl. Even minute details, such as the panning of tertiary guitar tracks, somehow sounds more alive. That Loveless was critically knocked upon its release in 1991 for having taken too long (two years) to produce comes across as a bit shallow now. The majority of bands circa 2012 are considered prolific if they release an album of marginal tunes every three to four years. Loveless is hailed as a classic now, the ultimate lesson in how to make guitar distortion sound cool. So I can understand why My Bloody Valentine spontaneously deciding to release their new album, MBV, last week would justify the website-crashing fanfare that ensued.

Though MBV sounds like the logical continuation of Loveless, it isn't as inspiring. It never could be. It's like claiming that fans would have adored U2 even more had they decided to release Joshua Tree, Part 2. Band lynchpin and second vocalist Kevin Shields must have been acutely aware of this when it was decided it was better to disband than release an identical followup. The sonic territory on MBV isn't nearly as expansive as its predecessor. The guitars sound far more transparent than distorted. “Only Tomorrow” crackles along on a repetitive riff with a jaunty lead thrown on top. Bilinda Butcher's indecipherable vocals add texture to the brief choruses. Succeeding track “Who Sees You” gives you absolutely the same sonic setup.

Listening to MBV, I began to wonder if Kevin Shields had spent the past twenty years meditating on how to make his guitar tone different—like the way audiophiles will try to convince that gold wiring in your speakers sounds better. Its a bit of a cruel assessment but not totally unjustified. After all, “Is This and Yes” doesn't feature any guitar work. Its sparse organ and vocals is a nice break in an album rife with the expected amount of guitar riffing and inscrutable chord changes. Unfortunately, MBV neglects a key element that made Loveless so effective, its use of synthesized and re-sampled guitar sounds. Shields labored over the creation of those sounds for years, yet on the new material he seems unwilling to employ what worked so well in the past. It is a bit frustrating that “If I Am” is the closest the band comes to conjuring the pitch-sweeping psychedelia of their classic “To Here Knows When.” If “New You” sounds even tamer by comparison—the guitars abandon their distortion units for a shimmering tremolo—“In Another Way” vindicates the album. Its got all the classic MBV elements: a transparent synth line, hypnotic drums, a rhythm guitar that's predominantly feedback. It all comes a little too late though. The songs simply aren't comprised of the same melodic substance and solid chord structures that made rockers like Billy Corgan take notice. Compare MBV's “Sometimes” to the Pumpkins' “Tonight, Tonight” side by side. MBV feels eerily like listening to a record of Loveless b-sides. The reality, however, is that after twenty years hard core fans will probably be happy enough having a new My Bloody Valentine release to add to their iTunes playlist.