New James Blake Single Will Give You An Orgasm

He wants to take you higher. 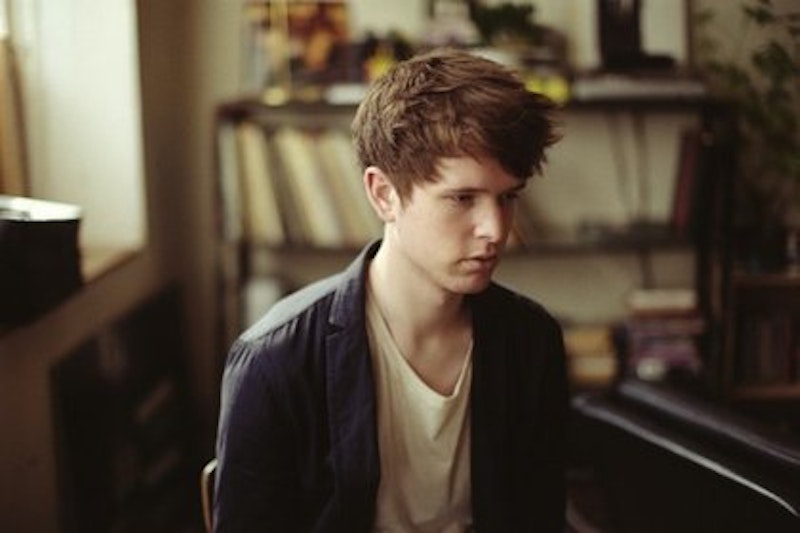 I’ve always been a huge fan of electronic music—dance music, indie dance music and the like. But I hate when I go out dancing and the DJ plays the same song over and over again. What a boner kill, you guys. You’ve been to those kinds of big box clubs before where the whole night is just “boom-chicka-boom-chicka-boom-chicka-boom” with zero variation. Unfortunately that’s pretty much every big gay club in the marketplace. It’s like one of my friends always says: “Electronic music all just sounds the same to me.” But that’s not true! Real electronic music artists know how to take those sounds and create something new and interesting.

James Blake is one of the most exciting electronic music artists performing right now. The British performer’s self-titled debut and a run of festival appearances immediately launched him into a genre of his own. Blake has an easy, beautiful voice and certainly knows his way around a keyboard. But where he really succeeds is in the way he slams both of those musical elements against some of the most beautiful, innovative beats you’ll ever hear, and “beautiful” is not a word a lot of people use to describe electronic beats. To be fair, Blake isn’t the one making music this way: Toro Y Moi and How to Dress Well are just two other acts with male singers backed by electronic beats, and they’re both really good at it. But Blake inhabits his own musical force field.

Blake unveiled “Retrograde,” on Feb. 7, the first proper single from his highly anticipated sophomore album Overgrown due out on April 8, the same month he’s due for two weekends of performances at Coachella. My best friend sent me a link to the song as soon as it dropped because for her birthday I surprised her with a couple of James Blake tickets at Terminal 5 in New York this May. I’ve been listening to it at a high volume non-stop.

Don’t take this the wrong way, sensitive people, but FUCK! is the only way I can accurately describe the experience of listening to it. “Retrograde” starts off low with an almost classical, piano-like vocal run. The beat comes in and supports Blake’s dreamy vocals. And if you’re wondering where else the song can possibly go, about halfway in you’re smashed with fuzzy, wobbling synths and the whole song overflows with even more emotion. This is the part where you’re supposed to orgasm, so just be ready for that. The song is so powerful that when it’s over, everything else in the real world seems boring and uninteresting.

There’s nothing better about spring than warmer weather and new music. No one knows what’s in store for Blake’s April release, a month that marks the beginning of the summer festival circuit, a month that’s also full of other hot new album releases from the Yeah Yeah Yeahs and The Knife, among others. But if “Retrograde” is any indication, Overgrown is easily going to be one of the best records of 2013.