On Legowelt's The Paranormal Soul. 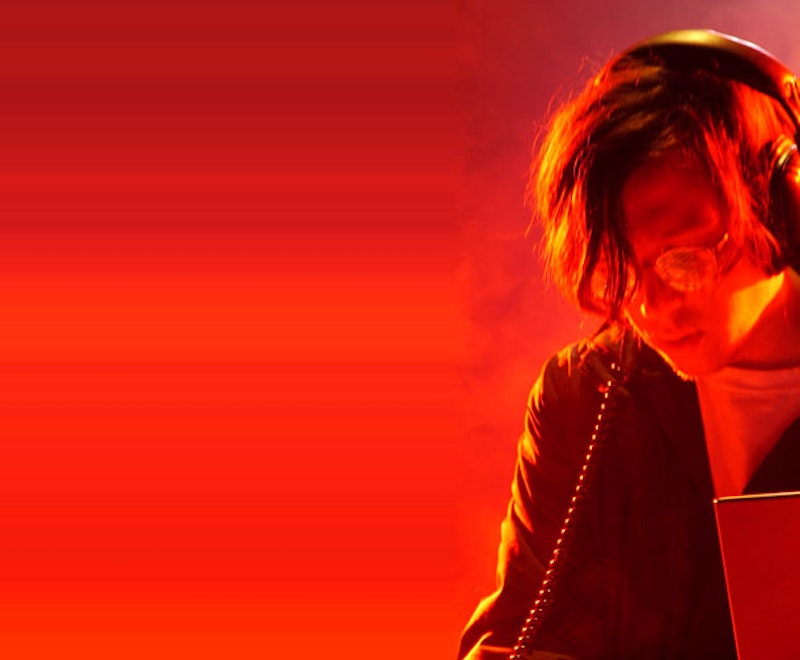 Dutch house producer Danny Wolfers, aka Legowelt, is best known for his 2002 hit “Disco Rout.” Not one for instant gratification, Wolfers has worked under at least twenty additional aliases. The last Legowelt release, 2011's The TEAC Life, was nearly two hours long. His followup, The Paranormal Soul, is drastically shorter.

Great Legowelt tracks come off as seemingly happy accidents. There's a bit of a slippery slope when working with predominantly analog synthesizers and drum machines, as Legowelt chooses to do. As a result, some of his tracks on Paranormal feel a bit phoned in. There's nothing patently wrong with “Rave Till Dawn," yet there's something slightly off about the way the main keyboard falls within the mix. By comparison, the preceding track, “Elements of Houz Music,” glides along so effortlessly that you find yourself asking why someone else hadn't already come up with it. Its bass line has been repeated countless times before  yet there's something uniquely Legowelt-like in the production—its keyboard layers are saturated with chorus effects and its wobbly drum sounds make you look at the bass in a whole new light. Alternatively, “Transformation of the Universe” is house music at its most Zen. The keyboard sample used throughout is revealed in closing moments to be almost life-affirming, yet it becomes twisted at times into something unexpectedly funky.

For those who come into Paranormal looking for straight up techno-house, the last half of the album delivers. “I Only Move for U” is a manic ride through a 303 bass line and devastated-sounding 4/4 hi-hat, ending with a clever Kraftwerk-inspired lead. Similarly, “Voice of Triumph” is quintessential acid-house. Legowelt keeps it to a strict three minutes, the sci-fi infused keyboard climaxing at the end. One of the signatures of Legowelt's work is his mastery in infusing just the right amount of futurism. In any other producer's hands, “Renegade of a New Age” would be New Age music. Yet the shuffle beat and synth stab take the track into vastly different territory; it's a neo-rave taking place in a Blade Runner universe.

Overall, Paranormal is an enjoyable ride on the Legowelt train. Yet, despite its departure in length from The TEAC Life, the album still feels like it should have been half as long. But with someone as prolific as Legowelt, fans can appreciate the consistency of what he's doing, warts and all.