Neil Young and the Black Metal of Drudkh

Everybody knows this is nowhere. 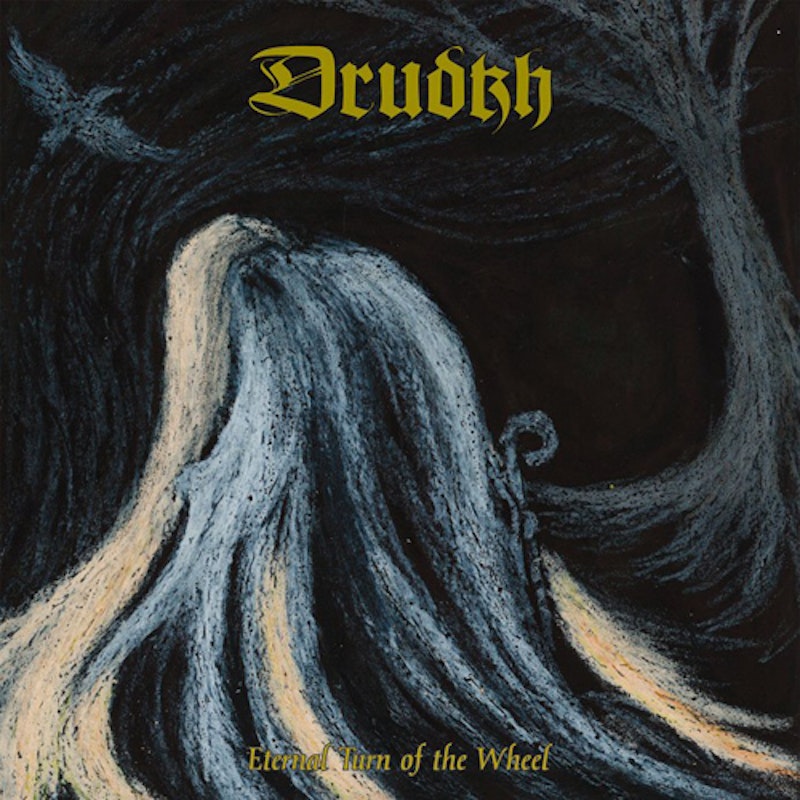 Listening to the latest Drudkh album, Eternal Turn of the Wheel, it suddenly struck me. Black metal — it's all Neil Young's fault. Consider the evidence. On the one hand, folk-based acoustic melodies; on the other, high-volume ear-blasting drony electric mayhem. Plus, vocalists screaming like demons are trying to crawl out of their skulls.

Okay, so that last bit doesn't exactly fit Neil Young. But the rest of it is oddly congruent. Young's combination of laid-back folk with vicious rock squall has been widely influential—where would My Bloody Valentine be without it?—but black metal has to be one of the weirdest permutations. And yet, listening to the Ukrainian horde that is Drudkh, there's no question there's a link. The album's droning, buzzing volume turns, and is intended to turn, into an all-encompassing bludgeoning lyrical romanticism. It's folk music as wind tunnel.

Part of the reason it's unexpected to suddenly see the connection between Young and black metal is simply that extreme metal is so isolated from the rest of the rock tradition—not just in its audience, but in its attitude. When you listen to Young's "Ambulance Blues," off of his fantastic 1974 album On the Beach, the first words you hear are "Back in the old folky days." The song, in other words, is intensely self-aware; it talks about folk music even as it turns its folk influences into an endless, dragging, dirge, gorgeous in its ugliness. The fiddle that staggers through the track sounds like it's dragging across bone, while Young obscurely sneers at critics and promoters, and warbles, "I guess I'll call it sickness gone/It's hard to say the meaning of this song/an ambulance can only go so fast/it's easy to get buried in the past." Young takes traditional music, slows it down and empties it out, till all that's left is his own drugged-out genius, a swagger in a wasteland. Young's on top of the irony, of course; he's turning traditional styles into music about his own genius, and then using that genius to mourn the loss of the meaning he's hijacked. The beautiful blankness of modernity is born out of the self-reflexive self-immolation of the past, squeezing joy out of slowly crushing everything in which you ever took joy.

In other words, Young's a rock star; the tension in his music between folk and modern is worked out through the mediation of his own individual contribution and celebrity. Drudkh has most of the same terms… but they run them in reverse. There's no irony and not even really an identifiable individual voice per se. I doubt I'd be able to understand the shrieked lyrics even if I spoke Ukrainian… but in any case, I don't think the band is engaging in arch commentary over the earnest wind noises and occasional bird calls. If Young pulverizes folk music beneath the earache of modernity, Drudkh's remorseless, slogging drums seem to want to use modernity to puff folk music up into an enormous, sinister, weaponized landscape. Drudkh takes Young's ambivalent noise and deploys it as a rush of purifying fire. If there's ever a remake of Children of the Corn, Drudkh is the soundtrack to play while we're panning ominously over the fields and/or sacrificing callow tourists (perhaps Neil Young fans?) to ancient and implacable gods.

I don't know if Drudkh ever listened to Neil Young—quite possibly they didn't. But whether or not, they're definitely talking about the same things, and doing so using some of the same language. Other rock icons, from Led Zeppelin to Dylan, balanced folk sources with Sturm und Drung pyrotechnics, but whatever their other virtues, few managed Young's high-volume bleakness. For Young, that bleakness is testament to an ironic, nostalgic meaninglessness. In Drudkh, and in black metal in general, it resurfaces as an ominous meaning.