There are a lot of country songs about mourning lost loves, but fewer about grief. 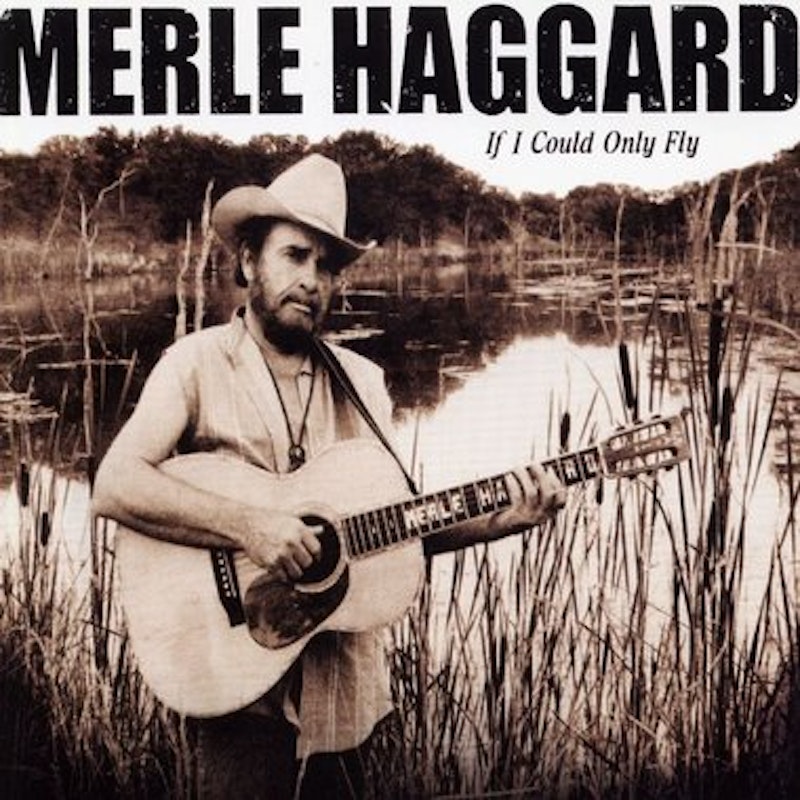 Time hasn't been kind to Merle Haggard. Peers like Johnny Cash, Willie Nelson, Emmylou Harris, and even Loretta Lynn have managed to turn their hipster cred into viable second and even third acts. You can argue about whether Teatro was an aesthetic breakthrough or a bloated echoey abomination, but at least it was packaged, marketed and reviewed like it mattered. You can argue about whether Rick Rubin is a genius or a pompous git, but at least those last Johnny Cash albums were treated like events rather than afterthoughts. Country stars are pop stars, which means that they need some sort of media arc—hits or hipness—if they aren't going to sink into an uncomfortable self-parody. Almeda Riddle or Marion Williams can sing for 12 people and make sense as bearers of a faith, a tradition, and a legacy. Blue Oyster Cult singing at your corporate event is just sad for everyone.

I don't know if Merle Haggard sings corporate events or not, but his output of the last 30 years has had an air of painful inconsequence. In the 1990s, his label Curb couldn't even bother coming up with titles or art —1994's 1994 with its functional black cover was some sort of nadir in the annals of marketing. Or at least, it was until two years later, when 1996's 1996 appeared with exactly the same design, except in slate gray. More recent efforts haven't been quite so flagrantly half-assed, but they haven't exactly seemed urgent either. Whether it's a de rigueur bluegrass exercise or mediocre re-workings of his old formula, Haggard's output has mostly felt like an excuse to have something new to sell at concerts.

There's one exception: his 2001 album If I Could Only Fly.

Released on the punk label Anti-, If I Could Only Fly may not be Haggard's greatest album (I'd probably vote for 1968’s Mama Tried.) But it's close. Moreover, while Haggard's 60s and 70s output can blur together, If I Could Only Fly is something different—at once smoother and rougher than the classic Haggard sound. Though the music doesn't have the (often gloriously) gloppy sheen of 80s albums like Big City, neither does it have the live-sounding, hillbilly boogie edge of his early tracks. Instead, the band is swinging and smooth, a kind of dreamy, edges-rounded version of the Haggard sound.

Against this easy background, Haggard does some of the best singing he's ever committed to tape, which means some of the best country singing ever. Age has eroded his purity of tone and his control—but that only gives him more authority.  There's a touch of George Jones in the way he wavers around the key in the opening couplet of "Wishing All These Old Things Were New." "Watching while some old friends do a line/holding back the want to in my own addicted mind/Wishing it was still a thing even I could do/Wishing all these old things were new." The guitar is a slower, more melancholy version of Roy Nichols' Bakersfield sound, and Haggard can't quite hit the note as he goes up on "want to," can't hold on as he draws out the syllable on "do," and has to take a breath in the middle. And yet you can still hear the mastery as he goes deep and puts a catch in "were new." It's about failure, but the performance itself isn't a failure. If it sounds old, that oldness makes it new.

There are some nice uptempo tunes too; Haggard's laid-back phrasing makes "Honky Tonk Mama" one of his most enjoyable Western swing tunes. The best tracks, though, are though bittersweet ballads, which eschew straight country heartbreak for a mix of world-weary nostalgia, resignation, cynicism, and hope. "If I Could Only Fly" turns Haggard's curtailed register into its central metaphor—his voice trying and scrabbling to lift as a lifetime of technique struggling against a lifetime of living. "Almost felt you touching me just now… I feel so good/and then I feel so bad… If I could only fly/I'd bid this place goodbye/to come and be with you." It may be about being on the road and missing home, but it's also, a la Robert Frost, about being on the road and missing home. When Haggard painfully draws out the phrases and the harmonica wails, you can hear time stretching out, as if each moment is too long and at the same time not long enough.

There are a lot of country songs about mourning lost loves, but fewer about grief. Nor are there many country albums about age. Even Cash's justly celebrated final work was more about his ongoing vitality than his approaching end. If I Could Only Fly, though, is about acknowledging that you can't anymore. Haggard's output these days may not matter much, but at least he recorded one album that turned that not-mattering into art—a timeless reminder that time will take you on.