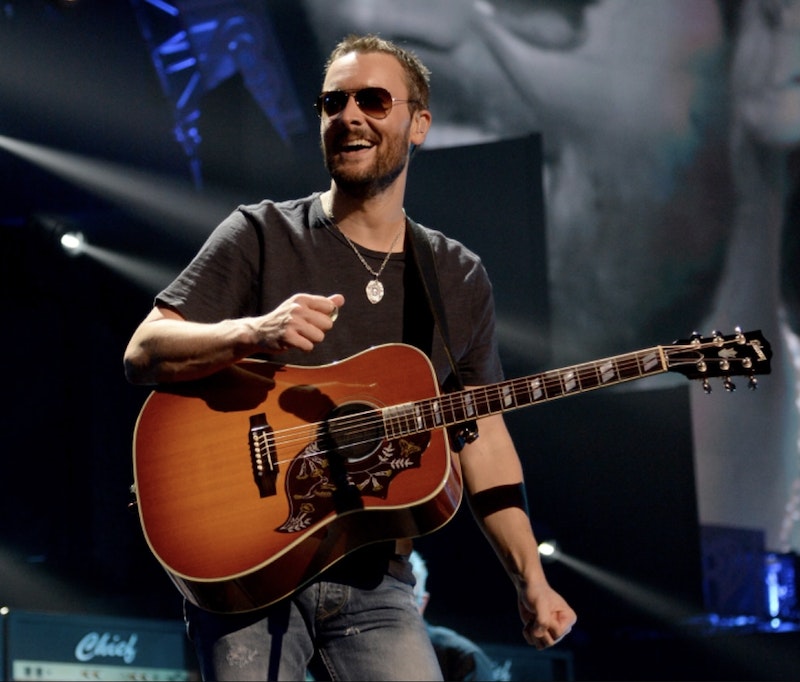 The pause in live performance has had many effects on recorded country music, for better and worse. Mostly for better, I think.Take Eric Church, who won the CMA entertainer of the year early in 2020 after spending more or less all of 2019 on tour, which is how most of the top country stars spend most years.With the Silver Eagle up on blocks, he turned to writing and recording, releasing the triple album Heart & Soul over the last couple of weeks. Taylor Swift probably needs to pull a long tour in 2022, or we'll never catch up with the recordings she's releasing. Morgan Wallen released the 30-cut Dangerous in January, still the year's best country album. It's more carefully made, and much longer, than it would’ve been in another year.

Each of these artists is probably hitting more varied emotional notes and incorporating more musical influences than previously, either because this is a particularly eclectic moment, or because they had time to listen to a bunch of stuff and try things out. Isolation also brought reflection, or a simulation of it, and left country singers and others of us yearning for interrupted connections and with various experiences of loss, from senior years to grandma. There's what we might call a yearning spirituality in a lot of the music now, even if, like the quasi-canceled Wallen, you're still making party songs, now with just a hint of desperation.

These artists expressed their own melancholy, or they projected their songs into our melancholic market, figuring they could move people, and merchandise too. Popular music sounds to me a little more contemplative and a little more authentic than in 2019, with a little slower tempo, a bit more self-revelation, a bit fewer vocal effects coming between the singer and the audience. Suddenly sheer bro country, with its electronic rhythm tracks and its slide-over-here-baby-and-gimme-some-sugar, sounds over. Or maybe I'm just wishing.

Eric Church was always sitting there waiting, and throughout the bro era was one of the previously-established country stars, as also Jason Aldean, who more or less just kept going in their pre-bro mode. You like their Springsteen-inflected Southern rock or not, but even through the plague of bros they were the most enduring stars, and the ones to whom the audiences felt the most connection. It's not hard to understand why: through everything, their voices and guitars were detectible. I don't know what you have when you lose that connection, or when the vocalist is a cyborg. It ain't country, though.

I've been listening, voluntarily and repeatedly, to two-thirds of Church's triple album (25 cuts), the "Heart" and "Soul" thirds. The third third, titled "&" is available at the moment only to members of the Church Choir. It's all very conceptual. Now, I'd like to hear “&,” but I don't quite have that fan-club-level commitment to Eric Church.

Heart and Soul do seem to be somewhat distinctive stylistically. The former's basic references are from 1970s rock, and there are paraphrases of Springsteen, Mellencamp, Seger, Steve Miller, and Billy Joel all around, including some pretty big and dramatic productions. A song like "Heart of the Night" leaves a Boomer trying to pluck out all the detailed classic-rock references; it reads like a parody, though it's well-constructed and sung. Still, I find it excruciating. Then again, Heart expands into stylistic and emotional eclecticism as it goes on, as on the gentle, depressive "People Break" or the fine "Crazyland."

And it manages to go political as well (one vibes that Church is more progressive than some of his country colleagues), as on the wild single "Stick That in Your Country Song": "Take me up to Detroit City. Jails are full, the factories empty… Drop me off in Baltimore, where every other window's got a plywood board. Stick that in your country song." Now, if Church were Hank Jr., Detroit and Baltimore would show up in his country song under anathema (with a whiff of racism). I have a feeling that Church's lyric is intended to express support of BLM, though I'm sorry to say that it's just a little hard to tell.

Overall, I prefer the Soul suite, in which the arrangements are more stripped-down overall and the songs are bluesier. Classic rock still provides the basic references, though here they're more Clapton and Stones. In particular, several songs showcase Joanna Cotten, the fine soul singer who's figured centrally in Church's stage shows for a decade. Here, she refers throughout to Merry Clayton's performance on "Gimme Shelter." Church and Cotten sing beautifully together, and maybe she, like Clayton, should be getting more credit.

As on many Church albums, the lyrics are inconsistent, though he's not responsible for most of the writing this time. I mean, do you really want to build a song around "You look good and you know it"? And I'm not sure I want to hear formerly hyper-macho Church exploring his toxic masculinity to the tune of "it's okay to cry, it's okay to cry," like fucking Robert Bly. Then the next minute he's right back to "I'm an if-it's-not-broke-I'ma-break-it kind of guy. I tell my eagle where to fly." But Soul is just loose and cleanly made American "roots music," an uber-genre which now incorporates the whole history of rock 'n’ roll, as well as blues and country.

I assume that Church will spend 2022 on the road, reconnecting with the Choir. I wonder if he'll make a record as good as Soul, though.