Lil Yachty's Subversion of the Hip-Hop Canon Is Brilliant

But his music still sucks. 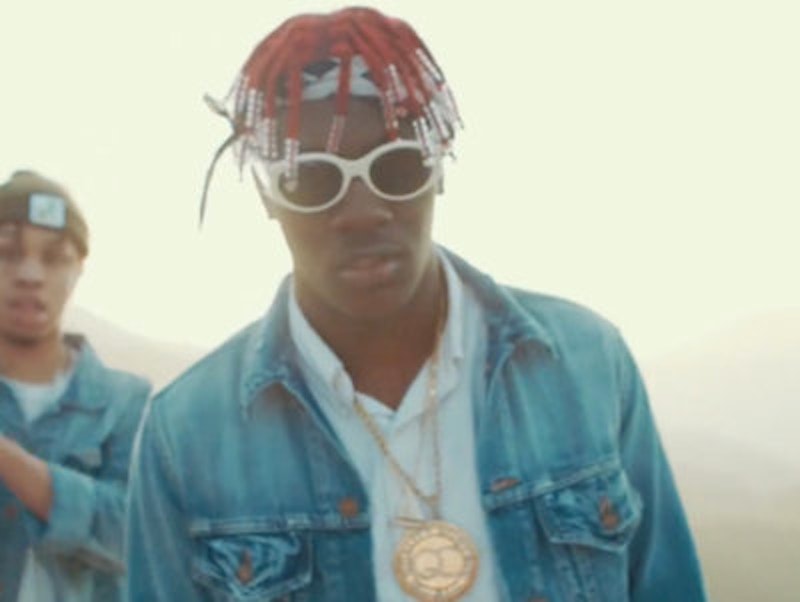 Adults hate Lil Yachty. On any given day, a 1990s hip-hop veteran will blast the millennial ATLien for his stupid lyrics; a music journalist will call him a watered-down Makonnen. Even Anderson .Paak, a fellow 2016 XXL Freshman, called him out on Twitter for not "know[ing] anything about hip hop history" after Yachty claimed he couldn't name five Biggie or Tupac songs.

Maybe that's what so threatening about Yachty: he's a 19-year-old kid who knows nothing about pre-Based God hip-hop—and, more importantly, shows no desire to educate himself on the subject—yet he's still playing sold-out shows and signing exclusive distribution deals with Apple. 90s figureheads, like Pete Rock, think this kid and his cohorts are erasing their legacies by not respecting antiquated notions of lyricism and lineage. Yachty should acknowledge the cultural importance of The Infamous, or "T.R.O.Y.," because…why? Because over-the-hill artists have fragile egos. It's no coincidence that Kanye West—who's 39 and more relevant than ever—has embraced the younger generation and incorporated their sound into his music.

.Paak's problem with Yachty is most likely less about relevance than bitterness. .Paak is a technically proficient singer, rapper, and multi-instrumentalist who rose to prominence gradually, by honing his craft and slowly gaining momentum. For a 30-year-old with a wife and kid to support, it must be frustrating to see Yachty explode overnight.

But, ridiculous as it may be that Yachty blew up with only four months of experience, he's right: why should he care about Tupac and Biggie? If every young rapper worshipped the boom-bap canon, then the new school of hip-hop would just be a group of sycophantic Troy Ave approximations. And in regards to the West coast, YG is already expanding on Tupac's sonic legacy, while Kendrick Lamar is carrying his ethos into the 21st century. Yachty's Biggie is Soulja Boy; his Tupac is Lil B. That accounts for the distinctiveness of his sound: these positive, free associative lyrics and saccharine, Mario 64-sounding beats could only come from a kid raised on the Internet.

Theoretically, Yachty is great. The only problem is that he sucks.

That might be too harsh; after all, he's only 19. But unlike his peers, who are doing just as much work to shift hip-hop into a more idiosyncratic direction—like Young Thug, Lil Uzi Vert, Vince Staples, and Denzel Curry—Yachty doesn't have many innate musical talents. He has a gift for melody—"One Night," "Minnesota," and "King of Teens" are catchy—but that's about it. His verses are formless, drifting from one unrelated thought to the next. This is not the precise free association of the best Lil B or Pavement, either; his lyrics are stupid.

To be fair, Yachty claims he doesn't care about his lyrics. At the same time, it's one thing to value sound over content, and to another to sing "Touch my gang we gonna turn this shit to Columbine" or "She suck me like a Push Pop/She love cock" with a straight face. And to make things worse, Yachty also can't rap. He has trouble keeping up with beats, and frequently stumbles over his own words.

I love the idea of Yachty so much that when Summer Songs 2 came out last July, I played it constantly for three days. And I was excited about it for the first couple listens, but then the flimsiness of the mixtape became clearer and clearer, and now the only song I listen to is "King of Teens" (a track where, tellingly, he doesn't rap).

By the end of that third day in July, I asked myself: Why do I want to like Lil Yachty so badly? Why do I feel the need to keep playing this amateurish mixtape on repeat? And then I thought about the interviews I've watched with him, the skits he's filmed, the energy he brought to his live set, opening for Young Thug last May. He's a natural star—charismatic, handsome, distinctive—and that's where his popularity lies. It's just too bad his music blows.