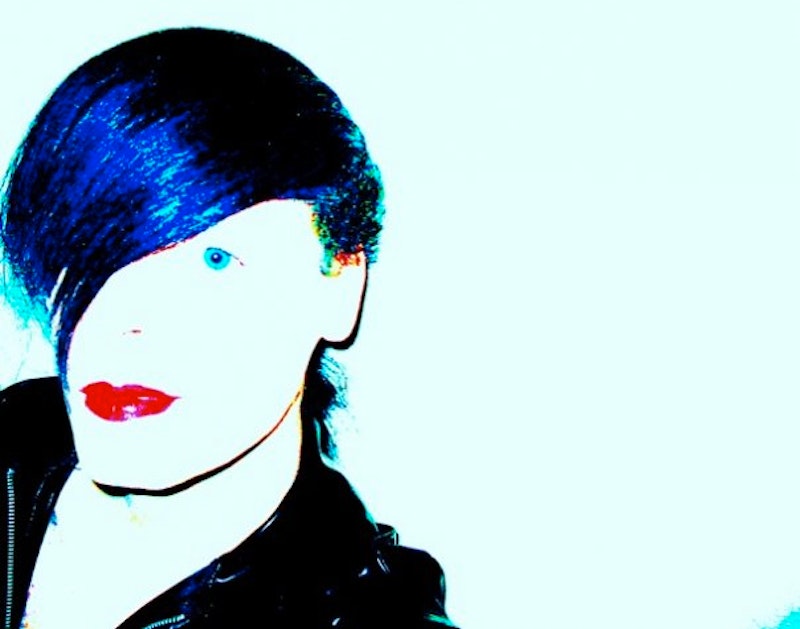 The grinding whirr underlying the night of the fuhrer 2: ghost storm (ost) brings to mind Motorola’s “Droid” sound effect: a iconic, cybernetic groan, which, in mere seconds, crystallizes and blurs shared past, present, and future notions of a tamed dystopian boredom. ghost storm is the soundtrack to a film that doesn’t exist, but it’s hardly a stretch to claim we’re living through it one idle click at a time. Of course, it’s easier to accept this idea than it would be to imagine what shape the actual movie might take, because the actual movie would be horrifying.

“nazi ghost robot control centre” is three moments of horizontal, fluttering drone, like a dial tone drained of character or urgency; it just exists as thrumming, indifferent energy source, unvarying and half-comatose, balefully hovering in mid-air. “centre” doesn’t have much use for feelings. The track can’t even muster up any sort of malevolence; it just doesn’t care, and it’s aware that we know it doesn’t care and couldn’t care less about that reaction. You enter an office building and approach the receptionist’s desk, but you don’t say anything, because the receptionist is gazing through you with an inhumanity so profound that you may as well not even be standing there.