Imagine no possessions? It's not so easy, no matter how hard you try. 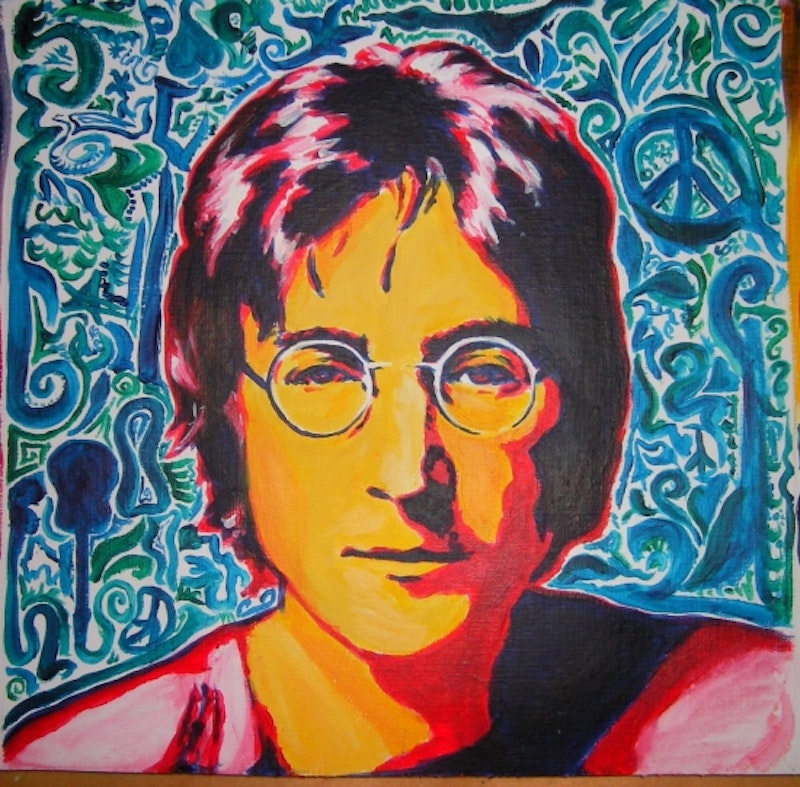 Lest anyone think that John Lennon’s 70th birthday was going to pass unremarked by the ever-more-desperate record industry, be aware that, come October 5—three days before Lennon would have become a septuagenarian—the marketplace will be flooded with product: Eight re-mastered solo albums, another hits collection, a “stripped-down” version of Double Fantasy, and two box sets.

That the second-oldest Beatle would be 70 this year is enough to give even the most casual Beatlemaniac pause. What kind of music would Lennon have produced over the past 30 years? I’d like to think that, once he’d reacclimatized himself to the ways of the industry, he’d have left the homespun homilies of Double Fantasy and Milk and Honey behind to rededicate himself to social causes and music that was at least a bit more cutting-edge than those two AOR-ready discs.

Whether or not he could have navigated the 1980s any better than Paul McCartney is hard to guess, though the specters of ghastly duets like “Ebony and Ivory” and “The Girl Is Mine” favor Lennon, whose only post-Beatles duet—the Elton John-featuring “Whatever Gets You Through the Night”—remains a pleasantly hummable bit of pop piffle.

The re-mastered versions of the official solo sets will probably sound fine, even if all of them were already re-mastered just a few years ago. There will be no bonus tracks, though the press release does promise “booklets with photos and new liner notes by noted British music journalist Paul Du Noyer.”

There’s also Power to the People: The Hits, Lennon’s 900th posthumous compilation of such, where the usual suspects (“Imagine,” “Cold Turkey,” “Instant Karma!”) are joined by the likes of “Gimme Some Truth”—a strong number, but never released as a single and thus only considered as a “hit” in some potentially greater alternate universe, one where collections such as these do not exist.

Which brings us to the pricy box sets. The four-disc Gimme Some Truth jumbles the chronology of Lennon’s solo years to produce “themed” sets like Roots (basically the oldies Rock n Roll album, along with some similar titles) and Woman, supposedly centered upon his love songs. That anyone already owning the catalog can achieve the same effect with iTunes goes unremarked.

Truth lists at a relatively reasonable $38.99, while the 11-disc Signature Box costs $189.99. For that you get the eight official albums, a disc of non-album singles, and a disc of previously unreleased demos and studio outtakes. Despite the inclusion of “personal essays” by Yoko, Sean, and Julian Lennon, you’re probably better off waiting for those outtakes to hit iTunes, or hunting down more comprehensive bootlegs.

And that leaves Double Fantasy Stripped Down, the one truly provocative offering of the campaign. This promises a back-to-basics mix of the last album Lennon released in his lifetime, minus the goop and syrup that infected some of its tracks. That it was overseen by Yoko and Fantasy producer Jack Douglas, who were at least partly responsible for the goop in the first place, is reason for pause, but at least it shows some actual effort and concern for the legacy, unlike the rest of this stuff, which is plainly concerned only about quarterly earnings statements. McCartney’s also in on it, via a three-disc/one-DVD version of Band on the Run, listing for $99.98 but not out until November 2, to allow some breathing room.