Is Jay-Z The Greatest Rapper of All Time?

A handful of New York and Detroit shows say yes. 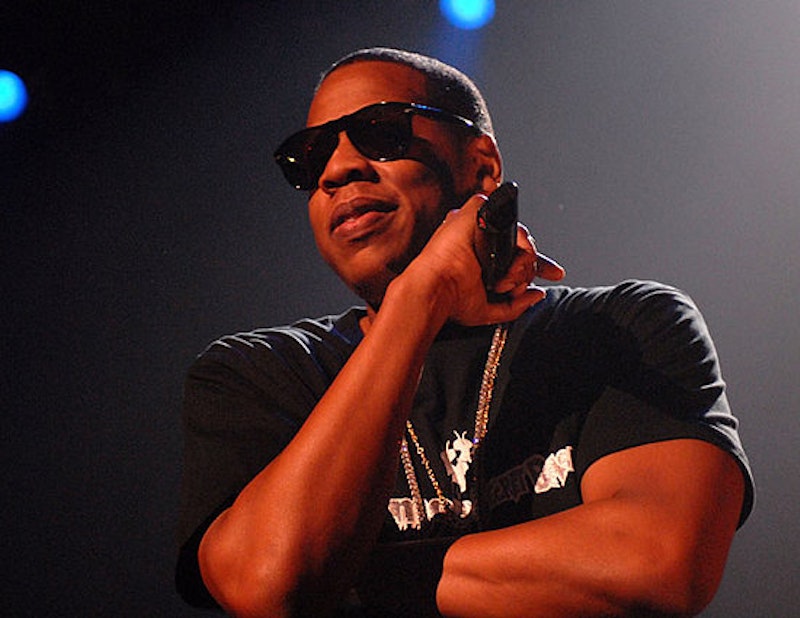 The triumphant concerts at Yankee Stadium this week, and in Detroit earlier this month, co-headlined by Jay-Z and Eminem have renewed arguments over whether either of them is what LL Cool J once termed the G.O.A.T.—greatest of all time. “This was the show that all other hip-hop shows will be judged against,” decreed Newsday (subscription required) about the first NYC show, and other critics were likewise hyperbolic: A writer for MTV.com compared the guest star-heavy shows to The Last Waltz , while the New York Times’ reliably windy Jon Caramanica declared, “When you’ve run out of peaks, all that’s left are ridiculous, sublime stunts, new ways to climb old mountains.”

Declaring an artist of any genre or medium its “best” is a fool’s game (Picasso or Rothko? Beethoven or Mozart? Snooki or Paris?), but it’s hard not to at least consider the question in hip-hop in the face of such effusions. Eminem delivered a surprisingly strong selling album, Recovery, in June that at least partially indicated that the increased navel-gazing so prevalent on his previous Relapse releases had been overcome. (And yet, for all its catchiness, the current single “Love the Way You Lie” includes the already infamous rhyme, “Now you get to watch her leave out the window/Guess that’s why they call it window pane” is one for the ages—and not in a good way.)

Yet Em, certainly on top of the world around the time of 8 Mile, has since sunken too far into self-parody to be believed. That thousand-mile stare he continues to employ has gone from spooky to silly, and the joyless recitation of a relatively humorous “Top 10 List” on Letterman would seem to indicate that his sense of humor—a key ingredient on his early releases—has more or less abandoned him.

Playing the hard guy fits Jay-Z better in a number of ways. The impact of the various Blueprint albums is still being felt, as is The Black Album, which also inadvertently managed to both make Danger Mouse a household name and provide curious hip-hop heads entry into Radiohead.

Inviting guests to come along for the ride on an album or in concert is de rigueur in hip-hop these days, but no one does it better, and with more élan, than Jay. He’s the Robert Altman of rap; anybody who’s anybody will drop everything to work with him, whether it’s Kanye West, Dr. Dre or Eminem. The occasional missteps—that horrible “Hope for Haiti” collaboration with U2 immediately springs to mind—are minimized by his greater works. That he’s managed to bag Beyonce doesn’t hurt either.

It’s when you consider the genre’s history that calling Jay “the greatest ever” gets tricky. Progenitors like Kurtis Blow and Afrika Bambaataa; early Def Jam acts like Cool J and Public Enemy; the various members of NWA; Rakim; Biggie/Tupac; arguments can be made for them all.

And yet Shawn Carter’s achievements both as an artist and entrepreneur make him a unique entity. Given the performance below at Yankee Stadium of the new single “Monster”—whose supporting cast includes Rick Ross, Nicki Minaj, and of all people Bon Iver—I’d say he still comes out on top.