My wild ride for Melody Maker. 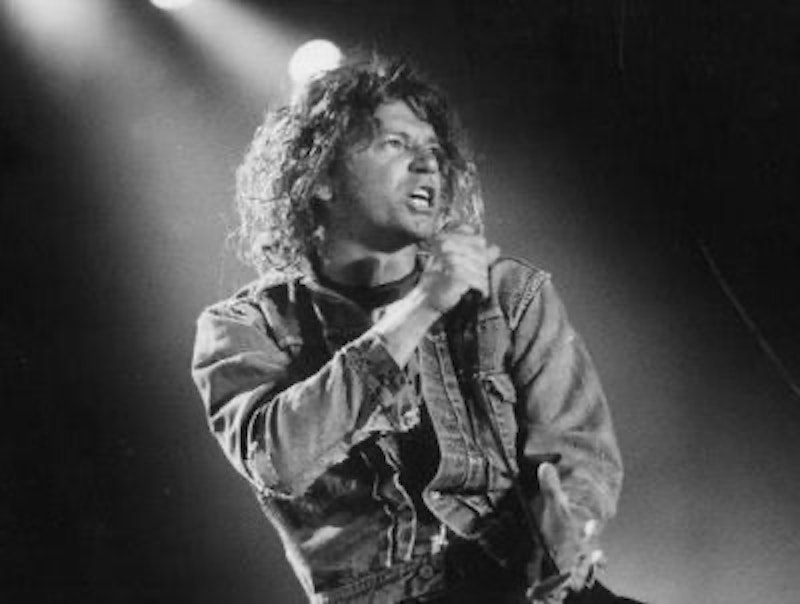 Can I tell you a story? It's late 1983 or early '84. I'm living in poverty in London with my girlfriend (eventually wife) Rachael in a Chiswick bedsit. She’s cleaning nice British people's houses illegally; I’m busking on the Tube and writing for Melody Maker. I'm in there every week, sometimes with multiple pieces, but they’re paying five lbs a pop, if I remember right, more for a big feature like when I interviewed Cyndi Lauper, or would’ve interviewed Chrissie Hynde—my crush except she slammed the dressing-room door on (not in, note) my face at the Hammersmith Odeon. That only made me love her more, but made it five again.

Anyway, Melody Maker gave me a plum assignment: fly to Paris for two days, interview INXS and see two shows, and see how far you can get inside the scene. They were supposed to be these insane Australian guys, the hardest-partying pretty boys the world had ever known. Plus I actually thought they were a good pop band. I was not necessarily the person you'd choose for this. I did drink and do drugs, but there was nothing I hated like a big party scene. This is fine if you're a record reviewer, not if you are doing big tour piece. But they were not only flying me to Paris, they were paying me what I'd made for the last 40 pieces.

Somehow I paired up with the guy from New Music Express on the plane over; we might’ve known each other from gigs. He’d gotten the very same rap: here are the passes. We talked to their people. Do not go to the show and then back to the hotel.  Get the real story. He was this geeky-tall dude fresh caught from Oxford. We looked at each other with some fear, and set to, arguing about music.

We checked into the hotel and cabbed over to the gig at a theater. I think it was one of those events where the stadium-type band plays around five straight nights at a middle-sized venue. Good show, just what you were expecting, very pro. Michael Hutchence was a pretty paradigm lead singer/showman/sex symbol type, kind of the next iteration of Jagger and Steven Tyler. I was going to write about that. We head backstage, and not only are they glad to see us, they are drinking whatever was the best champagne available in France and doing coke from these little mounds. There were also 10 of the world's most beautiful women in there, like nothing I had ever seen in my fucking life. And no other guys but my boy and me and the band.

Plenty to go around! said Hutchence in his Aussie accent. I’m trying to enter into the spirit of the thing, but to begin to form the picture think about how my boy and me look in this context. I am wearing clothes from church rumble sales. I cut my own hair without a mirror before I came because the old lady down the hall would occupy the bathroom for two hours. I am 5'7" and not the very worst in maybe a grad school context, but I’m standing next to Hutchence and co. with women whose sudden appearance would flummox any heterosexual man. I'm 24 and felt 14.

We split up into two limos. One critic to each limo with some band guys and plenty of girls. We hit multiple stops; I have no idea; socialites' special parties where there's Margaret Trudeau or something? It got to where we were the most hilarious thing ever. They were all like, we brought our writing staff! They say they want to do a biography of Michael! He's a redneck American; he goes to Oxford! He's five feet tall; he's seven! Aren't they scruffy? Let's see how far they'll go!

We did our part, because we were easily the most verbal people in the region and were competing madly with each other; the whole way over it was music history trivia and assessments of the gigging bands in London etc. He was so pathetically wrong about everything. Anyway: my god don't they talk! Let's see if we can shut them up!

After that it is a complete blank. I have this vague notion that they rolled me out of the limo in front of the hotel. Both the NME guy and me missed the gig the next night. But the Paris paper said they played great (my boy read French, the fucker). We’d collapsed into one room somehow and sat there groaning, thinking about how to approach our editors. We had this notion that we could help each other fabricate stories that would be long enough and seem plausible and still have some hijinks etc. We offered to write them for each other.

Oddly enough we both had little bundles of our own clips along, and we decided that—though each of us regarded ourselves as a unique genius and though we disagreed about every pop act who ever played—our prose styles might be indistinguishable to the general reader or editor. We thought it’d be fun to try; we were trying to comfort ourselves, like curling up and rocking back and forth for a while. We thought we'd tell Michael, and he'd still think we were hilarious, and he'd invite us to the next tour, and we'd remember this time and write genius articles. In addition, we were each engaged in covert self-examination for clues as to what might’ve happened with whom. Then we drank a little more and passed out and missed our plane back in the morning.

I think he had a girl who was still at Oxford, or maybe U London. Both young women were worried about our drinking, as I recall; maybe we'd both promised to be temperate and chaste. We had to figure out some fabrications there too, and we were helping each other. We could confirm each other’s stories and meet each other's lovelies! We never did get any of the pieces to fit, like how we missed the plane back, and why the articles looked wrong when they came out and so on and we just sort of gave up eventually over lunch in London.

I made five, but the editor sent me out again as soon as I returned because he liked the review of the show. He just sat there shaking his head as I kind of vaguely drew the picture. He'd seen it before.

Hutchence died in 1997, by autoerotic asphyxiation. It has rather a mythological quality. At the moment I heard about his death, I committed myself firmly to the basic principle by which I've lived from that moment to this: never die by auto-erotic asphyxiation. The obits are excruciating.